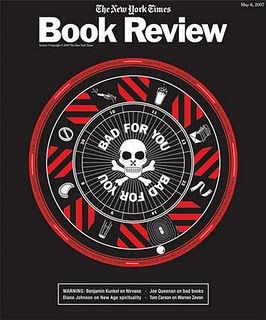 Although the reviewer described the book’s author as a member of a “despised fringe group” at Hampshire — which should have raised flags about his credibility — the review highlighted the book’s depiction of Hampshire as “a laboratory of self-mythologizing.” The reviewer also condescendingly refers to Hampshire students as among the “East Coast hippie majority” — despite the book’s setting in the late 80’s and early 90’s. The only reason to review such an obscure memoir is to denigrate a liberal institution, which has become all too typical in the New York Times Book Review section.

Anyone paying close attention to the Sunday New York Times would notice a trend away from reviews of contemporary political books, particularly those that offer progressive perspectives on current politics and/or social movements. The Times has developed a particular attraction to celebrity bios, while offering lengthy front-page reviews of books about such conservative icons as Ayn Rand and William F. Buckley. ...

The Truth About Hampshire College

Why would the Times use its scarce Book Review space to promote a memoir about an author’s random small college experience in the late 80’s and early 90’s? Because Times’ editors clearly see Hampshire College as one of those 60’s era institutions that refuses to change with the times, and must be prodded to do so by the Times’ promoting books that mock such throwbacks. ...

Randy Shaw is the author of Beyond the Fields: Cesar Chavez, the UFW and the Struggle for Justice in the 21st Century.