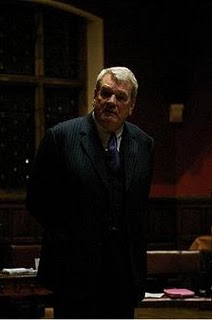 ​David Irving, a British historian with controversial views of the Holocaust, whose speaking engagement last month in Manalapan was marred by a stabbing between neo-Nazis, has had his websites attacked and his email hacked by a group claiming "anti-fascist" motives.

It happened on Friday, apparently, just a day before Irving's speech in New York City. Both of Irving's websites remain down and a link from wikileaks.com takes you to the hackers' loot: Irving's private email inbox and address book. We couldn't resist taking a peek, if only to get some insight on the mysterious events of that evening at the Ritz-Carlton.

Judging by his email correspondence, Irving hired a private security operation called Tip of the Spear, which specializes in protecting figures with "traditional white values." His note is addressed to a man named John, who has the same address as the one on that website. On October 27 -- the day after Irving's speech was interrupted by a scuffle in which one man in the audience stabbed another -- the author told John he'd be barred from future events. He wrote:

Among your guests, it appears, were some who caused a serious affray and damage to hotel property. Their appearance caused us immediate problems with the hotel management, as you must have appreciated, and they will not allow us to rent their fine facilities again. The press have been phoning me and I have had to express my deep sense of shame about what happened.

That same day, John responded by expressing his regret for Irving's decision but suggesting that the author accept a portion of the blame for the guests' behavior:

My sources within law enforcement tell me that the husband or boyfriend of the woman that was going to sell books for you brought several knives and a firearm that he dumped out of his pocket while running away from the authorities. I have seen the security tape that clearly shows the gentleman using the knife in an aggressive and not defensive manner.

John accused Irving of using the "tactics of your opponents" in making a scapegoat of him, when he deserved credit for preventing an even more violent encounter. Said John:

If I had not walked out into the hallway when I did and removed the knife from the young man's hand then someone may have been killed. The weapon could have been used against the young man if it came into the possession of a less responsible individual. This was the extent of my involvement and I have never seen any of those people that were involved prior to that evening.

All the same, John expressed his willingness to "respect" Irving's wishes and pledged that he would "continue to support and admire (Irving's) work." John did not immediately respond to questions sent to his email address.

Schadenfreude aside, let's be clear that even anti-Semitic historians like Irving have sacred rights to free speech and to privacy. By violating those rights, the hackers lost any moral high ground they may have had when they were merely critics of his work.

I've just received an email from Irving himself and I'll post his remarks after I speak with him.