Another Dead 9/11 Activist Based at St. Marks to Add to the Names Duncan and Blake 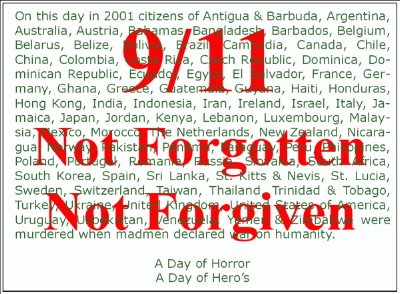 Another peculiar death to tickle MediaBistro's Kate Coe: Peg Carter: "There are two people I saw at those Church meetings who ended up dying unnatural deaths. Beside Jeremy Blake, with whom I had a conversation there, was Dan Wallace.... Dan just didn't wake up one morning. 23 years old. The autopsy report was never made public.... Dan was one of the original 'We Are Change' members. He was less likely to follow the bogus leadership and was open to the No Planes research. He also stood up to the police in various street actions. There are more videos in regard to Wallace, but this one came out today: Who Killed Dan Wallace, by 'Scottish Cream 1st.'"
http://synchromysticismforum.phpbb-forum-host.com/viewtopic.php?f=4&t=44&start=70