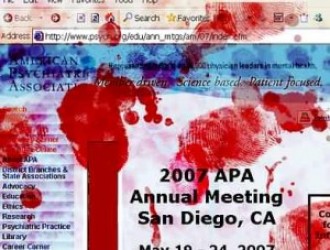 The APA leadership declined to take a stand against torture until their members rebelled. We now know that an outfit hired to toughen our soldiers, Mitchell Jessen & Associates, was also promoting using its tactics to teach torture — one of its trustees had been chair of the APA. ...