America is unique when it comes to giving a platform to climate deniers and skeptics.

According to a new analysis of data released last year, American newspapers are far more likely to publish uncontested claims from climate deniers, many of whom challenge whether the planet is warming at all and are “almost exclusively found” in the U.S. media. The study was published in the journal Environmental Research Letters.

The researchers were trying to answer three important questions: Is climate denial and disinformation as prevalent in the newspapers outside America? Is it mostly right-wing papers publishing these pieces? And what types of skeptics are being published in different countries?

In all three categories, the U.S. emerged as a unique leader in promoting climate denial in the press.

The newspapers surveyed were  Folha de São Paulo and  Estado de São Paulo in Brazil;  People’s Daily and  Beijing Evening News in China;  Le Monde and  Le Figaro in France;  The Hindu and  Times of India in India; the  Guardian/Observer and the  Daily/Sunday Telegraph in the United Kingdom; and the  New York Times and  Wall Street Journal in America. The researchers looked at stories between 2009 and 2010, when the so-called “climategate” story was unfolding. They also compared their findings to coverage in 2007, when the IPCC released its assessment of climate science. In both periods, the percentage of articles containing voices questioning man-made global warming in the U.S. were dramatically higher than other countries. Here’s a chart illustrating 2009 coverage:

The US newspapers had the largest number of articles in percentage  terms  (34%) which contained skeptical voices over the period examined,  and  nearly double the next country which was the UK at 19%. The Chinese   newspapers came next with 7% of all articles, although the figures  were  taken from a low base. India and France followed with roughly 6%,  with  Brazil last at 3%. So, despite the high number of articles in the  Indian  and Brazilian press covering the issue, a very low percentage of  these  included skeptical voices.

So did the political leaning of a newspaper influence its coverage? It’s actually a very mixed picture. When factoring in non-opinion articles, the researchers actually found slightly more articles quoting climate skeptics or deniers in left-leaning newspapers than in right-leaning papers. But when looking at opinion pages, the articles tend to fall within traditional ideological camps — with far more right-leaning publications featuring “uncontested” skeptical voices than left-leaning ones. While France and the UK experienced a similar trend, the U.S. was the leader in this area as well:

In conclusion, we can say that from our sample, there is little evidence   for much difference in the percentage of articles containing skeptical   voices between left-leaning and right-leaning or centrist newspapers  in  Brazil, France and India. However, in the USA and the UK, where   skeptical voices generally appear in much higher numbers, the   differences are more marked. The strongest evidence for a distinction   between left-leaning and right-leaning newspapers can be found in the   opinion pages in France, the UK and the USA, where right-leaning   newspapers are much more likely to include uncontested skeptical voices.

So what kind of voices are being published in these papers? The findings here are also mixed. The researchers break down skeptics into three categories: Those who completely deny the planet is warming (trend skeptics); those who accept that the planet is warming, but question if it’s caused by humans (attribution skeptics); and those who falsely claim that increasing CO2 emissions and a warming planet will be a good thing (impact skeptics).

In Brazil, China, France, India, and the UK, we see a mix of skeptics in the second and third categories who accept that the planet is warming, but question the cause and impact. In the U.S., we see a different trend: a much greater number of deniers who believe that there is no evidence that the planet is warming. (The researchers attribute this to the prominence of Oklahoma Senator James Inhofe, the most outspoken climate denier in Congress, who often appears in news stories).

Such results would support the view that the USA is particularly notable   for the presence of skeptics who question the need for strong climate   change policy proposals.

The study, while only covering newspapers and only looking at two short time periods, shows that American climate denial is unique and more prevalent than in other countries, and that ideology does influence how the topic is covered. From the report’s conclusion:

There is some evidence for arguing that there is a strong  correspondence between the political leaning of a newspaper and its  willingness to quote or use uncontested skeptical voices in opinion  pieces. The distinction between news pages and opinion pages is  important as much of the skepticism in found in the latter category. In  right-leaning newspapers such as the  Wall Street Journal and the  Telegraph, there is very little uncontested skepticism in their news reporting.

There  is also evidence for seeing a greater presence in the US media of the  sort of skepticism which strongly attacks the scientific legitimacy of  climate change policy proposals compared to all the other five countries (with the notable exception of the UK).

Along with the UK, Australia is another country seeing American-style climate denial in the press. A recent analysis from the Australian Center for Independent Journalism found that 73 percent of articles and opinion pieces published in 2011 on a proposed carbon price were negative.

“Some of Australia’s leading newspapers have been so negative in their    reporting of the Gillard government’s carbon policy it’s fair to say    they’ve campaigned against it rather than covered it,” concluded the author of the report.

Previous Article
Thirty New Activists Leading the Radical Right
Next Article
Inside Story of US Envoy’s Assassination: America was ‘Warned of Embassy Attack but Did Nothing’ 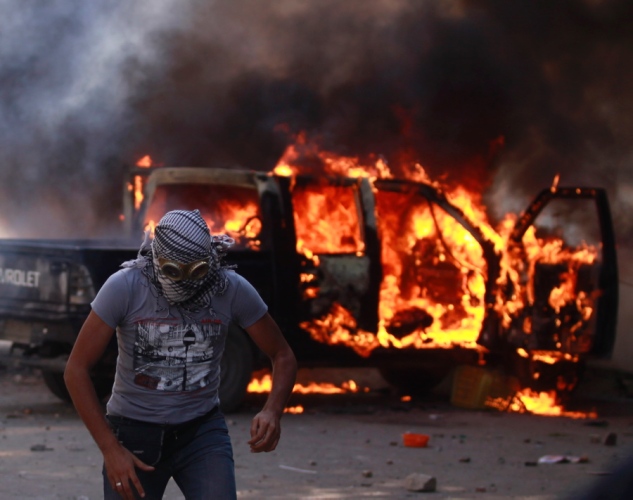 Inside Story of US Envoy’s Assassination: America was ‘Warned of Embassy Attack but Did Nothing’
Oct 10