Ahead of MoMA Exhibit, Art Collector Claims ‘The Scream’ has Nazi History 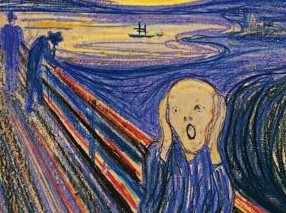 By ISABEL VINCENT and MELISSA KLEIN

Aleady under fire by heirs of Jews whose art was stolen, the Museum of Modern Art plans to display what one man claims is the Nazi’s most famous grab — “The Scream.”

MoMA will unveil an exhibit of the Edvard Munch masterpiece next week. But relatives of German-Jewish banker Hugo Simon, who owned the work in the 1920s and ’30s, came forward before a Sotheby’s auction this spring to contest its sale, and they say it’s wrong for the museum to display it without at least explaining its tragic history.

New York billionaire Leon Black bought the pastel piece — one of four versions of “The Scream,” dated 1895 — for $119.9 million, the highest price ever paid for a work at auction.

Black is a trustee of MoMA and the Metropolitan Museum of Art, both battlegrounds over art that was in Europe during the Nazi era.

As The Post reported last week, MoMA has not returned any such artwork since 2001, when it started investigating its collection for works that may have been looted from victims of Nazi terror.

It had signed an international agreement saying it would seek a “just and fair solution” for disputed art, yet it fought Jewish claims in court.

Rafael Cardoso, a Brazilian curator and Simon’s great-grandson, says his forbear had to sell the treasure when he was declared an enemy of the state and driven from Germany after the Nazis came to power in 1933.

“He was living under direct threat to his life,” he told The Post.

In the early years of their rule, the Nazis made it difficult for Jews to remove assets, says Peter Black, a senior historian at the US Holocaust Memorial Museum in DC.

“Jews were giving up what they couldn’t hide,” he said.

Simon, a top collector, consigned the piece to a Swiss gallery.

He and his family escaped to Paris. And when the Nazis invaded France in May 1940, they acquired fake passports and immigrated to Brazil, where he died in 1950.

The work wound up in the hands of a Norwegian shipbuilding family that hid it for five years in a barn after the Germans invaded Norway in 1940. The Nazis deemed it “degenerate” art and would have sold or destroyed it.

It’s unknown whether Simon was compensated for the sale of the work.

“The subject was never talked about by my grandparents, but we always knew they had been very rich and lost everything,” said Cardoso, who is now in Berlin researching Simon for a book.

When Cardoso contested the Sotheby’s sale, he was offered $250,000 by the seller, Petter Olsen, to go to a charity of his choice. The donation, however, would be in the seller’s name.

“The conditions of the offer were insulting,” Cardoso said, adding his family felt it would have been appropriate for the donation to be made in Simon’s name.

“We have no interest whatsoever in this except as a moral issue: in the general sense that the legacy of those who were wronged should be remembered and respected,” he said.

A MoMA spokeswoman would not comment on Cardoso’s claim. The Munch exhibit opens Oct. 24. 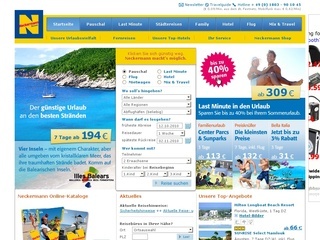