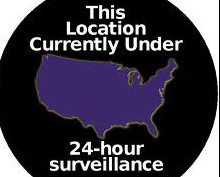 On  January 23,2014, a coalition of activists nationwide have launched an organization named Project Digital Privacy.  The goal of the organization is to end warrantless digital surveillance by local police forces in which programs like STINGRAY tap into and collect metadata on cell phones, computers, and more without warrant .

These programs, while intrusive and disturbing, have not been publicly shown to prevent crime as in cities, like Baltimore, Maryland, police have been extremely reluctant to release findings of their surveillance programs.

Our organization is being launched because of the recent public attention to warrantless surveillance. We strongly believe that every person values their natural rights – one of which being security and privacy, both in person and effects. We believe that with the recent uses of programs like STINGRAY by local police departments, both the security and privacy of an individual is threatened and should be protected.