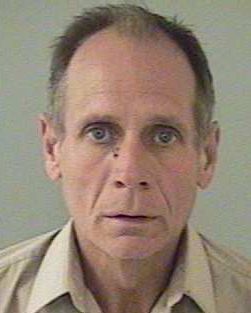 Police announced today that Jaycee Lee Dugard’s kidnapper, Philip Garrido, was a convicted sex offender. Apparently Garrido and his wife snatched Jaycee at a Lake Tahoe bus stop years ago. The case presents a fascinating PR problem for local authorities, and for the State of California, who are going to have to explain how the parole officer assigned to Garrido failed to notice that he had children living in his home. Further investigation would have revealed that Jaycee was not Garrido’s biological child, which would clearly violate his parole.

Assume for a moment that Garrido and his wife were really good at covering their tracks – sex offender registries are pretty popular these days, and one might think that neighbors couldn’t possibly have not known that these people suddenly acquired an extra child.

That said, the State is going to have to explain how Garrido slipped through the crack. We’re kind of at a loss for a solution to this one, its awfully hard to spin, but here’s my best shot: The Governor or the Attorney General needs to initiate an investigation, not to assign blame, but rather to figure out what went wrong. The only way to get ahead of the curve here is to admit the mistake and try to show a willingness to take a look at the systemic failure that created the problem.

" ... His personal blog, tied to a business named "Gods Desire," reveals a preoccupation with mind control ... "

After his spontaneous bursts of opera singing that echoed through the small neighborhood on Walnut Avenue, eccentric is how they described him. Maybe a little suspicious, and kind of annoying with his proselytizing and tendency to push handmade religious literature on them. ...

Garrido kept his criminal past secret from those around him. That past included a federal prison stint for a kidnapping conviction in the 1970s. He was granted parole in 1988, but a violation landed him back in prison from April to August 1993. In 1999, he was out on parole again for a rape conviction, according to the California Department of Corrections and Rehabilitation. ...

Robinson said he sometimes saw the girls in the back yard. He called the sheriff's office two years ago, but nothing came out of a visit by deputies, he said. The living quarters were so well concealed that Garrido's parole agent never sensed trouble in routine home visits to the house where he lived with his wife, Nancy, now suspected as an accomplice in the kidnapping.

Meanwhile, Garrido handed out religious fliers, and invited neighbors to sermons at a local tow yard. His personal blog, tied to a business named "Gods Desire," reveals a preoccupation with mind control, and he claimed to be able to control sound with his mind. ...

... Ron Garrido said his brother's wife, Nancy Garrido, who was also arrested, was "a robot" under her husband's control.

"She would do anything he asked her to," said Ron Garrido, a former electrician and retired supervisor at the East Contra Costa Irrigation District. "I told my wife, 'It's no different from Manson and those girls.' She was under his control." ...

Ron Garrido said his brother, over the subsequent years, spoke of plans to get rich and start a church. But he never spoke of Dugard. ...