Photo: The wealthy Sen. Tom Coburn, R-Okla., tells “60 Minutes” about all the poor people whom he says are scamming the government. (CBS)

Is it possible for a major news organization to produce a story about the Social Security disability program without interviewing a single disabled person or disability advocate?

The news program’s theme was that disability recipients are ripping off the taxpayer. Anchor Steve Kroft called the program “a secret welfare system… ravaged by waste and fraud.” His chief source was Sen. Tom Coburn, an Oklahoma Republican with a documented hostility to Social Security. Coburn has a report on the disability program’s purported flaws due out Monday. Good of “60 Minutes” to give him some free publicity.

Together Kroft and Coburn displayed a rank ignorance about the disability program: how it works, who the beneficiaries are, why it has grown. This is especially shocking because after a similarly overwrought and inaccurate “investigation” of disability aired on National Public Radio in March, numerous experts came forth to set the record straight. They included eight former Social Security commissioners, experienced analysts of the program, even the Social Security Administration’s chief actuary, Steve Goss.

“60 Minutes” apparently talked to none of them.

At the top of the segment, Kroft observed that disability now serves “nearly 12 million Americans,” up by about 20% in the last six years. Coburn asked, “Where’d all those disabled people come from?”

To begin with, 12 million people aren’t collecting disability payments. The number as of the end of 2012 was 10.9 million, comprising 8.8 million disabled workers and about 2 million of their family members, mostly children.

The rolls have grown consistently since 1980, but even though Coburn professes to be dumbfounded why, there’s no mystery. As Goss laid out the factors, they include a 41% increase in the total population aged 20-64. Then there’s the demographic aging of America, which has increased the prevalence of disability by 38%. (In case Coburn, a physician, hasn’t noticed, the older you get, the more vulnerable you are to injury and illness.) Then there’s the entry of women into the workforce in large numbers, which has brought many of them under Social Security coverage for the first time.

” … The most pernicious lie told about the disability program is that it’s easy to obtain benefits. “60 Minutes” repeated that lie. The truth is that disability standards are stringent, and they’re applied stringently. … “

Finally, there’s the economy. When jobs are scarce, more people land on the disability rolls, but that’s not about people treating it as an alternative welfare or unemployment program, as “60 Minutes” would have it.

The relationship between disability and unemployment is much more nuanced. As we explained in April, disabled people always have more difficulty finding jobs than others; when desk jobs disappear and all that’s left are laborers’ positions, the opportunities for the physically and mentally challenged shrink. A good economy allows more disabled persons to find gainful employment and stay off the rolls; in a bad economy that path isn’t open.

“60 Minutes” interviewed two Social Security disability judges, Marilyn Zahm and Randall Frye, who seemed to say that standards are so loose almost anyone can score. That’s curious. When they were interviewed in 2009 by Zahm’s hometown newspaper, The Buffalo News, they said that standards were too tight — “Every month, most judges see a case that should have been paid at the first level,” Frye said then. (It would be interesting to see the “60 Minutes” outtakes.)

Much of the “60 Minutes” piece was devoted to exposing garden variety scams supposedly perpetrated by shyster disability lawyers, which apparently is Coburn’s hobbyhorse. But that’s not the true story of Social Security disability. This is a program that serves needy, aging and injured members of the workforce, paying a princely average of $1,130 a month.

The tragedy is that the disability program is underfunded, facing the exhaustion of its resources as soon as 2016. In the past, Congress has routinely remedied this funding crisis by transferring funds from Social Security’s old-age program. But it has never acted to properly support the disability fund.

Stories like the “60 minutes” and NPR pieces perpetuate the false image of disability recipients as the undeserving poor, slackers and frauds. That will make it easier for wealthy lawmakers like Coburn to hack away at the program in its time of need.

“60 Minutes” used to stand for rigorous, honest reporting. What’s happened to it? 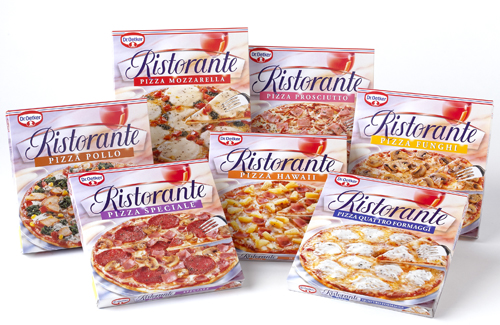