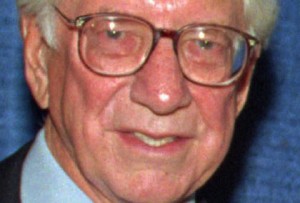 Carl Lindner, a Cincinnati businessman with international interests ranging from banking to bananas, is one of the nation's wealthiest men. His frequent, abundant contributions to political candidates and parties have put him at times in the public spotlight.

His friends defend his political giving as merely the generosity of a public spirited citizen. His critics suspect that his money buys him political access and influence. In either event, he is one of several large contributors at the center of the controversy over whether the American campaign-finance system is serving the public interest.

Born in Dayton, Ohio, he dropped out of high school to help run the family's ice-cream store when his father became ill. With a head for figures and a knack for financial deals, Lindner built the business into a chain of stores known as United Dairy Farmers. Today there are over 200 such stores run by his brother Robert. Dairy-store profits have fueled Lindner's investments in financial institutions. First, he acquired savings and loans companies and then diversified into the insurance business. Today he runs a corporate empire known as American Financial Group.

As chairman and chief executive of American Financial Group, Lindner presides over business assets worth $14 billion by his own reckoning. He is a former part owner of The Cincinnati Enquirer. He controls, among other businesses, Chiquita Brands bananas. Lindner has made a name for himself on Wall Street as an astute investor. He has a reputation for "bottom fishing" -- that is, buying a financially troubled or undervalued company at a bargain price and transforming it into a profitable enterprise. He was an important customer of "junk" bond king Michael Milken, who worked for the now-defunct investment banking firm of Drexel Burnham Lambert. For years American Financial employed a Cincinnati lawyer, Charles Keating, as corporate counsel and executive vice president. Lindner and Keating parted company, and Keating moved to Phoenix and gained notoriety in the 1980s as the man behind the multibillion-dollar failure of Lincoln Savings & Loan.

Mild-mannered and shy, Lindner routinely refuses reporters' requests for interviews. He has a habit of handing out little white cards with gold-embossed, folksy sayings on them. One reads: "I like to do my giving while I'm living so I'm knowing where it's going." He is a devout Baptist who says he does not smoke, drink or swear. In 1990, he led the opposition to a Cinncinnati exhibit of photographs by Robert Mapplethorpe. Later that year, he withheld his usual financial support to the arts fund he deemed responsible for the show. As a philanthropist, Lindner has been generous. He has estimated his contributions to various charities over the past 10 years at $60 million.

Lindner gives heavily to political campaigns. While his contributions in Cincinnati and Ohio heavily favor Republicans, in national races he gives generously to both sides. Since 1988, Lindner and his associates and companies have given $650,000 in soft money to the Democrats and $1.5 million to the Republicans, according to Common Cause, a Washington watchdog group. Lindner, his family, and business associates also make donations directly to politicians. Among them: $106,000 to George Bush's presidential campaigns in 1988 and 1992; and $172,500 to Senator Robert Dole since 1980. In a field of the "top ten career patrons" of Senator Dole, Lindner ranks seventh, reports the Center for Public Integrity, a nonpartisan Washington public interest research group. Dole has also made frequent use of private jets owned by the Lindner family -- twelve flights in 1995 alone, according to the Federal Election Commission.

Recently, Majority Leader Dole, House Speaker Newt Gingrich, and members of the Clinton Administration have moved to help Chiquita open European markets to its bananas. For years, Chiquita grew lots of bananas throughout Latin America and was the largest supplier to Europe. Then in 1993, the European Union announced changes to its trade regulations on banana import quotas. Colombia and Costa Rica agreed to this new European "banana plan" and were key to making it work. Chiquita said because of this new policy, which it claims violated trade laws, sales and profits dropped.

Although there are relatively few US jobs at stake, Lindner has managed to bring his "banana problem" to the top of our national agenda. The Clinton Administration investigated the idea of imposing trade sanctions against Colombia and Costa Rica, and Bob Dole pushed the issue in Congress. In January of this year, US Trade Representative Mickey Kantor concluded his year-long investigation of the European banana trade dispute and determined that Costa Rica and Colombia's trade agreements with the Europeans are "unfair." Despite Chiquita's lobbying, the US has decided for the time being not to impose retaliatory sanctions against the two countries, instead pressuring the Europeans to open their banana market to free trade.

In March 2001, Michael Scherer reported in Mother Jones that in 1998 Carl H. Lindner and his wife Edyth contributed $1,216,000 to the Republican Party.

"Since 1994, Carl Lindner and his Chiquita banana empire have been Exhibit A in the fight to reform campaign finance. Through his insurance company, American Financial Group, Lindner controls nearly 40 percent of Chiquita. And through his millions in campaign contributions to both parties, he has persuaded the nation's top politicians to marshal U.S. foreign policy to fight Chiquita's trade war against the European Union"

Common Cause reported in 2004 that Lindner raised at least $200,000 for President George W. Bush for Bush-Cheney '04 Inc. and contributed $200,000 for the Bush-Cheney inauguration ($100,000 from Lindner and $100,000 from American Financial Group), "double the $100,000 contribution limit (the inaugural committee refunded the excess money, only to have Lindner funnel the money through AFG). During the 2002 Senate elections, Lindner and his family contributed $450,000 to Republicans. In the 2004 presidential campaign, Lindner was one of the first 23 'Rangers' who raised at least $200,000 in bundled contributions for Bush. He hosted a September 2003 fundraiser at his home in the Cincinnati suburb of Indian Hill, which raised an estimated $1.7 million for Bush."

In return, Common Cause says, Lindner got:

"The World Trade Organization forced European Union nations to open their markets to Chiquita bananas, while Lindner gave substantial financial support to the Democratic Party under former President Bill Clinton and to President George W. Bush. The move by the WTO accelerated a trade dispute between the EU and the United States that, in 2003, threatened to add more than $6 billion in tariffs on U.S. products, including $2.2 billion in tariffs on products manufactured in political battleground states."

In 2004, according to Federal Election Commission records, Lindner contributed $1.5 million to the Progress for America Voter Fund, a 527 committee.

Perry contributed $5 million in seed money and Lindner "ponied up $50,000 to EFF. More precisely, EFF has recorded a $50,000 donation from the same address as Lindner uses in other FEC reports," Josh Marshall wrote October 4, 2006.

"Lindner, a Baptist, is the biggest non-Jewish buyer of State of Israel bonds, which Israel has used to raise $25 billion for everything from agriculture to shipping to communications," Cliff Peale reported in the May 17, 2005, The Cincinnati (Ohio) Enquirer. "Supporters raised more than $71.5 million" at an event honoring Lindner "for his contributions to one of the signature programs to help the Israeli government, ... including pledges of $10 million from Western & Southern Financial Group and more than $5 million from Lindner and his wife, Edyth."

"From his seat as chairman and CEO of American Financial Group (AFG), Carl Lindner oversees nearly $20 billion in assets. AFG, which serves as a holding company for the Lindner family’s financial interests – which once included Chiquita Brands International, the world’s largest banana distributor – controls vast insurance operations and real estate across the country. Its holdings include the Great American Insurance Company, Great American Financial Resources, Inc., and Provident Financial Group Inc., which National City Corp. recently bought [2004] in a $2.1 billion stock deal. (That deal is expected to give Lindner and AFG nearly $1 billion in bank stock.) Its real estate holdings include luxury hotels and New York’s Grand Central Station."

Carl H. Lindner Jr. has also been implicated in the financing of terrorist organizations in Colombia. In fact, the financing began while he was the president of Chiquita Brands' board of directors.