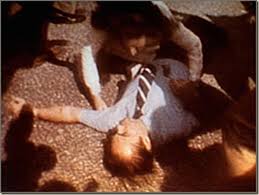 The son of former Gov. George C. Wallace of Alabama, citing new claims that the 1972 assassination attempt on his father was discussed in the Nixon White House, wants the F.B.I. to reinvestigate the shooting.

George Wallace Jr. said Saturday that he had asked President-elect Bill Clinton to reopen the investigation. He also wants a Congressional inquiry.

A Clinton spokesman said there would be no comment on the request until it had been received.

Mr. Wallace and his father had also sent letters to Alabama’s Congressional delegation and to the Federal Bureau of Investigation requesting a copy of the report on the assassination attempt.

Governor Wallace was seeking the Democratic Presidential nomination when he was shot on May 15, 1972, during a campaign stop in Laurel, Md. The shooting left his legs paralyzed.

The call for a new investigation was prompted by an article in The New Yorker magazine reporting that former President Richard M. Nixon and an aide discussed planting the campaign literature of Mr. Nixon’s Democratic opponent, George McGovern, in the apartment of Mr. Wallace’s attacker, Arthur Bremer.

The plan had to be dropped because the F.B.I. quickly sealed the apartment, according to the article. 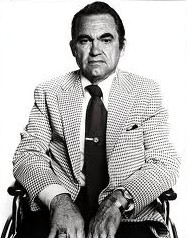 “We seek the release of any additional tapes which could possibly shed any light on the actions of Arthur Bremer in relation to his assassination attempt on my father,” the younger Mr. Wallace said in a statement.

“Since 1972, we have heard on different occasions that Bremer was seen on a ferry in the state of Michigan, where he did stalk my father at one time, with someone who worked directly for President Nixon,” the younger Mr. Wallace said. He said that until now the family had dismissed that report as an unsubstantiated rumor.

Who Had Prior Knowledge?

“I do know that Bremer stalked my father for several weeks, staying in some of the finest hotels in the country,” he said. “I have always wondered how a 21-year-old man with no visible means of support could enjoy such a comfortable life style.”

Mr. Bremer is serving a 53-year sentence for the shooting.

The younger Mr. Wallace said he does not believe Mr. Nixon had any knowledge of Mr. Bremer’s intentions before the assassination attempt.

“My question is: did anyone else involved in Nixon’s campaign have prior knowledge?” he said.

The former Governor, who is recuperating at home from a near fatal bout with septic shock in the fall, has made no public comment on the magazine article.

But his former chief aide, Elvin Stanton, said last week that Mr. Wallace, 73, believed that top Government officials were involved in a conspiracy in 1972 to eliminate him from the Presidential race.