Notice that every CIA statement in this article is a self-serving lie: “… The CIA denied employing any person whose alleged war crimes were ‘well-founded.’ … One of the Nazis believed to have been aided and later employed by the CIA was Otto Von Bolschwing. … Bolschwing was an associate of Holocaust planner Adolf Eichmann, and he was aided even though CIA officials were aware of that affiliation. …” Other Nazi war criminals employed by the US (you and me) included Mengele, Eichmann and Barbie. They didn’t only gather intelligence on the Soviets, as the Agency would have us believe. They were used to assassinate “leftists,” train death squads, experiment on GIs and civilians without their knowledge or consent, and import drugs, among other criminal acts. Tune out the media whenever it “justifies” Nazi collaboration. Making excuses only exacerbates inroads made by the far-right in domestic affairs, and is itself collaboration with Nazis. – AC

Although nearly 70 years have passed since the end of World War II, suspected Nazis are still being brought to justice. One of those suspects, 89-year-old Johann Breyer, of Philadelphia, was arrested last week for allegedly helping kill thousands of Jews at a death camp.More than 300 Nazis have been deported, lost citizenship, or blocked from entry into the United States only within the last 35 years, The New York Times reported in 2010.

Some of these Nazis may have slipped into the country illegally and stayed under the radar. But others were allowed to stay in the U.S. because the CIA used them to gather post-war intelligence.

The Justice Department created the Office of Special Investigations (OSI) in 1979 to track down and deport Nazis in the U.S. so they could be prosecuted overseas. However, before that, the U.S. knowingly helped those same Nazis hide in America, The Times reported, citing a Justice Department report leaked in 2010.

That report acknowledged that the American intelligence community knowingly granted Nazis with criminal backgrounds entry into the U.S. because they used them for post-war intelligence operations, according to The Times.

In 1977, Congress asked for a probe into whether government agencies including the CIA knowingly sought to protect alleged Nazi war criminals living in the U.S., according to a CIA report. That investigation revealed the CIA sponsored the immigration of one alleged Nazi criminal to the U.S. and maintained contact with 21 others either overseas or after they’d arrived in America, according to the CIA report. Some of those were anti-communists paid to cooperate with the CIA.

The CIA denied employing any person whose alleged war crimes were “well-founded.” Following the findings, members of Congress supported the formation of the Office of Special Investigations (OSI) within the Justice Department’s Criminal Division to ensure former Nazis were denied entry into the U.S. and to seek out the deportation of those already inside the country.

The OSI learned even more in the 1980s about specific ex-Nazis the American intelligence community had helped protect from prosecution and also employed as agents.

Findings revealed that U.S. intelligence agencies used former Nazi intelligence personnel as anti-Communist resources during the Cold War, providing some with aid to immigrate to the U.S. The CIA sums up the findings in the 1980s with these words:

While CIA and other intelligence agencies used individual Nazis and their collaborators as assets, there is no evidence of a specific program to recruit these people as a group. In bringing such people to the United States, Allan Ryan, in his memoirs as director of OSI, says the government assisted in the immigration of a ‘small roomful of people at the very most.’ In Ryan’s view, postwar American immigration laws, suffering from imprecise standards and weak enforcement, allowed far greater numbers of Nazi war criminals and collaborators to enter the United States than any covert US intelligence project.

One of the Nazis believed to have been aided and later employed by the CIA was Otto Von Bolschwing, according to The Times, which cites the Justice Department report. Bolschwing was an associate of Holocaust planner Adolf Eichmann, and he was aided even though CIA officials were aware of that affiliation. It wasn’t until 1981 that the Justice Department sought to deport him, but he died that year at 72 years old.

There was also the case of Arthur L. Rudolph, a Nazi scientist who benefited from slave labor at a munitions factory he ran during the war. Rudolph was brought to the U.S. in 1945 to help make rockets, and some intelligence officials were opposed to Justice Department efforts to deport him in 1983.

More Progress After the Cold War

Following the collapse of the Soviet Union in 1991, investigations into Nazi war criminals benefited from new sources and witnesses formerly silenced during the Cold War.

However, many aging suspected Nazi death camp guards remained free throughout the 2000s due to legal limitations facing prosecutors. Alleged Nazi criminals deported from foreign countries to be prosecuted in Germany weren’t convicted unless there was clear evidence they committed a specific crime against a particular victim, National Geographic reported.

But then John Demjanjuk was convicted in Germany in 2011 based on his service as a guard at a Nazi death camp, setting a legal precedent that allowed other guards to be convicted based on broader crimes. “As a result of the Demjanjuk precedent, guards who worked at death camps could be charged with abetting, contributing to, or being complicit in the killings that took place there,” Diane Cole wrote for National Geographic.

That case opened up the possibility of prosecuting 50 former Auschwitz concentration camp guards. In 2013, 93-year-old Hans Lipschis, who was deported from the U.S. in 1983 for lying about his Nazi past, was arrested for his involvement in mass murders at Auschwitz.

Since the 2011 precedent, Germany and the U.S. have begun cooperating to bring the last suspected Nazi war criminals in their 80s and 90s to justice. The most recent arrest of 89-year-old Philadelphian Johann Breyer, also an alleged Auschwitz guard and member of the elite Schutzstaffel (SS) Nazi Party organization, is a result of an extradition request from Germany.

Although decades have passed and suspects like Breyer are in poor physical condition, supporters of the stepped-up efforts believe it’s never too late to bring alleged Nazi criminals to justice.

“Don’t look at these people and say they look frail and weak,” Efraim Zuroff, who helps track down former Nazis on behalf of a Jewish human rights organization, told National Geographic. “Think of someone who at the height of his powers devoted his energies to murdering men, women, and children.” 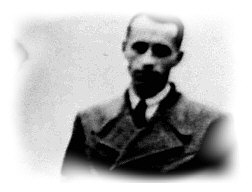 Political Warfare and the History of Terrorism: The CIA’s Phoenix Program
Jun 27