Looking Forward Towards the Past: Richard Nixon’s Treason 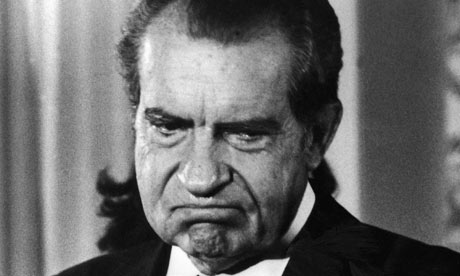 One news item from this last year really stood out to me. It was a furtheranRicce of an article I read in a 2013 Smithsonian Magazine revealing that the newly released LBJ tapes held evidence that Richard Nixon betrayed his country and cost untold thousands of American and Vietnamese lives.

In fact LBJ’s secretary of defense, Clark Clifford, wrote in his memoirs that “a simple and authoritative message from the Nixon camp was probably decisive in convincing President Thieu to defy President Johnson – thus delaying the negotiations and prolonging the war.”

This information may not make a very big impact on someone who was not alive at the time. Ancient history after all. To those of you who were in the service at the time, or who had loved ones in the service at the time, it is an entirely different story. It confirms what many of us already knew. The war was a based on lies and we were nothing but pawns in their hands. The White House audio tapes verify it up to and beyond the point of  President Johnson talking to Sen. Dirksen concerning Richard Nixon’s “treason”during the election.

Lately I have noticed a social-media campaign to sanitize Mr. Nixon’s image by using photo-memes of Jane Fonda in Viet Nam during the war. Many are sexist, childish and vile. The attached slogans most often refer to her as a “traitor” and infer she is the reason we lost the war. “Blood is on her hands” is the constant refrain and they even accuse her of betraying POW’s. Ironically that is the the exact charge that LBJ and many others use to describe Mr. Nixon’s actions during the war while the Nixon supporters refer to him as a “statesman.”

As a Viet Nam era veteran, this attempt to reassign culpability and obfuscate so much raw guilt infuriates me. Denial and distraction are being used as a smoke screen and I feel I must speak out about it.

In my opinion a young anti-war actress making a huge mistake in a photo-op in Viet Nam, 6 months prior to the end of the war, is not the reason for those who died or were permanently maimed during the war. No. In my opinion that is nothing more than a cynical, emotion-based distraction.

Instead, it is the cold hard political decisions made by traitors in high places who lied to America as they conspired with the “enemy” and sent my generation into harms-way that are responsible. The recently released LBJ audio clears up any remaining doubt.

So yes, it is important to know this information 40+ years later. Why? Because it just happened all over again in Iraq. Different liars telling the same lies costing untold thousands of lives in a new generation of Americans and, this time, Iraqis but they are still trying to hide behind Jane Fonda.

The same cycles of lies and war will continue to happen again and again unless we are willing to look forward – towards the past – and learn from our mistakes. In that regard, Richard Nixon is a great place to start.