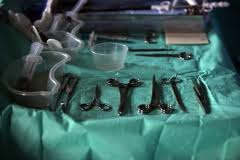 TARBORO — The foundation that developed a plan to compensate victims of forced sterilization in North Carolina is reporting an increase in the number of verified victims of the state’s old eugenics program in Edgecombe, Lee, Montgomery, and Buncombe counties.

While procedures were performed in all 100 counties, 43 counties still report no verifications.

In April, Edgecombe reported 49 sterilization were performed but that none of them had been verified.

The sterilization program, which lasted from 1929 until 1974, was aimed at creating a better society by weeding out people who were deemed “feeble-minded.” The majority of those targeted were poor women. Between 1929 and 1974, North Carolina forcibly sterilized about 7,600 people.

The sterilization effort reportedly escalated in from July 1946 to June 1968 and shifted to targeting poor, black women. During that time, the North Carolina Sterilization Board involuntarily sterilized 5,364 people.

Supporters of eugenics believed that “defective” humans could be weeded out of the population. Scientists, however, discredited that assumption by the 1930s and most states stopped their programs.

In a 1969 court ruling against eugenics, a judge said many of the victims were threatened with a loss of welfare benefits unless they agreed to the sterilization.

A five-member Eugenics Compensation Task Force fought to give living victims a lump sum payment of $50,000 to living victims and those who were alive when verified by the N.C. Justice for Sterilization Victims Foundation. North Carolina was the first state in the country to tackle the question of how much to give victims of the program.

The Foundation had stopped taking new requests for verification on June 20 when it ran out of money.In a story published in The Daily Southerner in June, Sen. Clark Jenkins (D-Edgecombe) said he was an advocate for the bill that would compensate the eugenics victims”The idea of eugenics is horrible,” Jenkins said. “The idea that the victims be compensated is a good idea. I was very disappointed (that it failed in the senate) and I will continue to seek the funding.”