YouTube Video: The FBI’s Hands Off Approach to Torture 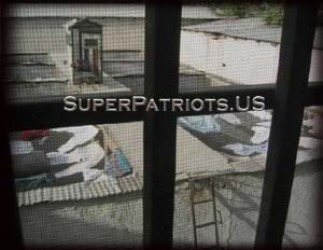 ” … when House Democrats pressed as to why the FBI hadn’t investigated the abuses, Mueller said his hands were tied. The CIA and the Defense Department had the green light. … “

Testifying before the House Judiciary Committee yesterday, FBI Director Robert Mueller made it as clear as he could what the FBI’s reaction to the CIA’s use of waterboarding and other forms of torture in 2002 had been: keep FBI agents out of trouble.

But when House Democrats pressed as to why the FBI hadn’t investigated the abuses, Mueller said his hands were tied. The CIA and the Defense Department had the green light. “There has to be a legal basis for us to investigate, and generally that legal basis is given to us by the Department of Justice.” Thanks to John Yoo and others in the Justice Department’s Office of Legal Counsel, the CIA had its “golden shield.”

He also testified that in 2002, he’d “reached out” to the Pentagon and the Department of Justice “in terms of activity that we were concerned might not be appropriate — let me put it that way.” Mueller said he couldn’t testify as to what the reply was, since it might be classified. Given the fact that a group of senior administration officials had agreed on the use of the techniques, you can guess what the answer was.

It’s certainly not the first time that the FBI has separated itself from the conduct of CIA and military interrogators. FBI agents involved in the Abu Zubaydah’s case have been publicly critical of brutal interrogation techniques that reaped “crap.” Newsweek reported that one FBI agent “was so offended [by Zubaydah’s treatment] he threatened to arrest the CIA interrogators.” Of course, such an arrest could not happen without the Justice Department’s say-so — and it was on the DoJ’s authority that the interrogation was taking place.

Back in October, The Los Angeles Times reported that Mueller was suspicious of the legal memos that had authorized the torture and thought they might be overturned. Yoo’s memos authorizing torture were ultimately overturned — but Attorney General Michael Mukasey has made clear that doesn’t mean the interrogators who relied on them have anything to worry about. From the Times:

By mid-2002, several former agents and senior bureau officials said, they had begun complaining that the CIA-run interrogation program amounted to torture and was going to create significant problems down the road — particularly if the Bush administration was ever forced to allow the Al Qaeda suspects to face their accusers in court.

Some went to FBI Director Robert S. Mueller III, according to the former bureau officials. They said Mueller pulled many of the agents back from playing even a supporting role in the interrogations to avoid exposing them to legal jeopardy, in the belief that White House and Justice Department opinions authorizing the coercive techniques might be overturned.

“Those guys were using techniques that we didn’t even want to be in the room for,” one senior federal law enforcement official said. “The CIA determined they were going to torture people, and we made the decision not to be involved.”

The full transcript of Mueller’s exchanges on this with Reps. Steven Cohen (D-TN) and Robert Wexler (D-FL) are below.

COHEN: You say you wouldn’t engage in torture, but when you find out that other agencies may be engaged in torture that you believe is illegal, does your protocol include informing those agencies that you believe their actions are illegal?
MUELLER: Yes.

COHEN: Who did you inform in that situation?

MUELLER: At points in time, we had reached out to DOD, D.O. Justice and DOJ in terms of activity that we were concerned might not be appropriate — let me put it that way.

MUELLER: During the period of time in question, after 2000, say, to 2002, there have been times when we have done that, yes.

COHEN: And can you supply us with copies of those letters or memoranda?

MUELLER: I’d have to get back to you on that.

COHEN: We’d appreciate it if you would. I would like to request you to do that.
And what was their response to you?

MUELLER: Again, I’m not certain to what extent this is classified. I’d have to get back to you on that in any event.

COHEN: Well, if you could give us a response to this as well, I’d like to know which agencies did not listen to you, Director, and engaged in torture. I think that would be very important for this committee to know, if there’s departments — of defense or justice or any — or CIA that don’t listen to the director of the FBI.

MUELLER: Well, another factor that I think is important to recognize in this — what constitutes appropriate behavior under circumstances for other agencies is subject to legal opinions from the Department of Justice.

COHEN: Yes, sir, I understand that. I agree with you.

Mr. Director, an L.A. Times article from October 2007 quotes one senior federal enforcement official as saying, quote, “The CIA determined they were going to torture people and we made the decision not to be involved,” end quote.

The article goes on to say that some FBI officials went to you and that you, quote, “pulled many of the agent back from playing even a supporting role in the investigations to avoid exposing them to legal jeopardy,” end quote.

My question, Mr. Director — I congratulate you for pulling the FBI agents back. But why did you not take more substantial steps to stop the interrogation techniques that your own FBI agents were telling you were illegal?

MUELLER: I can go so far, sir, as to tell you that our protocol in the FBI is not to have been — not to use coercion in any of our interrogations or our questioning, and we have abided by our protocol.

MUELLER: We would bring it up to appropriate authorities and determine whether the techniques were legal or illegal.

WEXLER: Did you bring it up to appropriate authorities?

MUELLER: All I can tell you is that we followed our own protocols.

MUELLER: I’ll tell you that we followed our own protocols.

WEXLER: And what was the result?

WEXLER: Did the CIA use techniques that were illegal?

MUELLER: I can’t comment on what has been done by another agency and under what authorities the other agency may have taken actions.

WEXLER: Why can’t you comment on the actions of another agency?

MUELLER: I leave that up to the other agency to answer questions with regard to the actions taken by that agency and the legal authorities that may apply to them.

WEXLER: Are you the chief legal law enforcement agency in the United States?

MUELLER: I am head of the — I am the director of the FBI.

WEXLER: And you do not have authority with respect to any other governmental agency in the United States? Is that what you’re saying?

MUELLER: When the authority is given to me to investigate, yes, we do.

WEXLER: Did somebody take away that authority with respect to the CIA?

MUELLER: Nobody has taken away the authority. I can tell you what our protocol was and how we followed that protocol.

WEXLER: Did anybody take away the authority with respect to the Department of Defense?

MUELLER: I’m not certain what you mean.

WEXLER: Your authority to investigate an illegal torture…

WEXLER: But apparently your own agents made a determination that the actions by the CIA and the Department of Defense were illegal, so much so that you authorized —
ordered your agents not to participate. But that’s it.

MUELLER: I’ve told you what our protocol was. And I have indicated that we have adhered to our protocol throughout.

WEXLER: My time is up. Thank you very much, Mr. Director.