William Blum to Noam Chomsky: How Could It “NOT Matter” Whether 9/11 Was a False-Flag Op? 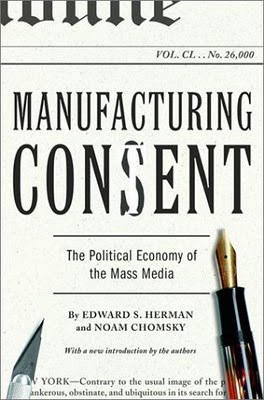 “Whether [Islamic terrorists] were involved or not nobody knows. It really doesn’t matter much. … Even if (inside job) were true, which is extremely unlikely, who cares? I mean, it doesn’t have any significance.” (“An Evening with Noam Chomsky: The War on Terror.” MIT 10/18/2001

Noam Chomsky is widely considered America’s leading scholarly critic of the crimes of empire. But William Blum, as Chomsky himself says, has written “far and a way the best book on the topic.” That book is called Killing Hope: US Military and CIA Interventions Since World War II. It lays out the evidence that millions of people have been murdered, and tens of millions had their lives ruined, in what Blum calls the “American holocaust” of military and CIA attacks on indigenous populations all over the world – all of them blatantly unconstitutional, because in no case did Congress ever declare war.

Blum and Chomsky agree in their analysis of the crimes of empire. But Blum is out ahead of Chomsky in questioning the official story of 9/11. On March 2nd, 2007, Blum appeared on my GCN radio show Dynamic Duo and displayed an open mind regarding the evidence that 9/11 was an inside job.

Now he’s going even further. On May 2nd, 2008, Blum sent me an email regarding my upcoming interview with Noam Chomsky. Blum wrote: “Will you ask Chomsky why he thinks that it wouldn’t be important to expose that 9-11 was an inside job?”

That is, of course, the million-dollar question that so many of us have been wanting to ask Noam Chomsky, who is on the record saying it “doesn’t matter” whether or not 9/11 was an inside job. Here are some choice Chomsky quotes:

“Whether [Islamic terrorists] were involved or not nobody knows. It really doesn’t matter much.” (“An Evening with Noam Chomsky: The War on Terror.” MIT 10/18/2001

Yet he admits “The evidence (against al-Qaida) is surprisingly thin.” (Noam Chomsky, 9/11)

But “Even if (inside job) were true, which is extremely unlikely, who cares? I mean, it doesn’t have any significance.” (Noam Chomsky on 911 conspiracy part 2, YouTube).

William Blum, like the rest of us, is puzzled by Chomsky’s apparent inability to understand that exposing the 9/11 inside job would help end the crimes of empire.

Blum and I will discuss Chomsky’s odd 9/11 views on the radio this Friday, May 9th (joined by former head of the SDI “Star Wars” Missile Defense Program under two US presidents, Col. Bob Bowman.)

And you can bet this topic will come up when when I interview Noam Chomsky in early June. For details, check my radio schedule page here.

Previous Article
Opinion: Welcome to the Nation of Glass
Next Article
Film Review: The Counterfeiters, “the Most Unnerving, Disturbing, True-Life Account yet of Endurance under Nazi Oppression”

Film Review: The Counterfeiters, “the Most Unnerving, Disturbing, True-Life Account yet of Endurance under Nazi Oppression”
May 07