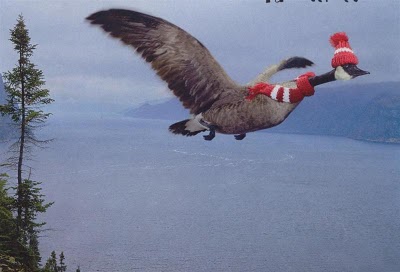 Have the WHO and Bush administration provoked widespread dread of an approaching bird flu contagion to boost profits of drug companies manufacturing the vaccine – primarily Aventis (formerly Hoescht), a Son of Farben that has sold millions of doses of experimental product to the U.S.government in anticipation of a deadly pandemic? Is this more fear mongering, like the scary terror adverts from the administration that prepped the country for a genocidal war in Iraq? 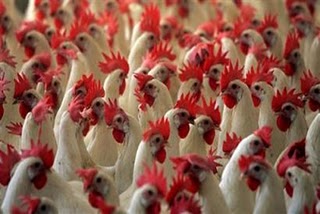 Anthropologist Wendy Orent has written a biography of the Plague (the Dakota County Library web site notes: “the author shows how it has wiped outcivilizations in the past and is, with the help of bio-warfare scientists,very much in existence today” – http://www.co.dakota.mn.us/ ), and argues that the threat of bird flu has been grossly exaggerated. Yet the government now has an immense stockpile of the experimental vaccine, purchased at our expense – a major boon for the drug companies as more Farben spin-offs dash in with vaccines of their own. – Alex Constantine (sniff)

1) WHO warns of a deadly bird flu pandemic on the horizon. 2) TRANSCRIPT – Anthropologist Wendy Orent argues that there is NO possibility that a highly virulent form of the flu will go pandemic. — “WHO: World must act quickly against bird flu as pandemic looms,” Associated Press, Feb. 23, 2005.

“We at WHO believe that the world is now in the gravest possible danger of a pandemic,” Dr. Shigeru Omi, the WHO’s Western Pacific regional director, said Wednesday. 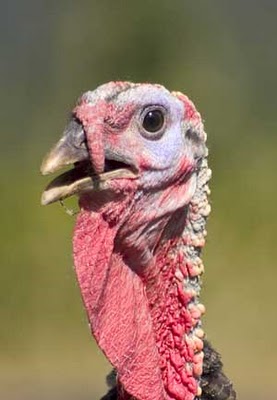 He said the world is “now overdue” for an influenza pandemic, since mass epidemics have occurred every 20-30 years. It has been nearly 40 years since the last one. Speaking at the opening of a three-day bird flu conference in Ho Chi Minh City, Omi said it is critical that the international community better coordinate its fight against the virus. In recent outbreaks, bird flu has become more deadly than the strain found in 1997 in Hong Kong, making the situation more urgent, he said. The mortality rate among identified patients who contract the disease from chickens and ducks is about 72 percent, Dr. Julie L. Gerberding, head of the U.S. Centers for Disease Control and Prevention, said on Monday. She added that her agency was preparing for a possible pandemic next year. “If the virus becomes highly contagious among humans, the health impact in terms of deaths and sickness will be enormous, and certainly much greater than SARS,” Omi said, referring to severe acute respiratory syndrome, which killed nearly 800 people in 2003…

“To the Point” KCRW-FM, Los Angeles

Olney: “Health officials now say that there is no IMMEDIATE threat of a flu pandemic in the United States, but they say it’s a question of when, not if, a pandemic will occur, starting with bird flu in Asia.

Wendy Orent is ananthropologist by training. She’s the author of Plague: The Mysterious Pastand Terrifying Future of the World’s Most Dangerous Disease. In today’s Los Angeles Times, she writes that bird flu is not the peril it’s made out to be. … What’s wrong with the argument about bird flu? Orent: It doesn’t take an evolutionary perspective. They’re not looking at what caused the bird flu to evolve virulent in the first place – that is, deadly to chickens – and why its deadliness to chickens doesn’t spill over immediately and easily to [become] a human disease. Chickens in Asia are kept in massive warehouses and cages, and crammed in together very closely. And this allows for the evolution of extreme deadliness of the disease, because [it] can spread very easily from chicken to chicken … and it doesn’t have to keep its host healthy, to keep it walking around, in order for the disease to spread – which is the way normal human flu spreads. You cough and sneeze in somebody’s face, and the disease has to be kept mild so that the host can get up and transmit it. And that keeps normal human flu ata moderate virulance – very, very unlike the conditions in the disease factories of Asia, and very unlike the disease factories of WW I that produced the virulent 1918 flu. Olney: Often, the 1918 flu is used to suggest that that could happen again, and that if it did, it would be much more virulent than it was then, or kill many more people because there are more people, and also because transportation is much easier. So reflect, if you will, on that analogy, and why you think it doesn’t hold here. Orent: It doesn’t hold at all because the virulence of the 1918 flu was directly related to the conditions on the Western front in WW I. It’s not an accident that this was the 1918 flu. You had soldiers in trenches piled on top of each other, you had … overcrowding in the hospitals where sick people could easily pass on the condition to people who were well … and the disease was allowed to really cook [to] an extreme degree of virulence. You don’t have those conditions in the world today. You have crowding, but that kind of crowding, the key difference is the immobility of the diseased person. If the person is struck down by illness, and is able to transmit the disease to someone right next to him, the disease can evolve deadliness. Ifthose conditions do not exist, and they don’t exist because we don’t have a WWI today, you’re not going to get the evolution of extreme virulence. … Olney: Do you think that, even though it might not become pandemic, there still is the possibility of epidemic in the region at least. And if so, if it might be spread in this part of the world, as well, even though it’s not as deadly as has been suggested. Orent: Precisely, I DO think that we could have a pandemic … but you have to remember that there’s a pandemic of flu every year, in a sense -worldwide, a spread of flu across the planet, every single year. That is a pandemic. We could get a pandemic, such as we had in ’57 or ’68 with the Hong Kong flu, if H-5 mixes with a transmissable human virus. We would not have resistance to H-5, and we could see an epidemic or a pandemic spread,but it won’t be a super-pandemic spread. Millions of people are not going to die of this … Transcribed by Alex Constantine