"... efforts to distance the event from right-wing extremism had failed ..." 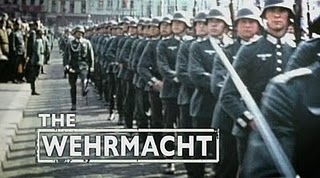 VIENNA (AFP)---An annual memorial ceremony in Austria that honoured veterans of the Nazi Waffen SS has been cancelled, just days after the army said it was pulling out of the event, organisers said Thursday.

The gathering, which was planned for September 20, will not go ahead because of the "turmoil" surrounding the commemoration, the association that organises the event said in a statement.

Following the army's announcement on Tuesday that it would not take part, the association's president Rudolf Gallob and secretary general Peter Steinkellner announced their resignations, saying their efforts to distance the event from right-wing extremism had failed.

Held each September since 1958 on top of the Ulrichsberg mountain in the southern province of Carinthia, at a memorial to the Wehrmacht, the German army of the Nazi period, the gathering has sparked controversy.

In recent years it had become a meeting point for members of the European extreme right, attracting numerous neo-Nazis as well as veterans of the Waffen SS, the military units of the Nazi elite guard, from several countries.

The extreme-right nationalist leader Joerg Haider triggered international outrage at the ceremony in 1995 when he paid tribute to the Waffen SS, describing it as a group "of honest citizens who knew how to stay true to their convictions."

On Monday Defence Minister Norbert Darabos announced that the army, which mainly took care of logistics, would not take part in the ceremony because the event "does not sufficiently distance itself from National Socialist ideology."

Darabos, a member of Austria's Social Democratic party, was reacting to reports that one of the organisers, Wolf Dieter Ressenig, was selling Nazi memorabilia on the Internet.

Austria: Nation that Refuses to Face Up to Nazi Past

'Old Lady' Stadium with a Nazi Past