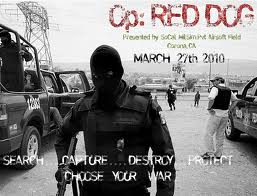 1981 was supposed to have seen the “Bayou of pigs” invasion. This hare-brained scheme would have seen two American and Canadian mobsters and Ku Klux Klan members, and their army of white supremacists and mercenaries invade and install a former Dominican PM: Patrick John, as leader. As a quid-pro-quo John would then allow Dominica to become a “fascist gangster’s paradise” with a Nazi government (the suggested new flag for Dominica was a swastika) – which would turn a blind eye to all organised criminal activity – no matter how blatant it would be. In other word Dominica would become like a pirate port of old – but with Nazis.

To say the invasion was poorly planned was an understatement. One half of the organising force - Mike Perdue – was a con-man,and a compulsive liar whose web of deceit meant that: a) the boat they were supposed to board never showed up b) the captain of the replacement boat was under the misapprehension he was working for the CIA and so didn’t feel the need to keep his activities secret from law enforcement and c) most of the “army” were there under various different false pretences and when this started to emerge then, to say the least, the team failed to gel. All members of the conspiracy were arrested before the boat left New Orleans.

Everyone involved served lengthy jail terms although John, once he was out, rebuilt his reputation based upon his youthful footballing prowess and has served as President of the Dominican Football Association, and a FIFA member, for fifteen of the last seventeen years.