US Government Allows Extremely Toxic Substances, Including Industrial Waste, to be Used as Fertilizers and a Drinking Water Additive - The Constantine Report
0 SHARES

Cancer » US Government Allows Extremely Toxic Substances, Including Industrial Waste, to be Used as Fertilizers and a Drinking Water Additive

US Government Allows Extremely Toxic Substances, Including Industrial Waste, to be Used as Fertilizers and a Drinking Water Additive 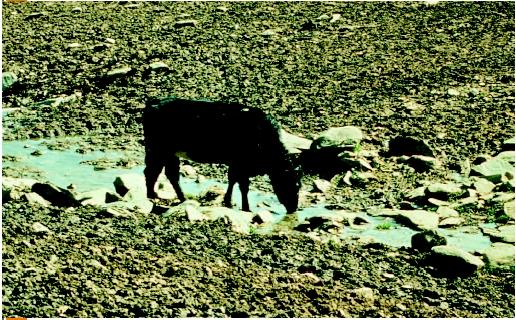 Smokers need to be aware that American tobacco farmers are legally allowed to use phosphate fertilizer made from rock containing uranium. As the Florida Industrial and Phosphate Research Institute webpage (below) points out:

"Removal of uranium as a product is no longer profitable and all the extraction facilities have been dismantled. The uranium that remains in the phosphoric acid and fertilizer products is at a low enough dose that it is safe for use."

The claim that phosphate fertilizer which contains uranium is safe to use is not correct, as I will explain:

A 1980, Philip Morris tobacco corporation document, reproduced on the webpage http://tobaccodocuments.org/landman/177546.html, admits that radioactive uranium is present in the phosphate fertilizer which is used by tobacco farmers, and that uranium's daughters after it decays, radioactive polonium and radioactive lead, "are present in tobacco smoke" as a result.

In "Radioactivity in Cigarette Smoke", a letter which was published in the "New England Journal of Medicine" in 1982 (Volume 306, Issue 6, pp.364-365), T.H. Winters and J.R. Franza also said that thanks to the uranium in phosphate fertilizer, there was radioactive polonium and radioactive lead in cigarette smoke.

This US National Cancer Institute webpage states that radioactive polonium is one of the at least 69 carcinogenic substances in cigarette smoke:

Moreover, the World Information Service on Energy, "Uranium in Fertilizers" webpage points out that, "There are two sources for uranium in fertilizers: elevated natural uranium concentrations in phosphate rock that have not been removed during the fertilizer process, or uranium in waste solutions from the nuclear fuel industry that are used as fertilizers." The webpage then goes on to explain those facts in more detail.

People might find it hard to believe that any government could be stupid enough to allow nuclear waste to be used as "fertilizer", but the "Seattle Times" did an expose in 1997 of the US Environmental Protection Agency's bizarre decision to allow big business to poison farmland with toxic waste, including radioactive waste from a uranium plant in Gore, Oklahoma:

Any American farmland which is now contaminated with uranium ought never to be used for agriculture or any other purpose ever again, because the half life of uranium is 4.5 billion years, which is why there is talk of turning the Pentagon's depleted uranium weapons testing range in Jefferson County, Indiana into a "National Sacrifice Zone and closing it forever", as the last paragraph of the below article about DU weapons explains:

Like American tobacco products, American food which is grown with uranium, and other toxic waste "fertilizers", is of course sold all over the world.

The US Public Health Service also allows fluoride compounds, like hydrofluorsilicic acid, which is a toxic waste that industries like metals and fertilizers produce, to be added to water supplies, toothpaste, and other products, like Prozac. As a result, American big businesses like the Alcoa aluminium corporation, which used to be plagued by costly lawsuits from farmers whose animals and crops had been poisoned by fluoride waste from factory chimneys, no longer have to pay out compensation for poisoning farm produce. After all, their toxic waste is now a dental "medicine" which the PHS endorses.

As this article, "Fluoride: industry's toxic coup" explains, Alcoa was heavily involved in funding the early "science" which persuaded the American authorities to begin fluoridating water supplies, and Alcoa's founder and major shareholder, US Treasury Secretary Andrew Mellon, had jurisdiction over the PHS:

The water supply in some other countries which are culturally very influenced by the US (for example, Britain, Canada, Australia, Ireland, and New Zealand), is also fluoridated in some places.

Chinese scientists' discovery that fluoride lowers IQ, is why China has defluoridation plants to remove even naturally occurring fluoride from water. You can read one of the Chinese research papers which investigated fluoride's effect on IQ below. Harvard University scientists were also involved in the study:

Lower IQ is one of the problems which ingesting uranium leads to, as the below American university webpage points out:

I doubt that other toxic waste "fertilizers" are good for IQ levels either.

As most of the United States has long been fluoridating its water supply, it is not surprising that top Republican politicians are often unable to speak coherently, which, as George W. Bush proved, is a problem that seems to get worse as Republicans who have spent their entire lives drinking fluoride enter politics. Top Republican politicians have of course long been a source of amusement in Europe, where at least its right wing politicians can speak coherently, where comedy books that collected George W. Bush's verbal gaffes were popular, and where other Republican politicians like Ronald Reagan, who said that trees caused air pollution, and Dan Quayle, who thought that Latin Americans spoke "Latin", were also a laughing stock.

There can be no doubt that fluoride's effects on IQ are responsible for top Republican politicians often being unable to speak coherently, as the below University of Edinburgh survey showed that far right British National Party voters have a lower average IQ than other British political parties' voters, and the Republicans would be seen as a far right fringe party in any Western European country, which is why the below August 2004, 35 nation poll, found that Western Europeans would have elected John Kerry by huge margins in 2004. For example, 74% of Norwegians would have voted for him, and 7% for George W. Bush:

Nuclear Lobby Peddles "Theory" that "Radiation is Good for You"