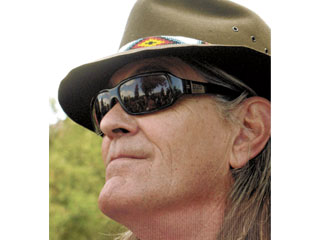 DENVER – The University of Colorado is asking the state appeals court to uphold a lower court’s refusal to reinstate former Prof. Ward Churchill, who headed CU’s ethnic studies department until controversy over an essay he wrote led to an investigation into his scholarship and to his ultimate dismissal.

Churchill was fired from his tenured position in 2007, more than two years after he wrote a post-9/11 piece critical of U.S. foreign policy and its functionaries. Based on findings of academic misconduct, internal investigations recommended sanctions short of termination but CU’s Board of Regents discharged him amid furor fueled by talk show hosts, a former Colorado governor, CU officials, and others.

A District Court jury subsequently found he would not have been fired had he not written the 9/11 essay, and groups that include the American Civil Liberties Union and American Association of University Professors have since filed briefs with the appellate court saying Churchill should be reinstated because he was wrongly dismissed for exercising his right to free speech.

Then-Chief District Court Judge Larry Naves, who has now retired, threw out the jury’s verdict in Churchill’s retaliatory firing lower court lawsuit, ruling that CU Regents had immunity from legal action, and he denied reinstatement or financial compensation to Churchill, who in many years at CU often wrote and taught about Native issues and history.

In a 67-page brief filed May 7, CU said that when controversy initially arose about the 9/11 essay, the Board of Regents met, not “trying to find a cause for dismissal,” but to determine whether Churchill’s speech constituted grounds for dismissal and, if so, whether it was protected by the First Amendment. Regents concluded the essay was constitutionally protected political expression “in spite of the damage it may have caused.”

“Had unrelated allegations of research misconduct not arisen against Professor Churchill during (Interim) Chancellor (Philip) DiStefano’s investigation, the matter would have been closed,” the brief states, but since they arose at the same time, DiStefano believed the research allegations should be addressed just as “sanctionable criminal activity” would be examined under the same circumstances.

After going through other administrative appeals, Churchill took the matter to CU’s Privilege and Tenure Committee, which found he had engaged in practices that were below standards of professional integrity. Then, although the majority did not advocate termination, CU President Hank Brown recommended firing Churchill and the Board of Regents complied on an 8-1 vote, the brief states.

Despite Churchill’s assertion that the investigation of his work was an adverse action, an employer may “undertake an investigation, even when that investigation stems from an employee’s otherwise protected speech” in order to balance the employee’s interests “against the realities of the workplace,” it states.

“One of those (employment) realities is that a public employee’s speech (including political speech) can disrupt the workplace, and, when disruption occurs, the employer may terminate the employee,” the brief states.

Citing various legal precedents, CU argued that Regents, acting as judicial officers, would be entitled to quasi-judicial immunity even if the action taken was “in error, was done maliciously, or was in excess of (their) authority,” since the designation applies to the nature of the decision, not the officials’ conduct in a particular case.

“Obvious facts” can narrow a quasi-judicial action’s discretion, but the Regents terminated Churchill’s employment after fellow faculty members found that he “intentionally engaged in multiple acts below minimum standards of professional integrity” and that his conduct required a “severe sanction,” the brief states.

Churchill’s attempts at reinstatement “had only a miniscule chance of success especially given (his) statements ‘demonstrating his hostility to the university’” and his filing of retaliatory complaints against investigating committee members, according to the current brief.

No date has been set for a ruling by the court on Churchill’s appeal.