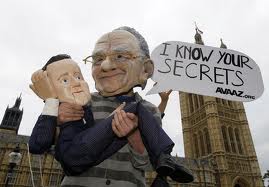 We are individual victims of the unlawful and unethical conduct of the press in recent years. This conduct has included phone hacking, industrial scale data-mining, bribery of public officials, inappropriate contact with politicians, computer hacking, unlawful invasions of privacy, blackmail threats and harassment. It has also involved a shameful conspiracy to cover up many of these misdeeds. No public interest justification has ever been credibly advanced for these abuses.

When you set up the Leveson inquiry, we welcomed your action. The government appeared to be taking seriously the unchecked abuse of ordinary people by parts of the press. It also appeared genuinely to be concerned about the damage done to public trust in politicians and the police and indeed in the important role in a democratic society played by ethical public interest journalism.

We accepted at face value your expression of regret at what had happened, both under your watch and that of previous governments. We understood that your experience of learning of the allegations against your former Head of Communications had underlined your determination to make sure that action was finally being taken to make sure that our free press, our police force and the political establishment put their house in order.

We also welcomed your remarks, made in the House of Commons, that “We will never solve this if we try to do it on a party basis; we must try to do it on a cross-party basis,” and that “We must at all times keep the real victims at the front and centre of this debate.” (Hansard 13 July 2011: column 320).

We were further reassured by what you said about us when you gave evidence at the inquiry: “I’ve read some of the evidence that’s been put forward, and frankly some of that evidence is incredibly shocking. Some of it is really heartbreaking. The test of a regulatory system is not does that make the politicians happier? The test of the system is: is it going to provide proper protection to ordinary families who, through no fault of their own, get caught up in these media maelstroms and get completely mistreated?

“I’ll never forget that, and that’s the test of all this. It’s not: do the politicians or the press feel happy with what we get? It’s: are we really protecting people who have been caught up and absolutely thrown to the wolves by this process. That’s what the test is.” (Official Transcript, 14 June 2011, page 57-8)

When it comes to this “test”, you will be aware that the victims, after reflecting on the evidence put before the inquiry in all its modules, made a submission which gives our view on the proposal for continued self-regulation put forward on behalf of some in the press by Lord Hunt and Lord Black (the ‘Hunt/Black’ plan). As stated in this submission (pdf), we do not believe these proposals are satisfactory in themselves, that they meet the needs of the victims, or that they will restore public trust. The submission states:

“The Module 4 CPVs have considered the submissions and evidence of Lord Hunt and Lord Black [to improve self-regulation]. The Module 4 CPVs all agree that the proposal advocated by Lord(s) Hunt and Black for a new contractual self-regulatory body would not be a satisfactory solution. The proposal is considered to be an insufficiently clean break from the current PCC and the failings associated with that organisation. In the event that this system was established, it is anticipated by the Module 4 CPVs that complainants would be likely to prefer court proceedings as a forum for seeking redress.”

We have therefore been alarmed and distressed by the widespread reports in the press (The Times, 31 August 2012), supported by comments made by senior members of your party, that you have already made up your mind and that you were “preparing to reject statutory intervention in the regulation of the press, even if it is strongly recommended by Lord Justice Leveson”; and that the “newspaper industry will be given another chance to improve self-regulation”.

We were also frustrated to see that your own Head of Communications, asked to reject the assertions in these stories, refused to do so, stating only that the reports were “speculation”. In the absence of rebuttal from you or your office, it is noteworthy that the Times (5 September 2012) felt able to repeat the story the following week, stating: “David Cameron is likely to reject statutory intervention in regulation of the press even if it is recommended by Lord Justice Leveson.”

After we reminded the press and your office that the victims rejected continued self-regulation of the press with no statutory back-stop, and of what you had said in July under oath at the inquiry (“…the test of all this. It’s not: do the politicians or the press feel happy with what we get? It’s: are we really protecting people who have been caught up and absolutely thrown to the wolves by this process. That’s what the test is”). The Times reported (5 September 2012) that “a well-placed source said Mr Cameron’s words had been misinterpreted and he had not intended to give a veto to any particular victims over the new system of regulation”.

It is highly regrettable to us that these articles, and supporting comments from senior Conservative party figures, have sought to undermine the work of the inquiry and to threaten any recommendations it may make for effective regulation of the industry. We are disappointed that you have so far not contradicted these articles, and therefore give the impression that you have, indeed, already decided to reject the recommendations of the inquiry which you set up, even before they are even submitted. We, the victims, would consider such a rejection to be a betrayal of us and of your previous commitments.

We therefore seek your reassurance that:

1 Contrary to the reports which we refer to above, you will consider the recommendations of Lord Justice Leveson with an open mind;

2 You have not already decided in favour of a proposal for continued self-regulation – which we believe to be unsatisfactory;

3 You will proceed on a cross-party basis;

4 That you stand by what you said at the inquiry.

To remind you once again: you said that the test of the future system of press regulation is not whether it suits the politicians or their friends in the press, but rather the public interest – including the need of members of society to be free from illegal and unethical press practices. Do we have those reassurances?

We look forward to hearing from you as a matter of urgency so that our minds can be put at rest and so that the public in general may know that your position on this vital matter has not changed. 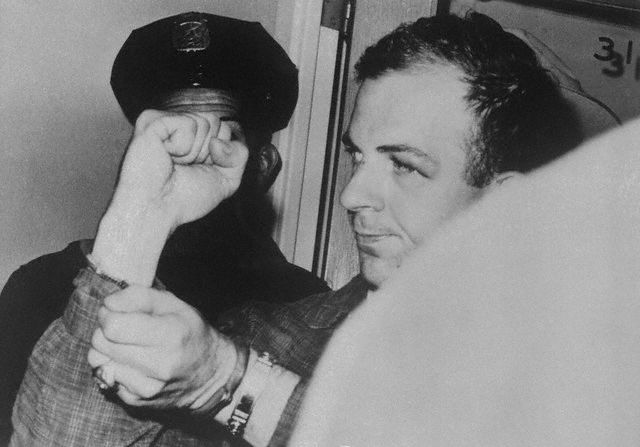