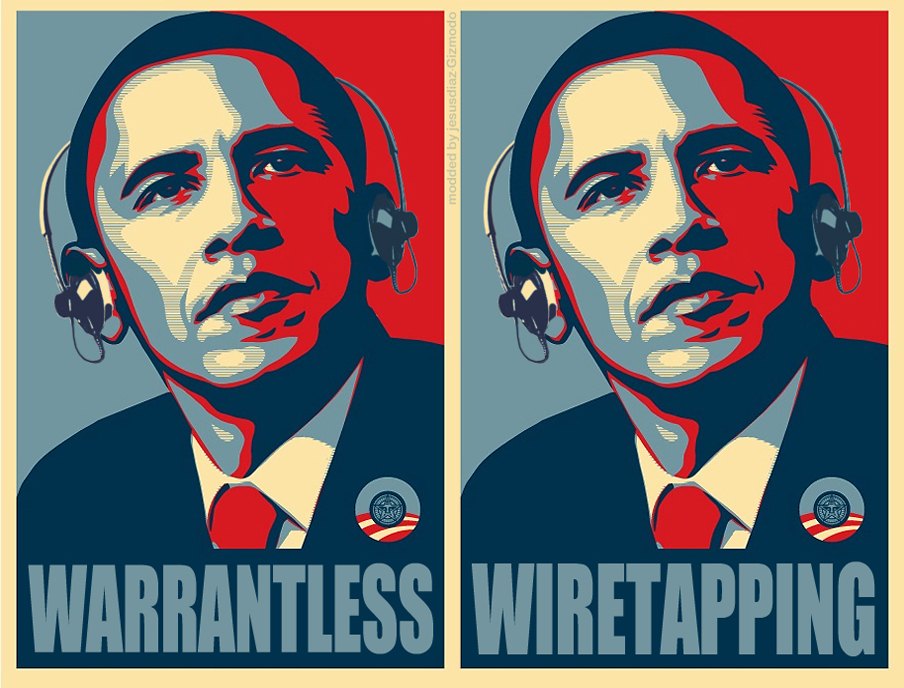 WASHINGTON — Law enforcement and counterterrorism officials, citing lapses in compliance with surveillance orders, are pushing to overhaul a federal law that requires phone and broadband carriers to ensure that their networks can be wiretapped, federal officials say.

The officials say tougher legislation is needed because some telecommunications companies in recent years have begun new services and made system upgrades that create technical obstacles to surveillance. They want to increase legal incentives and penalties aimed at pushing carriers like Verizon, AT&T, and Comcast to ensure that any network changes will not disrupt their ability to conduct wiretaps.

An Obama administration task force that includes officials from the Justice and Commerce Departments, the F.B.I. and other agencies recently began working on draft legislation to strengthen and expand a 1994 law requiring carriers to make sure their systems can be wiretapped. There is not yet agreement over the details, according to officials familiar with the deliberations, but they said the administration intends to submit a package to Congress next year.

Albert Gidari Jr., a lawyer who represents telecommunications firms, said corporations were likely to object to increased government intervention in the design or launch of services. Such a change, he said, could have major repercussions for industry innovation, costs and competitiveness.

“The government’s answer is ‘don’t deploy the new services — wait until the government catches up,’ ” Mr. Gidari said. “But that’s not how it works. Too many services develop too quickly, and there are just too many players in this now.”

Under the 1994 law, the Communications Assistance to Law Enforcement Act, telephone and broadband companies are supposed to design their services so that they can begin conducting surveillance of a target immediately after being presented with a court order.

To bolster their case that companies should face greater pressure to stay compliant, security agencies are citing two previously undisclosed episodes in which investigators were stymied from carrying out court-approved surveillance for weeks or even months because of technical problems with two major carriers.

The disclosure that the administration is seeking ways to increase the government’s leverage over carriers already subject to the 1994 law comes less than a month after The New York Times reported on a related part of the effort: a plan to bring Internet companies that enable communications — like Gmail, Facebook, Blackberry and Skype — under the law’s mandates for the first time, a demand that would require major changes to some services’ technical designs and business models.

The push to expand and strengthen the 1994 law is the latest example of a dilemma over how to balance Internet freedom with security needs in an era of rapidly evolving — and globalized — technology. The issue has added importance because the surveillance technologies developed by the United States to hunt for terrorists and drug traffickers can be also used by repressive regimes to hunt for political dissidents.

An F.B.I. spokesman said the bureau would not comment about the telecom proposal, citing the sensitivity of internal deliberations. But last month, in response to questions about the Internet communications services proposal, Valerie E. Caproni, the F.B.I.’s general counsel, emphasized that the government was seeking only to prevent its surveillance power from eroding.

Starting in late 2008 and lasting into 2009, another law enforcement official said, a “major” communications carrier was unable to carry out more than 100 court wiretap orders. The initial interruptions lasted eight months, the official said, and a second lapse lasted nine days.

This year, another major carrier experienced interruptions ranging from nine days to six weeks and was unable to comply with 14 wiretap orders. Its interception system “works sporadically and typically fails when the carrier makes any upgrade to its network,” the official said.

In both cases, the F.B.I. sent engineers to help the companies fix the problems. The bureau spends about $20 million a year on such efforts.

The official declined to name the companies, saying it would be unwise to advertise which networks have problems or to risk damaging the cooperative relationships the government has with them. For similar reasons, the government has not sought to penalize carriers over wiretapping problems.

Under current law, if a carrier meets the industry-set standard for compliance — providing the content of a call or e-mail, along with identifying information like its recipient, time and location — it achieves “safe harbor” and cannot be fined. If the company fails to meet the standard, it can be fined by a judge or the Federal Communication Commission.