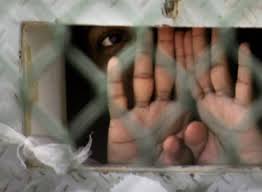 ” … Torture is a terrorist act. … Torture isn’t about secretly collecting information. It never has been. Torture only works when it isn’t secret. …”

The Soviet Union was good at torture.

But the Soviets excelled at torture because they understood its usefulness. “Our task is not only to destroy you physically,” a Stalinist interrogator explained to a prisoner in 1948. “But also to smash you morally before the eyes of the society.”

History’s great agents of pain knew what the CIA pretends not to.

Torture is a terrorist act

On Dec. 9, the U.S. Senate Select Committee on Intelligence released a 525-page report documenting the CIA’s torture of alleged terrorists.

The Senate report admits that torture was not an effective way of gathering intelligence. “At no time did the CIA’s coercive interrogation techniques lead to the collection of imminent threat intelligence,” stated committee chair Sen. Dianne Feinstein, a California Democrat.

The CIA and its allies say the opposite. “The documents will demonstrate that the program was effective in saving American and allied lives and in preventing another mass casualty attack on American soil,” former CIA director George J. Tenet shot back.

The Nazis and Soviets understood this. The world’s most brutal dictators—to whom the CIA outsourced some of its torture—also understand it.

The Soviet army chased the Nazis into Poland in 1945—and stayed there when World War II ended. The Polish resistance movement switched from fighting Nazis to battling communists. They were heroes to everyday Poles. Moscow sent secret police to help deal with them.

The Soviets in Poland captured thousands of insurgents. Often, they didn’t bother charging them with a crime.

“Instead, the secret policemen simply forced them to reveal the infrastructure of their organization, to divulge the whereabouts of their confederates and to confess to general charges like ‘killing Jews’ or ‘killing communists,’” Chodakiewicz wrote.

The confessions—even though they weren’t true—soured the public on the resistance.

“The objective of the … endeavor,” Chodakiewicz explained, “was to break the spirit of the individual under interrogation and then to destroy his image in the eyes of the public.”

Soviet methods of extraction were brutal. Polish resistance fighter Kazimierz Moczarski went into great detail about the “49 types of torture and battery” his tormentors used.

They beat him all over his body, ripped hair from his beard and crotch and forced him to sit naked on a bolt. The secret police also subjected Moczarski to several punishments the CIA employed decades later.

The Stalinists stripped Moczarski naked and left him in solitary confinement for days. They deprived him of sleep for more than a week, forcing him to stand up in his cell and slapping him awake when he dozed. He recalled powerful and terrifying hallucinations.

They denied Moczarski medical care and threatened his family with harm. They claimed his wife was a whore.

Sound familiar? According to the Senate report, the CIA kept its captives awake for upwards of 180 hours. The prisoners hallucinated. The spooks forced captives to stand for hours on broken limbs.

Abu Zubaydah—one of the CIA’s first prisoners—got shot during his capture. The Americans let the wound fester.

They threatened to rape the mother of another captive. One interrogator played Russian roulette with a detainee. That’s a deadly game where two people take turns aiming a loaded pistol at their own heads. The winner gets to live.

The CIA did all this—it said—to gain intelligence. It claimed these prisonersknew things about ongoing terror plots.

In truth, the Agency extracted next to no actual intelligence. Seven of the 39 victims gave no information at all. The other 32 made up stories about terrorist plots in order to end their torment.

The KGB would have spun that information into propaganda. If the CIA did the same, it isn’t owning up to it.

The Senate report reveals that the CIA figured out early on that torture wasn’t resulting in useful intel. After all, the Agency derived its torture tactics on reports from American airmen who had been captured in North Vietnam. The Vietnamese had designed these techniques to extract false confessions for propaganda purposes.

The North Vietnamese—learning from their Soviet backers—understood torture. The CIA did not. They wanted to change the old Soviet model. They wanted intelligence, not confessions.

The CIA “need[ed] a different working model for interrogating terrorists,” an Agency torturer explains in the Senate report. “Where confessions are not the ultimate goal.”

Like the CIA, the Nazis carefully explained that torture was only for extracting intelligence. They called it verschärfte Vernehmung, or “sharpened interrogation.”

“The sharpened interrogation may not be applied in order to induce confessions,” according to a June 1942 directive from S.S. Gruppenführer and Gestapo chief Heinrich Müller.

“[The techniques] may only be applied if … it has been ascertained that the prisoner can give information about important facts, connections or plans hostile to the state.”

“The sharpening can consist of the following,” the memo continued. “Hard bed, dark cell, sleep deprivation [and] exhaustive exercise.” Nazis were also allowed to beat the prisoners with a stick.

But the Gestapo in the field didn’t abide by the memo. Nazi officer Richard Bruns tortured citizens of occupied Norway. After the war, that country’s supreme court tried him for war crimes.

The descriptions of Bruns’ sharpened interrogation techniques will sound familiar to anyone who’s been reading the Senate report.

“Leg screws were fastened to his legs and he was beaten with various implements,” one witness testified, describing the Nazis’ torture of a comrade. “Later he was thrown unconscious into a cellar, where he remained for four days before receiving medical attention.”

“Multiple CIA detainees were subjected to the CIA’s enhanced interrogation techniques despite their medical conditions,” the Senate report states.

“Between 1942 and 1945, Bruns used the method of verschärfte Vernehmung on 11 Norwegian citizens,” noted the trial record. “This method involved the use of various implements of torture, cold baths and blows and kicks in the face and all over the body.”

“Abu Hudhaifa was subjected to ice water baths and 66 hours of standing sleep deprivation,” according to the Senate report. “He was released because the CIA discovered he was likely not the person he was believed to be.”

Officially, the Third Reich only tortured to gain information. In practice, torture served as a warning to civilians who might cause problems.

Kusnezov grew up in Eastern Europe and survived both Hitler and Stalin. “To enforce blind obedience of the multitudes,” she wrote, “the concentration camps were established.”

“No attempt was made to hide what was happening in the camps. These camps were there to terrorize the population and one could not do so in secret.”

In The Dialectics of Pain, Chodakiewicz explained that by 1948, many of the anti-Soviet Polish insurgents were so terrified of capture and torture that they would rather die on the battlefield.

“Some even committed suicide,” he wrote. “Or upon request dispatched their seriously wounded comrades to spare them from being captured. At least on one occasion the underground press praised the suicide of a disabled insurgent as ‘heroic.’”

Torture is a terrible method of interrogation but it’s a great way of spreading terror.

Iran knows this. Tehran sends dissidents to the Evin House of Detention for torture and abuse. The prison is well-known. It’s located on the northern outskirts of Tehran across the street from Shahid Beheshti University.

North Koreans know that rebels often end up in the infamous Camp 22. Syrians are well aware of the methods of torture the regime employs at Tadmor prison.

U.S. Sen. John McCain knows. The Arizona Republican was a prisoner of war in North Vietnam for more than five years.

“I know from personal experience that the abuse of prisoners will produce more bad than good intelligence,” McCain said on Dec. 9 while defending the Senate’s torture report.

“I know that victims of torture will offer intentionally misleading information if they think their captors will believe it,” he continued. “I know they will say whatever they think their torturers want them to say if they believe it will stop their suffering.”

Torture doesn’t save lives. The CIA either didn’t know this or isn’t admitting to it. The Agency’s attempts to cover its tracks by burning evidence and stonewalling investigators reveals it for what it’s been all along.

A group of sadists flogging prisoners in the dark while no one watched.

Previous Article
Hillary and Kissinger — Progressives Beware
Next Article
What Did Alan Gross Do in Cuba?