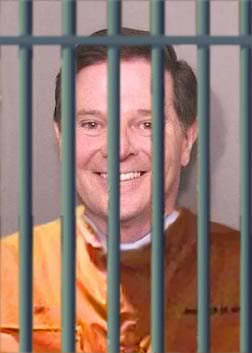 DeLay’s trial on his 2005 felony indictments was put on hold by visiting Judge Pat Priest because of appeals that already were in the system by DeLay associates Jim Ellis and John Colyandro. The two had been indicted prior to DeLay.

Colyandro and Ellis had won a victory in the Third Court of Appeals last year when the court said the state’s money laundering law did not apply to their case.

But the Court of Criminal Appeals, in a unanimous decision written by Presiding Judge Sharon Keller, ruled Wednesday that the money laundering issue could not properly be decided on a pre-trial motion. The court also ruled there was nothing unconstitutional on its face about the state’s election laws.

Travis County District Attorney Rosemary Lehmberg said Priest tentatively set a hearing in the case for Aug. 13. She said her lawyers will be preparing for the possibility of a trial.

“We will start moving toward dusting off the case and locating witnesses and getting ready,” Lehmberg said.

J.D. Pauerstein, a San Antonio lawyer for Ellis, said he also will be preparing to take the case back into court.

DeLay’s lawyer, Dick DeGuerin of Houston, said unless one of the other lawyers files additional appeals he expects the case to go to trial this year.

“It means we’re finally going to get the trial we’ve been waiting for for five years,” DeGuerin said.

Colyandro’s lawyer, Joe Turner, said he will consider whether to file a motion for a re-hearing with the state court or file another appeal directly to the United States Supreme Court.

The court in Citizens United declared unconstitutional federal laws limiting corporate spending to influence elections, but that case also allowed for the regulation of corporate donations directly to candidates.

Turner also noted that there are other pre-trial motions that need to be resolved. He questioned whether a continued prosecution makes sense after so much time has passed, especially when the money laundering issue likely would end up again in the Court of Criminal Appeals.

Lehmberg said the case is as important today as it was when it was first indicted. The case originally was brought under her predecessor, former District Attorney Ronnie Earle.

“These three were changed with felonies, and there are some important election code and corporate contribution issues that were raised by those indictments,” Lehmberg said.