Timothy Crawford and "New Models": The shady "second life" of the treasurer of SarahPAC 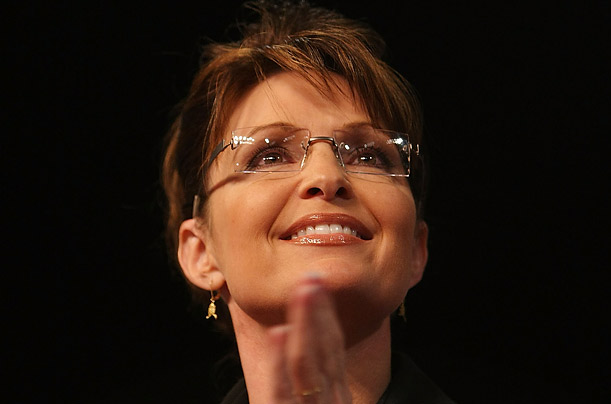 Jennifer Brunner, the Ohio Secretary of State has sued Crawford’s corporation to determine the nature and the identity of some $1.55 million dollars transferred from “New Models” to the entity “LetOhioVote.org”, formed to thwart Democrat Governor Ted Strickland’s own plan to manage gambling in that state. Crawford and the other defendants refused to disclose the donor list. But a recent court order paved the way for depositions and subpoenas to proceed in this matter. See also this article at www.cleveland.com from April 30, 2010 with more details regarding this decision of Ohio’s Supreme Court.

According to another article, New Models (http://newmodelsusa.org) has a nonprofit web identity, but has not registered as a nonprofit, has no board of directors, and no paperwork on file with the IRS or the Federal Elections Commission.

All reports which have been filed by Timothy Crawford’s corporation “New Models” with the State of Virginia can be downloaded HERE.

Yes, that’s him. Tim Crawford. Treasurer of SarahPAC. A comparison of the signatures Tim provided for SarahPAC and those he provided for “New Models” also prove that it’s one and the same person.

Crawford is no stranger to Ohio politics. He was a paid fundraising consultant ($115,000 plus expenses) for Republican Ken Blackwell – a pro-life, anti-gay, Religious Right candidate besmirched by Diebold election machine scandals — in Blackwell’s failed bid for the governorship in 2006 against current Ohio governor Ted Strickland. According to Wikipedia: “Blackwell’s campaign relied heavily on accusations that Ted Strickland was not a resident of Ohio, and later, that Ted Strickland was gay. Both of these accusations played heavily in campaign literature that failed to resonate with Ohio voters. Due to his poor management of this campaign, Blackwell’s ability to compete on a national stage was called into question.”

You may recall Tim Crawford’s abrupt ouster as RNC finance director in March 2009, for allegations of “impropriety” – as soon as Michael Steele was named RNC Chair. Interestingly, Ken Blackwell (also African American) was one of the nominees for the Chairmanship, but was passed over in favor of Michael Steele. Both men having been roundly trounced by Steele, appear to be re-joining forces to challenge another old foe: Governor Ted Strickland.

Baker Hostetler, the campaign compliance law firm paid by SarahPAC is representing Tim Crawford. The question seems justified whether these fees will be picked up by SarahPAC, “also, too.”

SarahPAC has also made hefty donations to Strickland’s opponents: John Kasich, of FOX News fame and Mary Taylor. The PAC’s last half 2009 financial disclosure reveals contributions to all of the key Ohio campaigns. These donations, when joined to the mysterious New Models $1.55 million, are reminiscent of the SarahPAC/Club For Growth 13th hour attempt to manipulate the upstate NY election of Doug Hoffman last spring with ‘outsider money.’

Only this time, Ohio is not buying, as shown by a recent Supreme Court order, handed down by an all-Republican judiciary.

A portion of Supreme Court of Ohio Justice Pfeifer’s written decision in the matter:

“Wouldn’t Teddy (Roosevelt) be dismayed to learn that the “direct popular action” of the people of Ohio is far, far from direct, involving straw men, front organizations, red herrings, and smoke and mirrors, and winding its way from Ohio to the New Models’ “headquarters” in a nondescript house in suburban McLean, Virginia, and back again, with possibly a couple of stops in the boardroom of a gaming company or in the luxury suite of a basketball arena? Shouldn’t we all be dismayed that the exercise of pure democracy that is the right of referendum, added to our Constitution after a vote of the people in 1912, has been made impure through surreptitious funding? Shouldn’t we expect our secretary of state, as Ohio’s chief elections officer, to aggressively investigate instances where our election laws appear to be exploited? Or in the alternative, should we not expect her to investigate in order to identify a gaping hole in our election law that could not have been intended by the General Assembly?

So do we, Justice Pfeifer. So do we.

Please tell us, Tim, in the name of openness and transparency: Who gave you $ 1,55 million to forward to “LetOhioVote.org”, and why did you fight so hard in court to keep the sources of this money secret? Who are the real donors, Tim?

Sarah Palin, remind us again what company do you prefer to keep?
Additional research provided by P & K.

UPDATE (by Patrick): Our brilliant reader “ella” found an article in www.courierpress.com from May 2008, which demonstrates the dirty practices and lies that Tim Crawford and his shady company “New Models” employs:

An out-of-state organization’s last-minute attacks on state Rep. David Watkins has the legislator crying foul, while primary opponent Herb McKee is saying he has nothing to do with the mailings.

The first flier appeared in local mailboxes Wednesday, making the accusation Watkins voted in favor of gas tax increases by supporting House Bill 262, a bill that would have made adjustments to a number of taxes, but had only tangential application to the level of the state gasoline tax.

“It’s just totally not true,” Watkins said. “The only tax I proposed … was on the cigarette tax. I thought that was pretty dirty. Somebody’s spending some big bucks trying to defeat me.”

McKee denied having any connection with the fliers. “That’s not me doing that,” he said. “I had nothing to do with it. I have no clue who they are or why, but it looks like they are very intense about it. It’s costing a lot of money.

“If it’s not true, then I’m very disappointed in anybody who tries to tell the public something that’s not true, about my opponent or anybody else, for that matter.”

Watkins said he’s not sure who’s behind the fliers, which are put out by an organization called New Models in McLean, Va.

“I’m sure it was somebody who I stepped on their toes while I was up there” in Frankfort, Watkins said. “I’m sure I have some enemies. But people of Henderson know me. I don’t think that will get me.”

There is no telephone listing for New Models in McLean, and Web searches turned up nothing. But the tax assessor’s office in Fairfax County, Va., disclosed that the address given for New Models is the home address of Tim and Mary Crawford.

Tim Crawford, when reached by telephone, said New Models is a non-profit organization formed about a year ago under section 501(c)(4) of the federal tax code, and that it represents no particular industry or interest group. That section of the tax code usually refers to civic leagues, social welfare organizations or local associations of employees. Such organizations are not prohibited from engaging in political activity, but that can’t be the organization’s primary purpose.

The organization’s fliers, however, appear aimed primarily at defeating Watkins. A second flier appeared in mailboxes Thursday, saying Watkins had “accomplished little and offended many” in his stance on public employee health care benefits.

And the flier on the gas tax vote was misleading at best. Among many other things, House Bill 262 would have clarified computation of the motor fuels tax. That tax, which is paid by gasoline distributors, floats with the average price of gasoline. It is currently capped at $1.34 a gallon. The legislation would have raised the cap to $1.78 a gallon — but only if gas prices pushed it that high.

Crawford, however, maintains that the flier is correct. “It still raises taxes,” he said. “That’s a key issue across the country this year.”

How is it possible that Timothy Crawford claims that “New Models” is a 501(c)(4), but that at the same time this entity is nowhere to be found in the IRS database, as is required?

A search in the Viriginia state corporation database proves that “New Models” was already founded in July 2003 – see this screenshot I took earlier today from the database.

UPDATE 2 (by Patrick):I just made a test search for a real 501(c)(4) in Virginia.Here we have a real one: “Virginia Society for Human Life Inc”.You find this organization in the IRS database and also in the VA state corporation database – click on “Clerk’s Information System”.

I also found out that non-profit organizations in VA are usually listed in the VA state database as “non-stock”.

This is the case for the “Virginia Society for Human Life” as well as for “New Models” in the VA database – both are listed with “non-stock”.

HOWEVER, “New Models” cannot be found in the IRS database – although the company is almost seven years old!

Therefore, something is wrong with “New Models”.

UPDATE 3 (by Patrick):
Our very own micmac also supports the progressive bloggers in Ohio. Today she gave them a tip about the fact that one of the other defendants in the court case we mentioned above, Norman Cummings, who worked as consultant for “LetOhioVote”, actually has his legal residence in Ohio – and not, as Cummings himself falsely claimed, in Colorado! As a consequence, Cummings should receive his subpoena soon!
The Ohio progressive blog “plunderbund”, who reported about these events before, quickly turned this into a story today and expressly thanked micmac!
Think globally, act locally!
.
Labels: new models, sarahpac, timothy crawford

The Quiet Death Of A Nazi: Martin Sandberger’s Last, and Only, Interview
May 05