Thompson Courts the Hard-Right Base - The Constantine Report
0 SHARES

Thompson Courts the Hard-Right Base 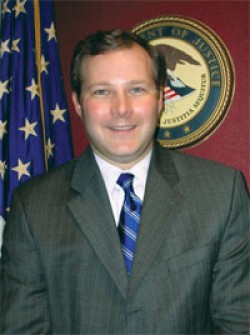 TIMOTHY GRIFFIN, the Karl Rove protégé at the center of the federal prosecutor scandal, is negotiating for a senior position on Fred Thompson’s Republican presidential campaign, another sign that the actor and former senator is positioning himself as the reddest of red-meat candidates appealing to the right-wing base. - Consortium News

A BACKGROUND BRIEFING ON TIMOTHY GRIFFIN

Griffin out, but issue stays

J. Timothy Griffin chose to quit Friday as United States attorney for the eastern district of Arkansas, five months after he should have and four months before he had to. He gave no sign that it was an act of contrition, for which people might have been forgiving, but rather that it was an act of expediency.

Griffin was rumored to be angling for a job in one of the Republican presidential campaigns, probably that of the dour Tennessee actor Fred Thompson, and the endless recitation of the White House finagling that landed him the prosecutor’s job and his past skullduggery as a political operative in Florida and elsewhere were not advancing his career. New federal legislation would terminate his employment in four months anyway because he was an interim appointee under the Patriot Act. The legislation was designed to oust Griffin and to prevent recurrences.

But Griffin’s resignation will not end the discussion or apparently the revelations about knavery at the Justice Department and the White House over the dismissal of U. S. attorneys and the general politicization of federal justice. Griffin had become the poster boy — well, a poster boy — for the partisan administration of justice.

Even after he was sworn in on H.E. “Bud” Cummins’ last day, Dec. 20, and undertook the role of nonpartisan prosecutor with an oath that he would be above politics, emails showed that he was sending messages back to political cronies in Washington chortling about how he had scored points against the junior Democratic senator from Arkansas, Mark Pryor. Every dump of documents before congressional committees produces further embarrassments.

It was Cummins’ firing to make room for Griffin, an aide to White House political director Karl Rove and former opposition researcher for the Republican National Committee, that set off the U.S. attorney scandal — that and Pryor’s objections that the attorney general of the United States had lied to him about Griffin’s appointment. The White House wanted Griffin in the job to fatten his credentials for a future run for political office in Arkansas. That five months on his résumé may not get him too far.

Still to come are testimony and documents from Karl Rove, Harriet Miers and others in the White House political and counsel offices. Congress should insist on it. Now that he is free of restraints, Griffin also ought to talk for the record and under oath, like U. S. attorneys historically have done but which he refused to do.