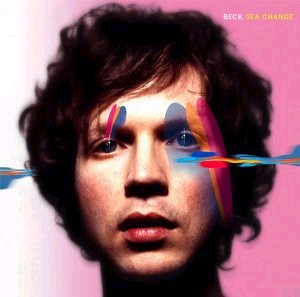 “How Well Did Beck Know Theresa Duncan and Jeremy Blake?”

Beck the Scientologist has contradicted himself re Theresa Duncan, even been caught in demonstrable falsehoods. Most people do not invent facts about an issue as serious as “suicide” unless they are concealing something. This isn’t to say that he is somehow involved, but he has reasons for attempting to distance himself from the Duncan and Blake – perhaps fear for his own hide. Did the “Golden Suicides” tell him anything that could get him killed? He could, after all, be next. Bear this in mind while reading the article:

” … In January’s issue, Nancy Jo Sales traces the last steps of the couple leading up to their deaths this past July. According to Sales, Duncan was devastated after the singer reneged on a promise to star in Alice Underground, a film she was directing. “Beck and I met repeatedly to discuss the film,” she e-mailed a friend in 2003. But when he backed out later, she blamed it on his being a Scientologist and claimed members of his church repeatedly harassed her and Blake. (The VF story says she complained about late-night hang-up phone calls and weird men staking out the couple’s house.)”

Note: The press has, without evidence, so far claimed that Duncan was a paranoiac who falsely believed that she was being stalked. She has even been heavily ridiculed by her “friend” Kate Coe in the LA Weekly for believing that “weird men” were stalking her. Who is Coe to call her a liar and deny the stalking allegtation?

Back to the Beck story:

“We never met to discuss doing her film,” Beck writes in an e-mail to VF, referring to Duncan as “a passing acquaintance.” Weird, though, because Duncan had pictures of herself and Blake enjoying a day at the beach with Beck and his wife, Marissa Ribisi, purportedly taken in 2004. (VF even published one of them.) Duncan reportedly said that Beck had told her he wanted to leave the Church of Scientology and thought starring in her movie might be a way to do it. “[Beck] really, really tried to get away…using going to New York to be in Alice Underground…He told me he wanted to leave the cult desperately.” Wrong again, says Beck: “That’s ridiculous. Totally false…Had we been closer and discussed anything as personal as religion, I would have only had positive things to say about Scientology.”

But now blogger Emmanuelle Richard points us to a translated 2003 Italian interview with Beck that seems to undermine his credibility a little. Here he is talking excitedly about making his acting debut in a movie that sounds a lot like Duncan’s Alice Underground: “It will be full of energy and full of characters: some kind of Alice in Wonderland set in the seventies. It still doesn’t have a title. The director is a friend of mine, and it will be her directorial debut. But I trust her. We will begin shooting in the fall.”

The controversy doesn’t end there, apparently. Blog SoMA reports that the Vanity Fair article’s original author, John Connolly, was pulled off the story, and it was given to Sales, who’s the ex-wife of Father Frank Morales, a friend to Duncan and Blake who was there when Duncan’s body was discovered in her East Village apartment.

What the hell is going on here? We have no idea!

The press is so confused, babes in a horror chamber.

Previous Article
The Years of Extermination: Nazi Germany and the Jews – “no one stood up for Jews who were being murdered by the Nazis”
Next Article
Theresa Duncan “Suicide” – The Return of Rupert Murdoch