It’s good to have the Inquisitr website around to confirm my own research on NutraSweet (I reported most of the facts discussed here 22 years ago, and that work was followed up by 60 Minutes in 1996, including a cautionary statement on the increase in tumors a year after FDA approval), a neuro-toxin made from the waste product of genetically-modified bacteria — this is a verifiable fact (I’m no “Lyin’ Ted”). Ingesting it is crazy. Defending its “safety,” as many painted ladies in the scientific community and media have done for decades, is criminal. There are too few of us standing tall. Please circulate widely, especially to reporters. – AC

Earlier this month, news wires and Twitter feeds were abuzz with info about the potential danger of certain artificial sweeteners. In reality, recent reports about the potential perils of low-calorie sweeteners are not exactly breaking news. Almost 20 years ago, on December 29, 1996, Mike Wallace conducted an eye-opening segment about aspartame, also known as NutraSweet, on 60 Minutes.

The segment aired in response to a flurry of reports noting a dramatic increase in brain tumors and other serious health issues following the approval of aspartame for use in dry foods in 1981. Fifteen years after its somewhat dubious approval, (the most controversial FDA decision to date), more than 7,000 consumer reports of adverse reaction to aspartame had been delivered to the FDA. As reported by 60 Minutes, the litany of consumer complaints included severe headaches, dizziness, respiratory issues, and seizures. The FDA countered with a statement that aspartame was the most tested product in FDA history.

Dr. Virginia V. Weldon, a pediatrician from Missouri and Vice President of Public Policy for the Monsanto Company from 1989 through 1998, told 60 Minutes that aspartame is “one of the safest food ingredients ever approved by the Food and Drug Administration.”

Dr. John W. Olney, a neuroscientist at Washington University School of Medicine, vehemently disagreed with Dr. Weldon’s assessment of the controversial super sweetener. Notable for his discovery of the brain-harming effects of an amino acid called glutamate, Dr. Olney was influential in legislating the ban of MSG in baby food. At the time of the 60 Minutes segment, he had been studying the effects of aspartame and other compounds on brain health for more than two decades.

Olney told 60 Minutes’ Mike Wallace that since the approval of aspartame, there had been “a striking increase in the incidence of malignant brain tumors.” The doctor did not directly blame aspartame for the increase. He did, however, state that there was enough questionable evidence to merit reevaluating the chemical compound. He said that the FDA should reassess aspartame and that “this time around, they should do it right.”

Dr. Erik Millstone, Professor of Science Policy at the University of Sussex, told 60 Minutes that Searle’s testing procedures in the early 1970s were so flawed that there was no way to know for certain if aspartame was safe for human consumption. Millstone claimed that the company’s failure to dissect a test animal that died during an aspartame experiment was merely one example of “deficiencies” in Searle’s conduct. He also noted that when test mice presented with tumors, the tumors were “cut out and discarded and not reported.” In addition, Dr. Millstone told Mike Wallace that G.D. Searle and contractors hired by the drug company administered antibiotics to some test animals yet neglected to reveal this information in official reports.

In 1974, after the G.D. Searle company had already manufactured a significant quantity of aspartame, then-commissioner of the FDA, Alexander Schmidt, came very close to approving the chemical for human food purposes. Relying solely on evidence provided by Searle, the FDA allowed a mere 30 days for the public to respond before putting the FDA seal of approval on the now-controversial food additive. Dr. John Olney wasted no time in joining forces with James Turner, a public interest attorney who also worked with consumer advocate Ralph Nader. Just before the allotted time for public response ran out, Dr. Olney and his attorney petitioned the FDA with data that indicated the dangerous similarities between aspartame and glutamate.

In his 1970 best seller, The Chemical Feast, Turner detailed numerous ways the FDA shirked its obligation to protect the American people. At the time of its publication, Time magazine described the tome as “the most devastating critique of a U.S. government agency ever issued.”

In response to Dr. Olney’s allegations that aspartame was potentially as brain-damaging as glutamate, the FDA called for a task force to investigate the matter. By late 1975, the FDA found that Searle’s own research into the safety of aspartame was so flawed that they stayed the approval process, citing “a pattern of conduct which compromises the scientific integrity of the studies.”

Former U.S. Senator Howard Metzenbaum told 60 Minutes that when Searle presented information to the FDA in 1974, the drug company “willfully misrepresented” and omitted facts that may have halted approval of what would soon become its best-selling product. Metzenbaum went on to say that the FDA was so disturbed by its findings, it forwarded a file to the U.S. Attorney’s Chicago office in 1975 in the interest of calling a grand jury to determine whether criminal indictments against Searle were warranted.

When did the grand jury convene? Never. According to 60 Minutes, U.S. Attorney Samuel Skinner requested a grand jury investigation in 1977 but recused himself from the case when he was offered a job at the Sidley & Austin law firm, which also happened to be the Chicago law firm that represented the G.D. Searle company. The investigation was stalled until the statute of limitations ran its course, and no grand jury ever heard the case against Searle’s questionable research standards. Skinner, by the way, did eventually accept the job with Searle’s Chicago law office.

In 1977, a new FDA task force convened in Skokie, Illinois, with the sole purpose of investigating the research methods employed by G.D. Searle in its effort to gain FDA approval of aspartame. The task force examined raw data from 15 studies that Searle used to back up its uniformly positive claims about aspartame. According to journalist Andrew Cockburn, the task force noted numerous “falsifications and omissions” in Searle’s research reports.

In 1980, at the tail end of the Carter administration, the FDA conducted two-panel investigations into claims that aspartame caused brain tumors. Led by scientific and medical experts, each panel concluded that more tests were needed to prove the safety of the sweetener. Both panels concluded that aspartame should not be approved at that time.

So, how does the fellow in the cover picture figure into this equation?

If you do not recognize the face in the feature photo, here is a memory refresher: The man in the pic — and up to his ears in the aspartame controversy — is Donald Rumsfeld. Perhaps best known as Secretary of Defense during the George W. Bush presidency, Donald Rumsfeld also happened to be CEO of the G.D. Searle drug company when Ronald Reagan was sworn in as President of the United States on January 1981.

Regardless of its safety or potential peril, the fact remains that without the clout and political influence of Donald Rumsfeld, aspartame might never have been approved for human use at all.

Donald Rumsfeld, who at one time aspired to be Reagan’s running mate, was a member of the new president’s transition team. Part of the team’s duties involved the selection of a new FDA Commissioner. Rumsfeld et al chose a pharmacist with no experience in food additive science to lead the agency.

On January 21, 1981, Ronald Reagan’s first full day as president, the G.D. Searle company, headed by Donald Rumsfeld, reapplied for FDA approval of aspartame. That same day, in one of his first official acts, President Reagan issued an executive order that rescinded much of the FDA commissioner’s power.

In April 1981, newly appointed FDA commissioner Arthur Hayes Hull, Jr., put together a five-person panel tasked to reevaluate the agency’s 1975 decision to not approve aspartame as a food additive. At first, the panel voted 3-2 to uphold non-approval of the chemical sweetener. Hayes then invited another member to the official FDA panel, and the vote was retaken. The panel deadlocked, and Hayes contributed his own vote to break the tie. Two months later, the product that the FDA refused to approve for seven long years was suddenly approved for human consumption.

Four years later, in 1985, the Monsanto corporation bought G.D. Searle and established a separate division, The NutraSweet Company, to manage the sales and public relations of one of its best-selling and most profitable products. It may be worth noting that when Monsanto purchased Searle and the patent on aspartame, Donald Rumsfeld reportedly received a fat $12 million bonus.

Before reading this, how much did you know about the origins of aspartame? If you’re like most Americans, the answer is “not much.” And, if you’re like many Americans, your interest in a story such as this one will wane as soon as the next hot topic comes along. Perhaps this is the reason that there has been little if any public outcry regarding aspartame or the weird way that it received FDA approval.

In 1987, UPI investigative journalist Gregory Gordon reported that Dr. Richard Wurtman, a neuroscientist at Massachusetts Institute of Technology and a die-hard supporter of aspartame during its 1981 rush to approval, had reversed his thoughts on the sweetener. He noted the once-ardent supporter as saying his views had evolved along with scientific studies and his increased skepticism of industry research standards.

In 1997, the U.K. government obliged makers of sweetened food to prominently include the words “with sweeteners” on product labels. Ten years later, U.K. supermarket chain Mark & Spencer announced the end of artificial sweetenersand coloring in their chilled goods and bakery departments, according to theDaily Mail.

In 2009, Woolworths, a South African retailer, announced that it would no long brand products containing aspartame.

On February 28, 2010, Dr. Arthur Hayes Hull, Jr., the FDA Commissioner who hurried aspartame to market and later squelched public fear of Tylenol during the 1982 poisoning scare, died in Connecticut. According to his New York Timesobituary, Hayes was employed as president of E. M. Pharmaceuticals after his term at the FDA. Hayes succumbed to leukemia at age 76.

A 2011 report in the Huffington Post noted that 10,000 American consumersnotified the FDA about the ill effects of aspartame between 1981 and 1995. According to the article, the use of aspartame elicited more complaints than any other product in history, comprising 75 percent of complaints received by the U.S. Food and Drug Administration.

In 2013, the EFSA (the British equivalent of the FDA), reiterated its claim that aspartame is harmless. Professor Erik Millstone responded with his ownreevaluation of aspartame, in which he noted that every study the EFSA used to approve aspartame was funded by the same industry that manufactures and profits from the controversial sweetener.

Dr. John W. Olney passed away at the age of 83 on April 14, 2015. In addition to his campaigns against aspartame and glutamate, the doctor devoted half a century of his life to finding a cure for Multiple Sclerosis, the crippling neurological disease that claimed his own sister when she was 16. According to the St. Louis Post Dispatch, cause of death of the pioneering brain researcher included complications of ALS, a neurological disorder more commonly known as Lou Gehrig’s Disease.

Those interested in learning more about the approval of aspartame are invited to read the FDA Commissioner’s Final Report, published by the Department of Health and Human Services on July 24, 1981. A detailed version of the aspartame timeline is available at Rense.com.

The Weird Politics Of Aspartame: Conspiracy Theory Or Startling Truth? 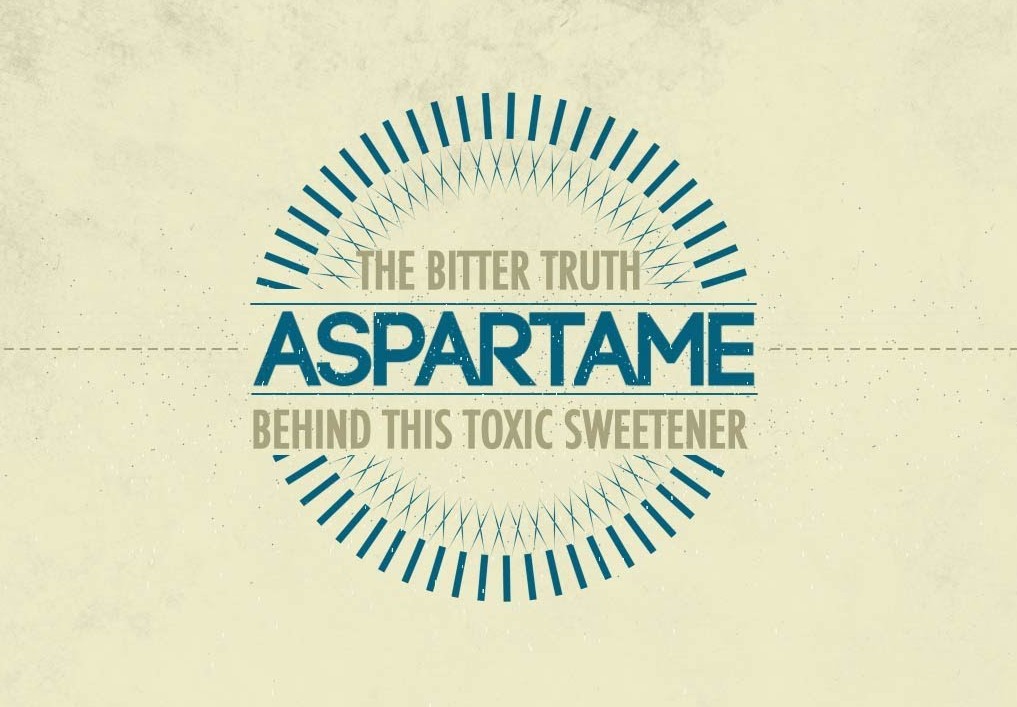 The History of Aspartame
Mar 20