The “Resistance,” a Christian Group, Calls on 50 Cent to Retire Because He’s a “Satanic Piece Of Filth” 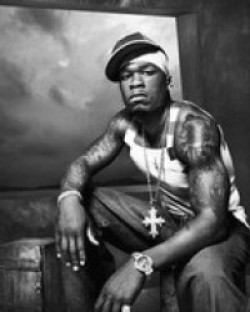 A radical Christian group is calling for 50 Cent’s retirement in light of his recent SoundScan showdown with Kanye West.

According to TMZ.com, the Christian media watchdog group known as The Resistance are demanding that 50 put down the mic for good, since he’d previously sworn to retire from rap if Curtis failed to surpass West’s Graduation in record sales.

“It is time for 50 Cent to be a man of his word, and retire,” Mark Dice, spokesman for The Resistance, explained. “The world will be a better place when this Satanic piece of filth retires and stops making music.”

The Resistance has also requested their supporters post comments on Fiddy’s MySpace page encouraging him to retire.

While 50 Cent lost the sales battle domestically after Graduation debuted at No.1 on the Billboard 200 by moving 957,000 copies and Curtis came in at No. 2, selling 691,000 copies, 50 has since proclaimed himself a victor citing international sales.