The Republican Romance with Foreign Dictators 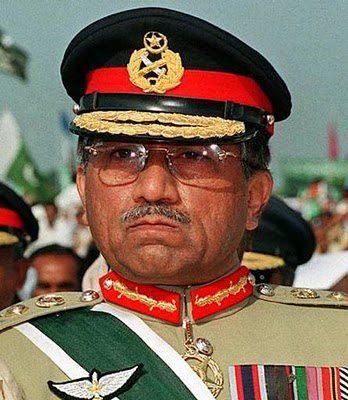 Republicans have never met a general they didn’t fall in love with. In 1959, Republican President Dwight Eisenhower signed a bilateral security agreement with Generalissimo Muhammad Ayub Khan (the agreement called upon the United States to use her armed forces as may be mutually agreed upon). Eisenhower then went on to establish intelligence facilities near Peshawar to spy over the Soviet Union. Two years later, Democrat John Fitzgerald Kennedy won the White House. President Kennedy gave US$1 billion to Jawaharlal Nehru and a paltry US$150 million to our generalissimo.

In the midst of Nixon-Yahya friendship came a cable from Archer Blood, the US Consulate General in Dhaka, accusing General Yahya of “genocide”. Nixon let Yahya continue the “political genocide”. The US Congress was distressed but Nixon reiterated “Yahya is a good friend” adding that “I understand the anguish of the decisions which Yahya had to make”. Nixon then went on “illegally providing military supplies to General Yahya despite Congressional objections” (declassified US government documents and audio clips concerned with United States policy towards India and Pakistan during the South Asian Crisis of 1971).

On 20 January 1981, Republican Ronald Reagan became the 40th President of the United States. Right after entering the White House, Reagan rediscovered the general who had seized the presidency. Reagan waived sanctions, laid out the red carpet, and offered General Muhammad Zia-ul Haq a hefty US$3.2 billion 5-year aid package, F-16 fighters and Garcia-class frigates. In 1986, Reagan even went ahead certifying to the Congress that General Zia “does not possess a nuclear device”.

Just when Nawaz Sharif, our civilian PM, was entering the PM’s House, the Pressler Amendment was invoked. Economic and military aid approved for 1991 was frozen and F-16s were blocked.

Interestingly, I recently found a Pakistani blog-site called ‘The Glasshouse’ debating as to why liberal, middle-class Pakistanis have begun despising America? The blogger calls himself or herself ‘The Onlooker’ and had this to say:

“Okay Americans, you have a democracy, a constitution that guarantees your rights of liberty, free speech and rule of law. Simply put, no government official in your country can crash through your door in the early hours of [the] morning to beat you up [and] kidnap you to be tortured…or more simply, put a bullet through your head. Okay, so you have an incompetent for a president, but then you have no one else to blame but yourselves… Fine, you might have made a human mistake, but then at least you are saved by a political system that gets rid of him once he serves his term (or gets impeached). Yes, it was extremely tragic that some 2,973 people died during the September 1, 2001, attacks. Many of us were devastated by the loss of these hundreds of innocent civilian lives. But, we in Pakistan also want to have liberty, freedom of speech and rule of law. Why is it that the US Administration persists in supporting forces that deny us our basic rights as human beings?”