” … Increasing the U.S. war budget to the highest level it’s been since the largest and deadliest war in history while no nation or group of nations poses a serious threat to the country, and to a degree where it effectively exceeds the defense spending of the rest of the world combined, is all in the proper order of things for the world’s sole military superpower.” 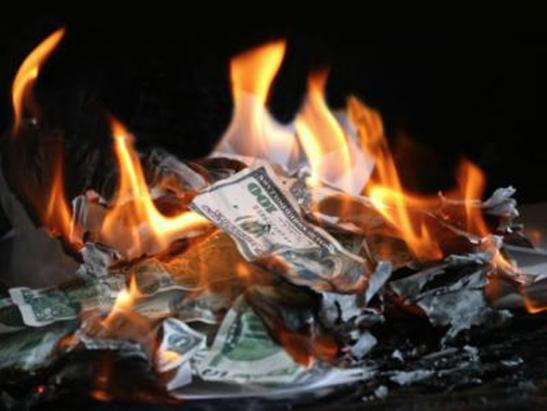 On December 22 both houses of the U.S. Congress unanimously passed a bill authorizing $725 billion for next year’s Defense Department budget.

The bill, the National Defense Authorization Act for Fiscal Year 2011, was approved by all 100 senators as required and by a voice vote in the House.

The House had approved the bill, now sent to President Barack Obama to sign into law, five days earlier in a 341-48 roll call, but needed to vote on it again after the Senate altered it in the interim.

The proposed figure for the Pentagon’s 2011 war chest includes, in addition to the base budget, $158.7 billion for what are now euphemistically referred to as overseas contingency operations: The military occupation of Iraq and the war in Afghanistan.

The $725 billion figure, although $17 billion more than the White House had requested, is not the final word on the subject, however, as supplements could be demanded as early as the beginning of next year, especially in regard to the Afghan war that will then be in its eleventh calendar year.

Even as it currently is, the amount is the highest in constant dollars (pegged at any given year’s dollar and adjusted for inflation) since 1945, the final year of the Second World War. With recent U.S. census figures at 308 million, next year the Pentagon will spend $2,354 for every citizen of the country at the $725 billion price tag alone.

The Stockholm International Peace Research Institute estimates American military spending for 2009 to have accounted for 43 percent of the world total. Carl Conetta, co-director of the Project on Defense Alternatives, earlier this year estimated the 2010 U.S. defense budget to constitute 47 percent of total worldwide military expenditures and to amount to 19 percent of all American federal spending.

In addition, Pentagon spending has increased by 100 percent since 1998 and “the Obama budget plans to spend more on the Pentagon over eight years than any administration has since World War II.” [2]

With 2.25 million full-time civilian and military personnel, excluding part-time National Guard and Reserve members, the Defense Department is the U.S.’s largest employer, outstripping Walmart with 1.4 million employees and the U.S Post Office with 599,000. [3]

“Add in what Homeland Security, Veterans Affairs, and the Energy departments spend on defense and total US military spending will reach $861 billion in fiscal 2011, exceeding that of all other nations combined,” according to Todd Harrison, senior fellow for Defense Budget Studies at the Center for Strategic and Budgetary Assessments. [4]

In April Robert Higgs of The Independent Institute advocated that the budgets – in part or in whole – of the departments of Veterans Affairs, Homeland Security, Energy, State and Treasury and the National Aeronautics and Space Administration (NASA) should be calculated in the real military budget, which would in 2009 would have increased it to $901.5 billion.

“Adding [the] interest component to the previous all-agency total, the grand total comes to $1,027.8 billion, which is 61.5 percent greater than the Pentagon’s outlays alone.”

Department of State (plus international assistance) 36.3

Department of the Treasury (for the Military Retirement Fund) 54.9

The above-cited Carl Conetta stated at the beginning of this year that the 2011 Pentagon budget will mark a milestone in that “the inflation-adjusted rise in spending since 1998 will probably exceed 100% in real terms by the end of the fiscal year.

“Taking the 2011 budget into account, the Defense Department has been given about $7.2 trillion since 1998, when the post-Cold War decline in defense spending ended. Approximately $2.5 trillion of this total is due to spending above the annual level set in 1998. This added amount constitutes the post-1998 spending surge.”

He also compares the two previous largest post-World War Two surges in U.S. military spending to the current one:

In regards to which he said, “the 1998-2011 surge is as large as these two predecessors combined.”

His calculations also include a growth in Pentagon contract employees of 40 percent since 1989, thereby freeing up uniformed service members for more direct combat roles.

The U.S. share of global military spending grew from 28 percent during the Cold War to 41 percent by 2006 and that of North Atlantic Treaty Organization member states, including the U.S., from 49 percent to 70 percent in the same period.

Contrariwise, the “group of potential adversary and competitor states has gone from claiming a 42% share to just 16% in 2006.

“Had Ronald Reagan – who is generally regarded a hawkish president – wanted to achieve in the 1980s the ratio between US and adversary spending that existed in 2006, he would have had to quadruple his defense budgets.

“And, of course, since 2006, the US defense budget has not receded, but instead grown by another 20% in real terms.

“By 2011, the United States will probably account for more than half of all global military spending calculated in terms of ‘purchasing power parity’ (which corrects for differences between national economies).” [6]

The defense authorization bill passed on December 22, despite its monumental and unprecedented size, has been routinely described in the American press as stripped-down, scaled-down and pared-down because an arms manufacturer or two, their lobbyists and obedient congresspersons didn’t get every new defense contract and weapons project they desired three days before Christmas.

The December 22 vote in the House was, as Associated Press accurately described it, conducted without debate or discussion – and “without major restrictions on the conduct of operations” – particularly in regards to the $158.7 billion for the military operations in Afghanistan and Iraq, $75 million to train and equip the armed forces of Yemen for the counterinsurgency campaign in that country and $205 million more to fund Israel’s Iron Dome missile shield.

Regarding the first vote on December 17: “This year’s bill is mostly noteworthy for its broad bipartisan support during wartime…. Unlike during the height of the Iraq War when anti-war Democrats tried to use the legislation to force troops home, the House passed the defense bill Friday with almost no debate on Afghanistan.” [7]

Aside from voting for the repeal of the “don’t ask, don’t tell” policy as a stand-alone measure, excising an amendment to allow abortions to be performed on military bases, and refusing reparations to victims of the World War Two Japanese occupation of the U.S. Pacific territory of Guam (apparently $100 million for the purpose was considered excessive in the $725 billion authorization), there was no meaningful dissent in either house of Congress.

Increasing the U.S. war budget to the highest level it’s been since the largest and deadliest war in history while no nation or group of nations poses a serious threat to the country, and to a degree where it effectively exceeds the defense spending of the rest of the world combined, is all in the proper order of things for the world’s sole military superpower.

4) Ibid
5) Robert Higgs, Defense Spending Is Much Greater than You Think The Independent Institute, April 17, 2010
http://www.independent.org/blog/index.php?p=5827

6) Carl Conetta, Trillions to Burn? A Quick Guide to the Surge in Pentagon Spending Project on Defense Alternatives, February 5 2010
http://www.comw.org/pda/1002BudgetSurge.html