The O.J. Simpson Case, the Media & Me

I have one small correction to this summary of murders related to the O.J. Simspon case (commentary following this brief article) – AC 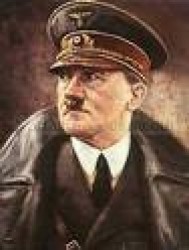 At least seven murders are associated in one way or another to principals of the O.J. Simpson case: Nicole Simpson, Ronald Goldman, Brett Cantor, Michael Nigg, Casimire Sucharski, Sharon Anderson and Marie Rogers. Only O.J. Simpson and three Caribbean teenagers allegedly working for cocaine dealers were brought to trial for these crimes.

Michael Nigg worked as a bartender with Ron Goldman in 1994. A month before Ron and Nicole were killed he left his job at Mezzaluna Trattoria in Brentwood. In September ’95, he was with his girlfriend Julie Long in the parking lot of a Hollywood restaurant when two men apparently tried to rob him. He refused to hand over his money and one of the men shot him in the head. No one has explained how he managed to own a Mercedes Benz at the time of his death. There were three Mezzalunas in all. The other two were in Beverly Hills, California and. Aspen, Colorado. Before Nigg moved to California he lived in Denver, Colorado. Keith Zlomsowitch, the man O.J. saw Nicole having sex with on her living room couch in 1992, was the Director of Operations for all three restaurants. He was also surrounded by rumors of drug trafficking at the Mezzaluna in Brentwood and was a passenger in a car that was stopped by police and found to have cocaine. The driver was charged for the cocaine. She claimed that it belonged to Zlomsowitch. All of which leads to why Zlomsowitch was not called as a staking witness against O.J. and to one of several cocaine connections to O.J. and Zlomsowitch. It wasn’t just the rumors about Zlomsowitch and cocaine or the drug bust that made him a liability for the prosecution; it was his associations with cocaine dealers in Florida. [Former proecutor Marcia Clark, famed for her “new hair style,” was rewarded with lucrative media contracts for her role in the farce] On June, 26 1994 48-year-old Casimire “Butch” Sucharski, was mowed down by machine gun fire along with his young female companions Sharon Anderson and Marie Rogers on his Miramar, Florida estate. In 1975 Sucharski owned a restaurant in Buffalo, New York that was frequented by O.J. Simpson. Simpson and a mutual friend of Simpson and Sucharski named Michael Militello with whom Sucharski was staying at the time. A police sting operation set up to catch O.J. and Militello failed. O.J. wasn’t there. From 1975 to 1978 when O.J. moved to his Rockingham home in Brentwood, he was under Buffalo police surveillance. In 1995 contemporary historian Alex Constantine wrote a report called The Florida/Hollywood Mob Connection that linked the Bundy murders to the underworld traffic in cocaine. His report, which cited sources such as the Associated Press, The Philadelphia Enquirer, the Los Angeles Times and the book, L.A. Secret Police by Mike Rothmiller and Ivan Goldman, did not see wide circulation. Alex Constantine note: MINOR CORRECTION: While it is true that my booklet on the Simpson case was not widely circulated, this occurred through no fault of my own – I was widely ridiculed, reviled, censored, NOT PERMITTED to publish my work on the Simpson case, its ties to organized crime and wealthy political patrons. The story didn’t circulate because no major media outlet would touch it … because they’d invested so heavily in the propagada assault (“Simpson did it!”) to distract attention from organized crime, CIA and OverClass connections. LAPD prosecutors hauled out the “mountain of evidence,” every shred contaminated or cooked – and the reporters faithfully took notes, fell into line … One alternative newspaper in Los Angles actually devoted a page to ATTACKING me because I did not prescribe to status quo opinion re the Simpson case and regurgitate the standard, media-generated “wisdom” of the time. I was made to appear a screwy “conspiracy theorist” in L.A. by people who didn’t understand the case in the least, when you got down to it, because they’d tuned into Fox- or Disney-controlled, etc. media and highly corrupt LAPD officials – but I KNEW FULL WELL a decade ago that I was the only reporter who did understand it … and wrote it up in full and honestly … while the reporters who called me names took dictation from police spokesmen, puffed up their chests and blew smoke at the public. The LAPD lied, the media were wrong. I still bear the scars of the period. A Mafia threat, a man who knifed me on the street and only served four months for it. There were sacrifices that I made willingly to report the truth – and was dismissed by the press as a crank, blacklisted, scorned. But I was the ONLY reporter who had the Simpson case right – that’s for the record, now confirmed by other diligent researchers on the Net. The brainwashed zombies who continue to attack me should take a good, hard, objective look at my facts and reconsider, because you’ve been deceived by the “Mockingbird” media. To every editor, radio programmer and “critic” who had the case WRONG and stooped to insults, my fondest wish is that you should now choke down an extra-large, uncooked plate of crow with bug-and-skunk sauce. – AC EXCERPT FROM THE FIRST DRAFT (The final draft was published in Virtual Government, Feral House, 1996): The Florida/Hollywood Mob Connection, the CIA and O.J. Simpson

“It seems like all the LCN (La Cosa Nostra) drug interests are interconnected, I suggest. I’m thinking that you just chopped off one arm of an enormous octopus. (Assistant U.S. Attorney Bill Norris) nods. That’s usually what we do, he says in a somewhat resigned tone. And it turns out to be more like one arm of a starfish, so it regenerates.” – Thomas Burdick, BlueThunder

Meyer Lansky’s attorney Mel Kessler was a suspect in the investigation of Joey Ippolitos drug smuggling venture. Kessler is suspected of being the brains of the operation (Burdick). Hollywood, Florida vice squad officials suspect Kessler arranged the shipment of 200 kilos of cocaine from Bolivia and was involved in a smuggling operation based in San Juan, Peurto Rico, with stopovers in the Caribbean. Telephone records revealed that Ben Kramer, from the Bicycle Club in Southern California, consulted with Kessler almost daily (Burdick). Kessler has also been linked with Little Ray Thompson, another Lansky associate, indicted for drug smuggling with Steadman Stahl, a Dade County judge groomed for the post by state prosecutor Richard One Eye Gerstein, a former Watergate investigator who doubled as Kramer’s attorney. He lived in Meyer Lansky’s back pocket. Gerstein was elected in 1956 to the first of six terms as state attorney, generally considered to be the second most powerful office in Florida after the Governors (Myers). He was the most popular prosecutor in Dade County history. 1: F. Lee Bailey, Bad Eye Gerstein and BCCI In 1982, Dick Gerstein was investigated, but not indicted, after accepting drug money intended for laundering in Panama. He has long been a coeval of F. Lee Bailey. In fact, O.J. Simpson’s celebrated attorney hung a shingle in Florida with him, Bailey, Gerstein, Carhart, Rushkind, Dreskick & Rippingille. At the time of his migration to Florida, Bailey represented the families of the passengers of Korean Airlines Flight 007, downed by the Soviets in 1983, in a wrongful death suit. A few years later, the families steering committee sued Bailey himself for misrepresentation after making a personal pledge in his letter of acceptance to work full-time as required on the case. In five years, Bailey clocked a mere 97 hours on pretrial preparation, compared with 6,311 hours put in by the two other law firms retained by the families. In a court brief, Bailey cited the move to Florida, allowing his wife Patricia to be near her ailing parents, as his rationale for not assisting the families hed been hired to represent athough he had no qualms about charging full-time legal fees. In 1993 a federal court in Washington ordered Bailey to return a share of his income to the families (Felsenthal). Baily and Gerstein were the directors of CenTrust Federal Savings Bank, a failed satellite of the Bank of Credit and Commerce International (BCCI), the CIAs money laundering facility (Truell & Gurwin, Bender suit). A major share in CenTrust was secretly owned by BCCI in fact, a full quarter of the banks shares were snapped up by Saudi tycoon Ghaith Pharaon, a BCCI front man who maintained daily contact with CenTrust President David Paul between 1984 and 1988, when the S&L was declared insolvent (Truell & Gurwin), and Paul was convicted on 68 charges of bank fraud to a maximum prison term of five years. Paul’s financial strategies included illegal bond deals with Charles Keating and false entries in the banks accounting books (NYT, 11-25-93). CenTrust Savings, the largest thrift in Florida, made handsome contributions to the campaign funds of several Congressmen, notably Joseph Biden (Truell and Gurvin, p. 373) and Newt Gingrich (FEC Report). When the bank defaulted, taxpayers were saddled with $2-billion in debts (Truell & Gurwin). The co-trustee named in lawsuits filed against CenTrust was Citibank, chaired by the CIA’s John Reed (Thompson & Kanigher). F. Lee Bailey is Dick Gerstein’s legal and business partner. Gerstein died of a heart attack in 1992. But the syndicate never wanders far from the Simpson. case. Simpson’s well-connected attorney brought in a retired New York investigator, John E. McNally, to investigate the Bundy murders. McNally, the Los Angeles Times reported, was in 1989 accused by federal investigators of being part of the security department of Gene Gotti, the younger brother of notorious mobster John Gotti. Prosecutors in New York believe he screened prospective employees for the Mafia (Newton). Also hired to look into the case on behalf of the defense was Pat McKenna, a Palm Beach investigator and a veteran of the William Kennedy Smith rape case. 2: Joey Ip’s Nubian Wiseguys and Denise Simpson, the Grieving Gunsel Nicole Simpsons sister, Denise Brown, was squired about L.A. for several years by an Ippolito recruit: when Joey was arrested, police questioned his bodyguard and chauffeur, A.C. Cowlings, who was visiting the mobster when police entered his residence (Harrell). Ippolito’s roommate, Ronnie Lorenzo, was the owner of a chic Malibu restaurant called Splash, and a fraternal member of the Bonnano crime family, a perennial target of organized crime probes. Kidnap and extortion were two of many charges filed against Lorenzo. James Caan offered his home as collateral toward the $2-million bail and appeared as a character witness for his dear friend (Lieberman, Connolly).The narco-restaurateurs were both sentenced to ten years hard time for distributing cocaine in Santa Monica and Brentwood. Joey Ip skirted sentencing, escaped a maximum sceurity prison three weeks the brutal murders in Brentwood (Harrell). What does Ippolito know of the killings? Someone besides her husband had taken an intense interest in Nicole. O.J. Simpson consort Paula Barbieris Toyota 4 X 4 was stolen from a Beverly Hills parking lot on January 24, 1994. The Toyota was used to follow Simpson’s estranged wife. Police in Newport Beach recovered the car after it was involved in a traffic accident a week later and arrested one William Wasz, who insisted he was unaware that Barbieri owned the vehicle …

Previous Article
Lexington Comair Crash Supplemental: “The Company,” Narcotics & Political Corruption in Lexington and Environs in the ’90s
Next Article
Gerald Ford was Forced to Admit the Warren Report was Fictionalized