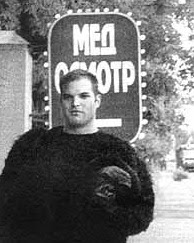 The Political Wit, Wisdom and Style of Matt Taibbi

Taibbi wanted to be a novelist, but, he says, his fiction writing “sucks.” So bad you couldn’t stand it. But we are to believe that his real talent lies in political journalism:

“Actually, listening to Joe Biden sound self-righteous about anything makes me want to puke my guts out. I don’t know what it is about him. Maybe it’s that creepy poof of blowdried gray pubic fuzz he has now … “

” … The sad truth is that if the FBI really is following anyone on the American left, it is engaging in a huge waste of time and personnel. No matter what it claims for a self-image, in reality it’s the saddest collection of cowering, ineffectual ninnies ever assembled under one banner on God’s green earth.

“And its ugly little secret is that it really doesn’t mind being in the position it’s in – politically irrelevant and permanently relegated to the sidelines, tucked into its cozy little cottage industry of polysyllabic, ivory tower criticism. When you get right down to it, the American left is basically just a noisy Upper West side cocktail party for the college-graduate class.

“And we all know it. The question is, when will we finally admit it? … “

THE LOW POST: I, Left Gatekeeper
Why the “9/11 Truth” movement makes the “Left Behind” sci-fi series read like Shakespeare

A few weeks ago I wrote a column on the anniversary of 9/11 that offhandedly dismissed 9/11 conspiracy theorists as “clinically insane.” I expected a little bit of heat in response, but nothing could have prepared me for the deluge of fuck-you mail that I actually got. Apparently every third person in the United States thinks George Bush was behind the 9/11 attacks.

“You’re just another MSM-whore left gatekeeper paid off by corporate America,” said one writer. “What you do isn’t journalism at all, you dick,” said another. “You’re the one who’s clinically insane,” barked a third, before educating me on the supposed anomalies of physics involved with the collapse of WTC-7.

I have two basic gripes with the 9/11 Truth movement. The first is that it gives supporters of Bush an excuse to dismiss critics of this administration. I have no doubt that every time one of those Loose Change dickwads opens his mouth, a Republican somewhere picks up five votes. In fact, if there were any conspiracy here, I’d be far more inclined to believe that this whole movement was cooked up by Karl Rove as a kind of mass cyber-provocation, along the lines of Gordon Liddy hiring hippie peace protesters to piss in the lobbies of hotels where campaign reporters were staying. …

Reason: You’ve told one interviewer, “I’m never comfortable when people call me a lefty. If anyone were to ever ask, I’d say I’m probably more of a libertarian than anything else. I believe in capitalism, small government, etc.”   Taibbi: My political views shouldn’t be important. I’m more comfortable describing other people than talking about what I really think. I have different beliefs that are all over the place. I think Roe v. Wade should be overturned because I believe in the federalist model; I believe that states should be able to make their own drug laws. The more democracy you have, the more people can make decisions for their own communities, the more freedom people have. 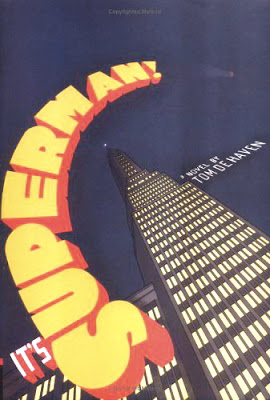 Yeah Taibbi, you’re so brilliant. Twenty eight pages that they won’t release to the public, including evidence of “foreign governments” assisting alleged 9/11 hijackers (Bob Graham), is just waiting for some good penis joke angle to make it sing.

You’re worse than a shill. You’re an imbecile spreading stupidity as far and wide as you possibly can.

Matthew C. Taibbi (born February 3, 1970), an American journalist and political writer. He currently works at Rolling Stone where he authors a column called “Road Rage” for the print version, and an additional weekly online-only column called “The Low Post”. He is best known for his coverage of the 2004 US presidential election, and for his former editorial positions at newspapers the eXile, the New York Press, and the Beast.

For all American politicians in general, how much of their religious faith is real, and how much is for the votes? – Name Withheld

I think Bush’s is real. Gary Bauer’s is real, so is Santorum’s. The rest are all completely full of shit. …

… I should say that the hardest thing for me in dealing with the Truthers is this feeling of being intimidated by how ridiculous they are. It would take a comic genius to really do them justice and the fear of falling short of that can be paralyzing. If you’ve ever seen the movie Eating Raoul there’s this scene where Paul Bland throws an electric bug-zapper into a hot tub full of swingers and they all just sort of fall naked and limp all at once. It’s hilarious. Somebody, and it may very well not be me, is going to write the electric bug-zapper of 9/11-debunker essays. But it’s going to have to be an inspired effort, not something you just toss off in one night. I really wish Mark Twain were alive for that reason. A Jim Fetzer’s Literary Offenses would potentially be one of the funniest things ever written in the English language.

Previous Article
NBC's Matt Lauer Maintains Only "the Far Left" is Concerned about Bush's Civil Liberties Abuses
Next Article
CONSPIRACY: The Year Was 1928