The Hollow Din of Slander Directed at Snowden and Greenwald 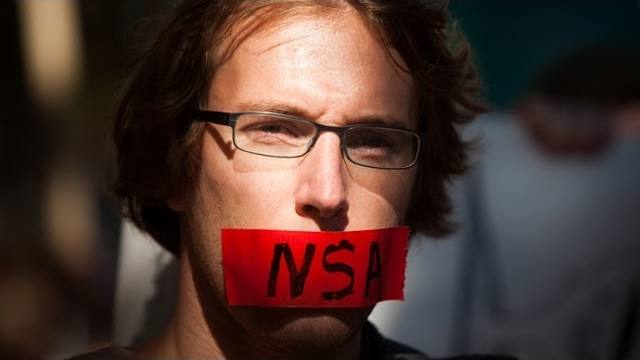 The steady drip of leaks concerning illicit NSA surveillance sweeps has incited a host of idiotic calumnies directed at Snowden and Greenwald, strategically conceived as damage control. Early on, a chorus of howls from the intelligence underground warned of Snowden’s dangerous “narcissism.” Apparently, intrusive mass data mining is permissible if the bleeding messenger is infatuated with himself.

He was also a “traitor.” Never mind that Snowden sacrificed his own well-being,  was forced into exile, after blowing the whistle on massive constitutional infractions. Damage control rendered him Benedict Arnold.

Obama wanted to put Snowden on trial for violating an arcane espionage act — and let the obvious criminals at the NSA go. Keith Alexander recently stepped down from his perch at the agency after lying to Congress. But only a few misdirected “radicals” on the left vocalized the obvious: prosecute Alexander. Lying to Congress is a felony under 18 U.S. Code § 1001, but Obama, the constitutional attorney, and all of the king’s men couldn’t put that one together.

Speaking of Kings, Rep. Peter King has made some the most histrionic and imaginative accusations on record, as is his fashion. After the New York Times published an opinion that Snowden should be offered clemency, King seared the newspaper with his own “criminal” branding iron. Viewers of Murdoch-TV smelled the fumes:

“Edward Snowden is either a traitor, or a defector, or both, and The New York Times is an accomplice,” King said in an appearance on Fox News. “They’re a disgrace. Their editors are a disgrace, and I wish they cared more about America than they did about the rights of terrorists’ appeasers.”

But as the TechDirt website recently noted, Peter King is “perfectly fine with white Irish terrorists, seeing as he went on record during the 80s stating his support for the IRA, which notably bombed a shopping center during the Christmas season, killing six and injuring 90. He was very concerned about their civil rights. Those were his kind of terrorists.”

Apparently, King will happily appease terrorists himself so long as they don’t read the Koran.

“Puppet” Obama’s prosecutors filed sealed charges against the leaker early on, in June, 2013, for “unauthorized communication of national defense information,” and “willful communication of classified communications intelligence information to an unauthorized person.” The charges remain sealed, but they are deadly serious. Obama has his national security knives out for Snowden, clearly.  The “strings” are so imperceptible that only terrorist appeaser King can see them.

Journalist Glenn Greenwald has also been wiping phlegm from his face since The Guardian began publishing his reports on total NSA information awareness. Ironically, the most recent slander was issued by a congressman entrusted with watching the detectives (they’re so cute), House Intelligence Committee Chairman Mike Rogers (R-Mich.).

Rogers maintains that Greenwald is selling secrets “for personal gain.” This is a new twist in conservative undergarments. “A thief selling stolen material is a thief,” he maintains. A = A.

“To the best of your knowledge, fencing stolen material — is that a crime?” he asked FBI Director James Comey.

“It would be,” in most cases, Comey said. However, he quickly added that it would be “complicated” in a situation where the person selling that information was engaged in a newsgathering activity because of “First Amendment implications.”

Comey — even he, a national security zealot — politely rejected the “fencing” misnomer: “’If you’re a newspaper reporter and you’re hawking stolen jewelry, it’s still a crime,’ Comey said, before adding that the issue of a journalist selling access to information was ‘a harder question.'”

Greenwald, in response: “What they’re trying to do is to remove it from the realm of journalism, so that they can then criminalize it.” This is why Director of Natioanal Intelligence James Clapper referred to any journalist working with Snowden as a criminal “accomplice.”

AG Eric Holder has stated publicly that he does not plan to prosecute anyone engaged “in true journalistic activity,” but the national security elite want reporters behind bars … so the true criminals — Alexander, Clapper, King, Rogers, et al. — can “roam” free and unmolested, abusing the Constitution and anyone with an iPhone or Game Boy — toward any ends that happen to enter their totalistic little heads — behind the barbed-wire veil of secrecy.

Has any scandal in the history of American intelligence ever been this farcical? I suggest that we save the silly rhetoric for Jon Stewart’s writers, and initiate criminal proceedings against the actual felons — the jingoistic narcissists of America’s national security crime family.