CIA Has Lost Records on CBS Reporter Murdered in Greece in 1948, And Destroyed FOIA File on Case

Washington DC, August 10, 2007 – The Central Intelligence Agency has lost documents concerning its investigation of the mysterious 1948 murder of CBS reporter George Polk, and destroyed its file on FOIA requests for Polk documents, according to a letter from Archivist of the United States Allen Weinstein. In June 2006, the Archive asked the CIA and the National Archives to investigate the possibility that the CIA had lost or destroyed records on the Polk case.

Polk, a CBS reporter based in Greece at the height of its left-right civil war, was murdered by unknown assailants in 1948. At the request of members of the Polk family, the National Security Archive had asked the CIA to re-review CIA documents on the Polk case that had been released during the 1990s. The CIA found a number of documents for re-review but in December 2005 informed the Archive that nine of the documents, including memoranda to the Agency’s director, had been destroyed. According to CIA Information and Privacy Coordinator Scott Koch’s letter, “The original documents had been destroyed in accordance with approved National Archives and Records Administration records schedules.” It was the CIA’s response that prompted National Security Archive director Thomas S. Blanton to write letters to the Archivist of the United States and the Inspector General of the Central Intelligence Agency asking them to investigate the destruction of documents on the Polk case.

Last week, Dr. Weinstein informed the National Security Archive that the CIA is “unable to locate the original documents or information about their disposition.” As the letter explains, the CIA FOIA case file had been destroyed in accordance with the records schedule; what has gone missing are the original file copies of the Polk-related documents (and whatever collection to which they belonged). That the CIA has determined that the documents cannot be found (and may well have been destroyed) raises troubling questions about CIA’s historical records preservation policies. Why is the CIA losing what should have been permanent records? If the Polk documents were part of a larger system of records that was destroyed, what other historically significant records no longer exist? That the FOIA file which contained copies of the now-missing documents had also been destroyed also raises questions about this standard practice at federal agencies.

The Polk Conspiracy: Murder and Cover-up in the Case of CBS News Correspondent George Polk 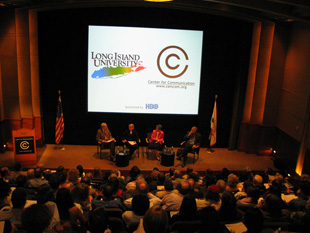 It is more than 40 years since CBS radio correspondent George Polk was murdered in Salonika, Greece. But as Kati Marton shows in her compelling new account of the Polk case, the life and death of this young reporter still epitomize the struggle between journalists committed to discovering the truth and governments determined to manipulate it.

Polk died in May 1948, apparently the victim of a civil war between an unusually harsh right-wing oligarchy and battle-hardened left-wing guerillas led by the Greek Communist party. His murder posed a potential diplomatic problem. In its effort to contain communism, the United States under the Truman Doctrine had thrown it support to the Greek rightists. In his coverage Polk had fearlessly documented the brutality and corruption of the Greek elite, despite a stream on anonymous death threats and expressions of unhappiness from American officials. It it had come out that the reporter had been murdered on the orders of the Greek regime, it might well have weakened domestic support for U.S. policy.

Polk’s death led to several investigations, one headed by the columnist Walter Lippmann and directed by General William (”Wild Bill”) Donovan, former head of the OSS. The FBI and CIA were drawn in as well. A suspect was finally produced by the Greek police, and a ”confession” extracted (through the use of torture, it later turned out). In a show trial, this suspect testified (falsely, as Morton confirms) that he had helped local Communist guerillas murder Polk.

Lippmann and Donovan — who were both in position to know better — were pleased with this politically expedient outcome. But doubts about the Polk case lingered. In 1977, Col. James Kellis, a U.S. investigator who had been abruptly removed from the case in 1948 at he behest of diplomats in Athens and Washington, swore in an affidavit that Polk’s death had been arranged by “a handful of right-wing fanatics and their British allies,” and that American officials had colluded in a cover-up.

This is a conclusion that Marton upholds in her absorbing chronicle. Drawing upon letters, journals, interviews, and previously classified government documents, she also penetrates the Byzantine workings of the ”legal, paralegal, and illegal security services,” both Greek and American, involved in the case. Her chapters on the mysterious theft of Polk’s files after his death give her narrative the pace and texture of an espionage thriller.

The Polk Conspiracy is also surprisingly timely. Once again the United States is embroiled in a foreign conflict; once again the State Department and the military are making an effort, in the name of national security, to control the flow of news. Though George Polk belongs to a more innocent era of American journalism, he remains a model of courage, idealism, and blunt honesty. A-

It was an important event in the post-war history of the U.S. media, yet the murder in Greece of CBS’s George Polk in May 1948 has generated a surprisingly small crop of articles and books. I’ve read only part of that literature: In none of it have I come across any mention of Polk’s necessarily anonymous contribution to George Seldes’ remarkable weekly, IN FACT, in late March 1948.

I began reading about the case in an attempt to understand American press acquiescence in the numerous obvious lunacies advanced by the Warren Report; and the better to measure Richard Starnes’ courage in writing “‘Arrogant’ CIA Disobeys Orders In Viet Nam” (Washington Daily News, 2 October 1963, p.3). It almost goes without saying that study of the Polk case did not diminish by an iota my wonderment at the sheer, bloody-minded fearlessness of the Scripps-Howard man. …

Interestingly, the case was handled by the New York law firm of William Donovan, the first and only head of the OSS. Day-to-day responsibility for the case fell to a youthful lawyer called William Egan Colby, future Director of Central Intelligence. The titans of the U.S. press corps – Lippmann, Morrow, Paley et al – acquiesced shamefully and without exception in the ensuing official whitewash, including the arrest and prosecution of a “communist” patsy.

The example of Polk’s fate was surely not lost on American reporters at home and abroad. It would be interesting to know to what extent it dried up the flow of under-the-counter contributions by the mainstream U.S. press corps to Seldes’ publication.

The former Greek Govt. is now in the hands of the former monarchists and fascists. Almost every day it murders a number of former members of the Army of Liberation. These victims of fascism are not communists. The NY Herald Tribune, one of the few papers to report the truth Greece headlines them:

The most recent series of arrests, deportations, and executions are “the result of the Greek government’s interpretation of the Truman Doctrine,” reports NYHT’s correspondent Homer Bigart.

So long as the British were in control, the monarchist-fascist govt refrained from inflaming world public opinion by murdering members of the Liberation force; now that the U.S. Embassy and military mission advise Athens, the govt proceeds with executions.

The NYHT is one of the few papers which has denounced these Greek murders. Most of the U.S. press is silent when anti-fascists are the victims.

On the day the U.S. Embassy issued the statement that “there is as real a freedom of the press in Greece today as there is in the U.S.,” the Greek govt jailed two editors “who are socialists (but anti-communists),” according to the NYHT, which adds that the “crimes” charged against them “had been committed against the German Nazi and Italian fascist occupation forces” years ago.

It is of course possible – but not probable – that the U.S. Embassy statement is not a lie, but an ironic commentary on the U.S. press, which is 99% reactionary, follows the N.A.M. line, was 95% against the New Deal and the general welfare of the majority; or just as “free” as the Greek press.