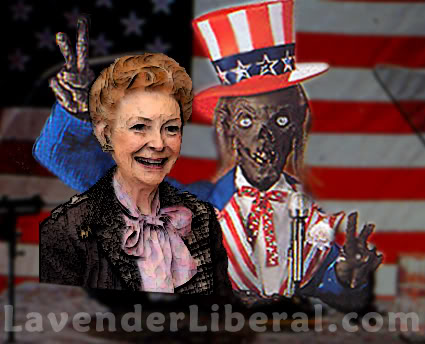 Democracy in Utah is now only a memory. A corrupt, money-driven Republican political machine, beholden only to the National Rifle Association and the Eagle Forum, controls state government and is no different than political machines anywhere.

The arrogance derived from power allows the state’s GOP leaders to simply deny any chicanery in a $13 million payoff to silence the losing bidder in a flawed bid process for a billion-dollar state contract. And the majority of a pitifully small number of voters seems perfectly satisfied with the status quo.

The result is that the addled patriarchs of the Legislature will continue to dismiss human-influenced global warming, work doggedly for irrational gun rights, hype carbon energy, fight environmentalists and insist that last-place in public education is perfectly acceptable, despite two-thirds of third-graders who can’t read.

The Republican machine has provided a cozy nest for those who find reason and reality uncomfortable and who don’t wish to address the inconsistencies of a backward state.

Utah lacks the social capital to support a healthy democracy. Its institutions have failed to produce a majority who demand responsible, ethical government and public policy based on science and the best information available.

COMMENT: Dear Ron, I used to feel such anguish as I watched little infants struggle to breath, turn blue and then often pass away because their parents had refused to vaccinate them against common childhood infections such as Whooping Cough (Bordetella pertussis). One of the problems here in Utah is that Gayle Ruzicka and her Eagle Forum have been actively teaching parents that immunizations such as the MMR (Measles, Mumps, Rubella) and vaccinations cause autism and other complications. This connection has been proven false, but the Eagles still cling to out-dated and erroneous information. This is just one example of how Utah children are harmed by the Eagles, yet our Utah State Legislature seems strangely beholden to them.

I don’t blame the Eagles, I blame all of the apathetic, non-voting, non-caring Utahns who just sit idly by and allow this corruption, deceit and abuse of power to flourish in our State. Where are the sane, moderate parents?

Where are the educators when Senator Chris Butters proposes that we eliminate the 12th grade to balance the budget? Where are the Science Teachers when Gayle Ruzicka tries to control our science curriculum from everything to the formation of planet earth to evolution to global climate change. What will our future hold if our children cannot learn solid science?

Where are the true Statesmen who swore to uphold the Utah State Constitution that states that no one religion shall dominate? Where are those who honor women, our mothers, sisters and daughters and who reject blatant misogyny? Where is chivalry? Why do our male leaders not come forward and defend the honor and virtue of women?
Eagle Forum campaigns to weaken rape shield laws and allow for rape to be legal in certain circumstances. Why? Where has respect for women gone?

Where are the Right-to-Lifers who used to campaign to protect the unborn? Don’t they understand that one of the biggest threats to the unborn is the Rubella Virus, the Virus that Gayle Ruzicka does NOT want women to be immunized against?

Mostly, where are the Spiritual Leaders, the Church Leaders? How can they look the other way as hate groups and hate crimes increase in Utah. Where are they? Why are they silent?

Get out and vote, Utah. Carefully check every single candidate, be they Democrat, Republican, Constitutional Party or Independent? Do they have ties with, sympathy for, associations with Eagle Forum? Know before you vote!!!

In my previous post, I recounted how Rep. Chris Herrod (R-Provo) had indicated that his reason for dismissing the vast majority of climate scientists’ views was that he was concerned the political solutions proposed to address climate change would lead to loss of freedom and an inevitable slide toward Totalitarianism.  Yes, he’s a Commie Fighter.  Now, I’m a political Conservative, too.  I don’t like Big Government, and if there is any way to get around dealing with climate change by levying huge taxes, and so on, I’m all for giving it a try.  Even if I sympathize with such sentiments, however, I have a hard time going along with some members of the Utah Legislature when they try to paint mainstream climate science as part of a global conspiracy to impose a Totalitarian regime.

During the last Legislative Session, Rep. Kerry Gibson (R-Ogden) introduced House Joint Resolution 12 (HJR 12), which was a non-binding resolution urging the EPA to hold off enacting any planned carbon emissions reduction policies.  Opposition to a particular type of policy is one thing, but the reasons given in HJR 12 gave me visions of tinfoil hats and bomb shelters.  The original version of the resolution referred repeatedly to a “climate data conspiracy,” and proceeded to back up this claim with a number of completely ridiculous arguments.  When the bill was first considered in committee (click here for the audio file,) Rep. Mike Noel (R-Kanab) argued that climate science has been serving a global conspiracy to impose population control by forced sterilization.  The Salt Lake Tribune reported,

The Kanab Republican, referring to Holdren as the Obama administration’s “energy czar,” read from passages of the 1,000-plus-page tome about population-control alternatives that included abortion and forced sterilization. He did not share the authors’ conclusion: that voluntary population-limiting methods are “a far better choice.”

“Now, if you can’t see a connection [of a conspiracy] to that,” the legislator said, “you’re absolutely blind to what is going on. This is absolutely — in my mind, this is in fact a conspiracy to limit population not only in this country but across the globe.”

When asked whether he thought there was a huge conspiracy, Rep. Gibson responded, “I’m not sure we’ll ever know the depths of it.” … CONTINUED

It never fails to amaze me the types of state-level legislation that local chapters of Religious Right organizations will mobilize to defeat – things like a $10 tax on marriage licenses to fund domestic violence shelters:

A bill that would have made a $10 donation to domestic violence shelters automatic when people apply for a marriage license failed in a House committee vote Monday, after the measure was opposed by the Utah Eagle Forum. …