The Culture of Secrecy in Pennsylvania State Government 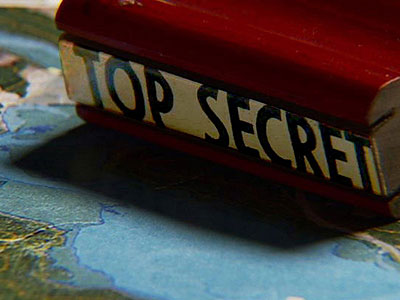 Biehler’s department already is supplying the bridge data to the feds but it refused to provide the information to Pennsylvania newspapers? Biehler claimed it would take time to get all the data together to release to the public?

It should have been on the state transportation Web site for everyone and in user-friendly fashion.

A glimpse at the road data also is available under federal law.

The federal government requires the state to report the worst 5 percent of its roads — those with the most severe safety needs. They’re available online

But that’s just 5 percent of the worst accident spots. Some of Pennsylvania’s data may already be out of date because of remedial work.

What if an intersection near your home is among 10 percent of the most unsafe locations? Or suppose it’s ranked in the worst 20 percent of locations? Wouldn’t you want to know?

Why isn’t PennDOT telling us?

PennDOT turned down a state Right to Know law request for the crash data from the Trib during Rendell’s first term; spokesman Rich Kirkpatrick last week said his agency has no plans to make the information available.

Kirkpatrick said that state law prevents crash data from being used against the department in damage claims. If PennDOT releases the information, it waives its protection under the law, he said.

The federal statute protects state transportation departments from having the data used against them in court.

Have you ever seen these guys when they really want to move on something? They pull out all stops, hold press conferences, file lawsuits and get legislation introduced.

Even if you accept PennDOT’s legal argument, which seems convoluted, why isn’t Rendell, who says he is backing open-records legislation, pushing for a provision in law that clearly allows the road data to be released and to prevent the data from being used against PennDOT?

It defies all logic to say the public has a right to know about bridge inspections but not the worst accident sites.

Brad Bumsted is a state Capitol reporter for the Trib.
http://www.pittsburghlive.com/x/pittsburghtrib/opinion/columnists/bumsted/s_521639.html