The CIA’s Pastor Eastlack & the Return of the Cheney Clîque 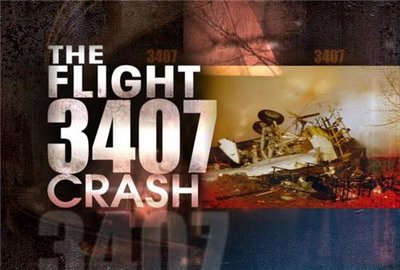 I’ve been sifting through the known leads for a couple of months now, and can report that Dick Cheney is the key to the parapolitics of the crash (see summary) …

BTW, the turboprop lurched out of the sky in a manner nearly identical to the crash landing near Amsterdam Schiphol Airport on Feb. 25, within a couple weeks of the Flight 3407 disaster. There is evidence that the crash at Clarence Center (and the downed Turkish Airlines Boeing at Schiphol that killed the high-security Boeing employees – cf. ‘Crashed plane held military secrets’) was planned months in advance (for reasons I have yet to explain), but central to the event was local radio celebrity Pastor Eastlack’s role as “spiritual” counselor amidst the chaos and grief (he went around telling everyone that the compassionate consolidation of the community after the plane dropped out of the sky “proved” that Jesus loved them and was at work in their lives – the usual evangelical bunk) … 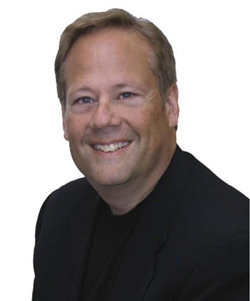 Is God his Co-Pilot, or the CIA?

3) Two months after the crash, Pastor Karl Eastlack leaves his church in Williamsville for a new position – CEO at World Hope International (WHI) in Alexandria, Virginia – Spookville. Pastor Eastlack tells the press that he wants to stop human trafficking (see #5).

The Cheney clique lurks in the background of the Flight 3407 crash (“Genocidegate,” at the very least, with KBR, the controversial Halliburton subsidiary, deeply implicated in the killings, though the former VP had connections to other scandals linked to passengers aboard the plane) in “Tragedy of the 9/11 Widow … GenocideGate Ties … Northrop Grumman and the Buffalo Crash … and a PRIOR, Related Airplane Crash.”

5) World Hope International and the State Department/CIA. World Hope, like World Vision International, gives a convincing performance as a CIA front, according to Wayne Madsen, and its mission to stop human trafficking is a cover story.

Q: Is the CEO appointment at World Hope International Eastlack’s payoff for his part in psychologically distracting residents of Clarence from the realization that the crash was orchestrated (by operatives with ties to Dick Cheney, who, according to Seymour Hersh, oversaw an executive branch assassination ring)?
******
Pastor Karl Eastlack leads the opening prayer for Congress

Rep. Thomas Reynolds [R-NY] – “Pastor Karl Eastlack heads up one of the largest congregations in the 26th Congressional District of New York. The thousands who are drawn to Eastern Hills Wesleyan Church in Williamsville, New York, are there because they see something special in Pastor Eastlack. … “
http://www.govtrack.us/congress/record.xpd?id=109-h30060628-7
•••••••
2) Pastors Near Buffalo Crash Site See Hope in Midst of Tragedy

Eastlack is the lead pastor at Eastern Hills Wesleyan Church in Williamsville, N.Y., which hosted a community prayer service Monday for the victims of Flight 3407. The commuter plane crashed late Thursday night in the Buffalo suburb of Clarence Center, about two miles from the church.

Eastlack’s 2,000-member congregation has been directly affected by the tragedy with three members having been killed on the plane, one man and two women. A memorial service is being held Saturday for the man, whose wife Eastlack and his staff has helped counsel.

“The first feeling she expressed on Friday and Saturday was of how she was going to go on living,” Eastlack explained. “Now, the other day when I spoke to her she was expressing what I would call more healthy behaviors, like trying to figure out where the mortgage is and having to get on the computer and pay it. She is beginning to see that there is still life and there is still a routine to maintain.”

The emotions expressed at the Monday interfaith service and at Christian services at the church on Friday and Saturday have begun the slow unfolding of the community coming to grips with the tragedy.

“There is a real sadness hovering over western New York right now,” Eastlack explained. “We have entered a season of grieving and how long that will be remains to be seen. This is a very tight community.”

Eastlack, however, sees God in the midst of the tragedy, particularly at the crash site.

“You have many, many families in that neighborhood,” Eastlack explained. “In any normal neighborhood like that, how do you explain plopping down a plane on just one house like that?

“You had a husband, a wife and a daughter in that house. The mother had a broken collarbone and daughter had a scratch that was treated by a Band-Aid. When you realize that plane could have crashed and skidded down that street and the destruction that could have been caused, you see God’s hand in that.” …

“We have had firefighters contacting us saying, ‘I can’t sleep at night,’ from seeing the images in their minds of the crash. The needs that we have now are much different from what those needs will look like two weeks or six months from now.”

“An event like this will disrupt people’s lives in ways that wouldn’t happen in a normal situation,” Milleville said. “It gets people talking about beliefs. I haven’t heard one person say, ‘Why did God let this happen?’

“It provides an opportunity for our community to embrace and support one another.”

Sad to go, but excited for what’s ahead. Pastor Karl Eastlack is feeling all kinds of things after announcing last week he’s no longer going to lead Eastern Hills Wesleyan Church in Clarence, and will take a job with World Hope, a religious relief organization this summer.

Pastor Eastlack will forever be a part of Eastern Hills. He basically built the church community from the ground up, starting with 19 parishioners when he arrived to the three thousand it has today.

And he says, his 22-years here have helped prepare him for his new position.

Pastor Eastlack showed what a great leader he is during the recent tragedy of Flight 3407, the plane that crashed back in February in Clarence Center, killing 50 people.

Two families in his congregation lost love ones in the crash.
His mission now will be on an international stage. World Hope reaches out to 32 countries around the world. Right now, it’s campaigning against human trafficking, with Pastor Karl’s first meeting at the United Nations, and he says, he’s ready to make a difference for those who most need it.

The Board of Directors of World Hope International has appointed Dr. Karl D. Eastlack as its new Chief Executive Officer. The Reverend Dr. Eastlack brings a wealth of leadership experience from his 22-year tenure at Eastern Hills Wesleyan Church, Trusteeship of Houghton College, and prior service on the Board of World Hope International (WHI). Site visits to WHI’s work in Azerbaijan, Mozambique, Sierra Leone, Zambia and Honduras have also given Dr. Eastlack a deep appreciation and respect for the organization’s work around the world. As Pastor of Eastern Hills Wesleyan Church he has helped to spearhead very substantial congregational engagement with WHI’s work in Zambia and Mozambique. “I am humbled and deeply honored to accept this invitation,” said Dr. Eastlack, “and give leadership to an extraordinary team that is doing remarkable work around the world. This is God’s calling on the next chapter of my life and I am thrilled to say ‘yes’!”

Dr. Eastlack is serving as WHI’s second CEO. His predecessor, Dr. Jo Anne Lyon, founded World Hope International in 1996. From humble beginnings in a bedroom of her home, Dr. Lyon guided the organization to its present operations in 25 countries around the world. With her election as General Superintendent of The Wesleyan Church, Dr. Lyon resigned as CEO in September 2008. Mr. Steve Brown, a long-time Director and Partner in the mission of WHI, served as Interim CEO until Dr. Eastlack’s appointment.

Rev. Eastlack received his honorary Doctor of Divinity from Houghton College in 2002. In making this award, the President of Houghton College cited Karl Eastlack’s experience as a church builder (growing his congregation from 19 to nearly 3,000), innovative communicator, knowledgeable Trustee, and person who inspires others with his heart toward God. For 15 years, Dr. Eastlack has hosted a daily radio broadcast in the Buffalo NY area. Karl has been married to Anita for 29 years and they have three children – Aaron, Bethany and Rachel.

In its nomination of Dr. Eastlack as CEO, the Board’s Succession Committee concluded:

“It is with confidence in God’s leadership – and appreciation for the capable direction of COO David Erickson, the business experience and perspective of Steve Brown, and the leadership of Dr. Lyon as Chairman of the Board – that we present this recommendation.”

WHI is currently active in 25 countries around the world. It has a staff of 31 working at the headquarters in Alexandria, VA and employs over 350 staff around the world. WHI implements its world-wide efforts primarily through national leadership and staff in each of the places where it works.

World Hope International – Board of Directors

… And what about Dr. David Blanchard, who made such light of Whittington’s injuries? Before the heart attack occurred, Blanchard gave no indication that pellets had entered Whittington’s torso or major organs (we now know that at least one other pellet entered his liver). I found an interesting quote. After asserting that spiritual beliefs help people recover more quickly (which studies have suggested may be true), Blanchard said this of people with out of body and near death experiences:

“These people do quite well in their disease processes,” he said. “The Lord wasn’t quite ready for them yet . . . It makes believers out of them.”
It’s likely that Blanchard is also the same “Dr. David Blanchard” who is listed as Vice Chairperson of World Hope International, a Christian evangelical aid group.

Blanchard’s certainly entitled to his own beliefs, and World Hope International (if he’s the same Blanchard) has done some good work, albeit with a proselytizing bent. But most evangelicals in this country are ardent supporters of the Bush/Cheney Administration. This may explain the otherwize puzzling word choices Dr. Blanchard made to play down Whittington’s injuries, especially before the heart attack made that more difficult to do.

So was Cheney drinking, and was there anything inappropriate about this hunting party? We don’t know, and nobody’s investigating. There’s reason to be suspicious. We do have the suggestion that drinking was taking place, we have inconsistencies and a pattern of deception in Armstrong’s statements, we have a shooting injury that’s far more serious than originally claimed … and a Sheriff’s Department and national press that have already proclaimed the VP innocent of all wrongdoing.

I was right to call this Cheney’s Chappaquiddick. The parallels get stronger every day. Of course, Chappaquiddick happened almost forty years ago, and Ted Kennedy’s turned his personal life around. Cheney’s actions happened this weekend. There’s reason to be suspicious of the Vice President’s behavior, starting with the cover-up itself.

They’re trying to spin it as just a badly handled case of press relations, but it’s could be a whole lot more than that.

… More outrageous is a 24-hour hotline called the National Human Trafficking Resource Center that is funded through the Department of Health and Human Services. The prime contractor for the hotline is defense contractor Lockheed Martin Aspen Systems Corporation. The subcontractor is Covenant House. Covenant House was founded by Father Bruce Ritter, a Catholic priest, for homeless teenagers. Ritter resigned from the organization and the Franciscan order in 1990 after allegations that he had sexual relations with young teens at the Covenant House shelter.

World Hope International, a faith-based aid organization headquartered in Alexandria, Virginia, received $1,300,000 from USAID for anti-trafficking activities in Cambodia. Among its directors is a Vice President of AIG, the insurance giant that is being bailed out by the American taxpayers and one that WMR previously linked to CIA activities in Asia and a retired President of Lockheed Martin Space Mission Systems.