Newborn is only two weeks away from being able to take his first dose of Tamiflu; the need of manufacturers and vested politicians to profit from drugs is at record levels.

(MYRTLE BEACH, SC) – The ever diligent watchdogs of the American people’s safety – the FDA – have once again disappointed me.   This time, the FDA is targeting “newborns” in approving a dangerous drug to treat “the flu”.  The drug is called Tamiflu. Last week, the FDA announced they had approved Tamiflu for “infants two weeks and older.”

What the FDA fails to acknowledge is that they have, in fact, approved this lethal drug for “newborns” and “infants.”  A newborn is considered an infant at 12 weeks old.  Strange that the FDA misleads the American people yet again.  I would think the FDA would know the difference between a newborn and an infant. In November 2009, I wrote an article about the antiviral drug called Tamiflu (see: http://www.salem-news.com/articles/november212009/tamiflu_ms.php)

The FDA warning on Tamiflu states, “People with the flu, particularly children, may be at an increased risk of self-injury and confusion shortly after taking Tamiflu and should be closely monitored for signs of unusual behavior.” It was noted that some children were struck with psychosis, delusions, and paranoia – all in formerly normal children. I wonder how a parent will recognize that their two week old newborn may be struck with psychosis, delusions and paranoia after being given Tamiflu. Care to answer that “watchdogs?”

Do the words “dangerous drugs” even enter the vocabulary of the FDA? Ever hear of encouraging breast-feeding to build up the immune system of a two week old newborn — rather than approving a drug that you acknowledge is dangerous to children — to newborns?

It wasn’t until reports surfaced of more than 100 new cases of delirium, hallucinations and other abnormal psychiatric behavior in children treated with Tamiflu that the FDA changed course and required Roche, the company that makes the drug, to include a warning label cautioning patients, doctors and parents to look out for strange behavior in anyone taking the drug. The patent for Oseltamivir (Tamiflu) is held by Gilead Sciences and is valid at least until 2016. Gilead licensed the exclusive rights to Roche in 1996. The drug does not enjoy patent protection in Thailand, Philippines, Indonesia and several other countries.

Gilead is politically well connected and is financially very rewarding to many. Donald Rumsfeld served as chairman from 1997 until he became U.S. Secretary of Defense in 2001. Former Secretary of State George Shultz and the wife of former California Governor Pete Wilson, Gayle Wilson, also had served on the board. By the way, this is the same Donald Rumsfeld who was CEO of Searle — maker of Aspartame which is an artificial sweetener treated with much skepticism because of medical writings concerned with ties to increased cases of cancers, autism and Parkinson’s disease as well as a myriad of other physical disabilities and diseases.

Aspartame is an additive in many diet soft drinks — as well as other diet foods. When Searle was absorbed by Monsanto in 1985, Rumsfeld reportedly received a $12 million bonus. The “political” ties to what is affecting the American people in drug treatment as well as foods is concerning. Tamiflu and Aspartame tied to a former Secretary of Defense — Rumsfeld and a Secretary of State — Shultz.

The FDA said its expanded use of Tamiflu to “newborns” and infants is based on extrapolating data from previous study results in adults and older children, and supporting studies by the U.S. National Institutes of Health and Roche.

Tamiflu, which had peak sales of $3 billion in 2009 because of the H1N1 swine flu epidemic, is approved by regulators worldwide but some researchers claim there is little evidence it works and have asked Roche to hand over data so they can study its effectiveness.

Until such time as breast milk is manufactured by the pharmaceutical industry, the FDA will continue to approve dangerous drugs as far as their hands can plunge into the pockets of pharma — in this case at the cost of the lives of newborns two weeks old. Newborns and Infants are defenseless and have no conscience – the FDA has defenses and chooses to have no conscience.

The FDA has approved drugs that help our kids concentrate in school, that curb any hyper-activity in the classroom and even drugs that help in what is perceived as lack of social skills in kids. Does anyone else ever question “what are we doing to our kids?” Or maybe we should be asking “what are we allowing the FDA to do to our kids?” A dangerous flu medication for newborns as young as 2 weeks old — someone had to benefit big time for this drug approval — and it leads to the door of the FDA.

Salem-News.com Investigative Reporter Marianne Skolek, is an Activist for Victims of OxyContin and Purdue Pharma throughout the United States and Canada. In July 2007, she testified against Purdue Pharma in Federal Court in Virginia at the sentencing of their three CEO’s – Michael Friedman, Howard Udell and Paul Goldenheim – who pleaded guilty to charges of marketing OxyContin as less likely to be addictive or abused to physicians and patients. She also testified against Purdue Pharma at a Judiciary Hearing of the U.S. Senate in July 2007. Marianne works with government agencies and private attorneys in having a voice for her daughter Jill, who died in 2002 after being prescribed OxyContin, as well as the voice for scores of victims of OxyContin. She has been involved in her work for the past 8-1/2 years and is currently working on a book that exposes Purdue Pharma for their continued criminal marketing of OxyContin.

Marianne is a nurse having graduated in 1991 as president of her graduating class. She also has a Paralegal certification. Marianne served on a Community Service Board for the Courier News, a Gannet newspaper in NJ writing articles predominantly regarding AIDS patients and their emotional issues. She was awarded a Community Service Award in 1993 by the Hunterdon County, NJ HIV/AIDS Task Force in recognition of and appreciation for the donated time, energy and love in facilitating a Support Group for persons with HIV/AIDS.

http://www.salem-news.com/articles/december312012/tamiflu-newborns-ms.php
Marianne Skolek https://twitter.com/MarianneSkolek
Previous Article
Foundations of Holocaust: American Eugenics and the Nazi Connection
Next Article
Minorities and Homelessness in the United States and Europe: A Comparative Analysis 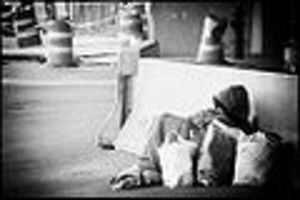 Minorities and Homelessness in the United States and Europe: A Comparative Analysis
Jan 01