At the beginning of the US war on terror, and even to this day, the US literally kidnapped “suspects” and took them to countries where the could torture and even kill suspects. This practice of kidnapping and usually flying suspects around the world and then torturing or killing them in countries with poor human rights records or brutal regimes happened so much that the practice soon became known to all and the name for it “extraordinary rendition” became a household word.

The Voice of Russia’s John Robles spoke to Craig Murray, the former UK ambassador to Uzbekistan, and he stated that during his time as ambassador over 126 people were renditioned to Uzbekistan and never heard from again. He personally learned the name of the airline the CIA was using from CIA pilots. That airline was called Premier Executives.

Hello this is John Robles, I’m speaking with Mr. Craig Murray, he is a former UK Ambassador to Uzbekistan, an author and a former whistle blower. This is part 3 of an interview in progress.

This wasn’t the first time, and yet some of my views in this interview, they are not startling or unusual, and when it comes to opposing the wars in Iraq, and Afghanistan and one can say the civil liberties – those are views which are held by the majority of citizens of the United Kingdom, but they are not views you will hear on television very often.

During the war in Iraq although there were at all times, around two weeks immediately after the invasion and of course it just surged, a deep surge of patriotism. And opinion polls at all times, the majority of people were against the war in Iraq, and yet the BBC, the people interviewed by the BBC, or talking about the war on the BBC, reject war by a majority of 13 to 1. And which … and that remains fairly constant throughout the war. The only thing, it’s quite extraordinary, we consider in the UK that we have liberty and freedom of speech, but we don’t; it’s very cynical, and these things are done quite subtly.

And the truth is that anyone who has genuinely radical views would never be given that kind of media exposure. I just give the BBC as a single example. But the entire media game in effect works much the same way. After Glenn Greenwald, you know that problem with the Guardian about the Snowden revelations where the Guardian, which is supposed to be a left-wing newspaper in the UK, only published certain revelations with both Snowden and WikiLeaks.

The Guardian heavily censored what was published, didn’t publish the vast majority of it, and the Guardian actually handed over lots and lots of classified material back to the UK security services. We have the gate-keeper system out there, which will prevent any genuinely radical politician being able to get over his views to the public in order to succeed.

Robles: If I can comment on that, I had an interview with Jeselyn Raddack, she was a US Department of Justice legal ethics advisor. And I talked to her about the revelations – now she is an advisor for Snowden – and she told me matter-of-factly and I was quite taken aback actually, she said that: ‘You know, all the journalists’, she said ‘there is no danger of injury or damage to National Security because all of the journalists run this stuff by the government first’. And I thought, she said it like it was a normal procedure – I guess it is in the US. My jaw just dropped, I was like ‘what the… what’s going on here? And yeah, so there you go. She said the Guardian does the same thing, she said anyone … it’s all vetted first. So, I mean, so basically these are revelations they want people to know about, because if there is anything damaging they tell the journalists – ‘well that’s a danger to national security’, and the journalists cut it out. Which, I found that shocking.

Murray: I am absolutely sure that it is true, but it is also interesting that journalists, and certainly in the UK. All the best media repeated the mantra again and again with regard to Bradley Manning’s revelations, and making of these revelations have put life at risk to people, this was Hillary Clinton’s great claim.

Robles: The woman responsible for so much death and destruction that her hands were almost bloodier than Bush’s, and she is going to talk about protecting lives, OK. I wonder if our Ambassador Stevens would have liked to have heard that from her. But anyway, I’m sorry, go ahead Sir.

Murray: No, well you’re quite right, because of course what Manning things revealing: illegal war, war crimes, killing of people, and despite the fact that all mainstream journalists again and again parrot it, and when people were interviewed on the subject of these revelations, journalists ask … I saw Glen Greenwald being very aggressively asked on BBC Hard Talk: was he not putting lives at risk, was he not putting lives at risk.

But the mainstream media have not been able to name one single person, not one single person who was killed as a result of Manning’s and Snowden’s revelations. And yet, there are undoubtedly millions of people being killed as the result of the illegal wars and war crimes that whistle-blowing has been revealing. … 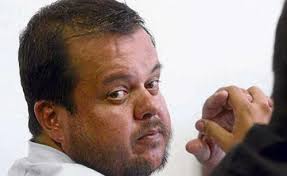