ABOUT THE AUTHOR – Edward M. Gomez, a former U.S. diplomat and staff reporter at TIME, has lived and worked in the U.S. and overseas, and speaks several languages. He has written for The New York Times, the Japan Times and the International Herald Tribune. 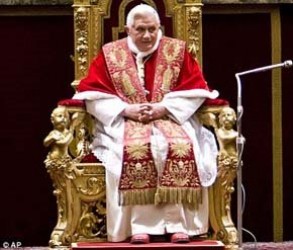 All dressed up to preach bigotry and intolerance at Christmastime: Pope Benedict XVI at the Vatican

Said the New York taxi driver to the American journalist several years ago in a heavy, Italian immigrant’s accent: “If ya no play-a da game, ya no can make-a da rules.”

The streetwise philosopher was commenting on the pronouncements of the late Pope John Paul II, the erstwhile head of the Roman Catholic Church who was known for preaching intolerance and bigotry under a cloak of good-sounding platitudes. That pontiff’s obligatory celibacy never stopped him from telling other people what to do – or not to do – with their bodies when it came to sexual matters.

Today, Pope Benedict XVI, the former Hitler Youth member who was once known as Cardinal Joseph Ratzinger, appears to continue his predecessor’s practice of encouraging hate in the guise of moral teaching (or whatever it is he thinks he’s disseminating). Noted the BBC earlier this year, shedding some insight on Benedict’s modus operandi: At the Vatican, before becoming a pope himself, “Ratzinger was head of the Congregation for the Doctrine of the Faith – once known as the Holy Office of the Inquisition – from 1981 until his election. His defense of church doctrine led to him be called ‘the Pope’s enforcer’ and ‘God’s rottweiler.’ Since his election [to the papacy], the Vatican has been at pains to portray a softer image.”

Now, from the We’re Not Making This Up Department come reports of the latest homo-hating public comments from one of the world’s most famous men in a fancy frock. Putting aside the essential messages of the Gospels of the Christian New Testament, that ancient tome whose mix of history and myth conveys to the world the very essence of Jesus Christ’s guiding philosophy of compassion, humility and unconditional love, Ratzinger-Benedict has stated he “believes that humanity should listen to ‘the language of creation’ to understand the roles of men and women” and has “called homosexual relationships ‘a destruction of God’s work.'” (Radio Netherlands)

At a Christmastime gathering of Roman Catholic Church honchos at the Vatican this week, Ratzinger-Benedict “said he believes it is as important to save transsexuals and homosexuals as it is to save the rain forests.” Ratzinger-Benedict said: “The tropical rain forests deserve our protection,…but man, as a creature, does not deserve any less.” (Radio Netherlands)

Never mind, for a moment, the inescapable – and hypocritical? – contradiction that underlies Ratzinger-Benedict’s theological-doctrinal thinking, for even as he seems to be getting his robe in a knot over the very presence of homosexual people in the world (there are none in the Roman Catholic Church, of course), the Holy One also appears to be forgetting that the Christian Old Testament, that other weighty text from which his institution derives its policies, explicitly states that all human beings are the single god of Christianity’s blessed creations. Marginal note from the Logic 101 textbook: If all human beings are blessed parts of the Christian god’s creation, and if all homosexuals are human beings, then all homosexuals also are blessed parts of the Christian god’s creation. To borrow a line from the popes’ collective job description, the laws of logic are infallible.’

Reporting on Ratzinger-Benedict’s latest utterings, the BBC notes: “He explained that defending God’s creation is not limited to saving the environment, but also protecting man from self-destruction….His words, later released to the media, emphasized his total rejection of gender theory.” The current pope “warned that gender theory blurs the distinction between male and female and could thus lead to the ‘self-destruction’ of the human race….Gender theory explores sexual orientation, the roles assigned by society to individuals according to their gender, and how people perceive their biological identity. Gay and transsexual groups, particularly in the United States, promote it as a key to understanding and tolerance, but the pope disagreed.”

Instead, Ratzinger-Benedict said that, “[w]hen the Roman Catholic Church defends God’s creation, ‘it does not only defend the earth, water and the air[,]…but [it] also protects man from his own destruction…. ‘” The BBC reports: “It is not ‘outmoded metaphysics’ to urge respect for the ‘nature of the human being as man and woman,’ he told scores of prelates gathered in the Vatican’s sumptuous Clementine Hall.”

Notes the British newspaper the Daily Mail: “This month, the Vatican opposed a proposed [United Nations] declaration, backed by all 27 European Union states, calling for an end to the practice of criminalizing and punishing people for their sexual orientation. The declaration was seen as an important condemnation of countries such as Iran and Saudi Arabia, where homosexuality can be punished by death.” 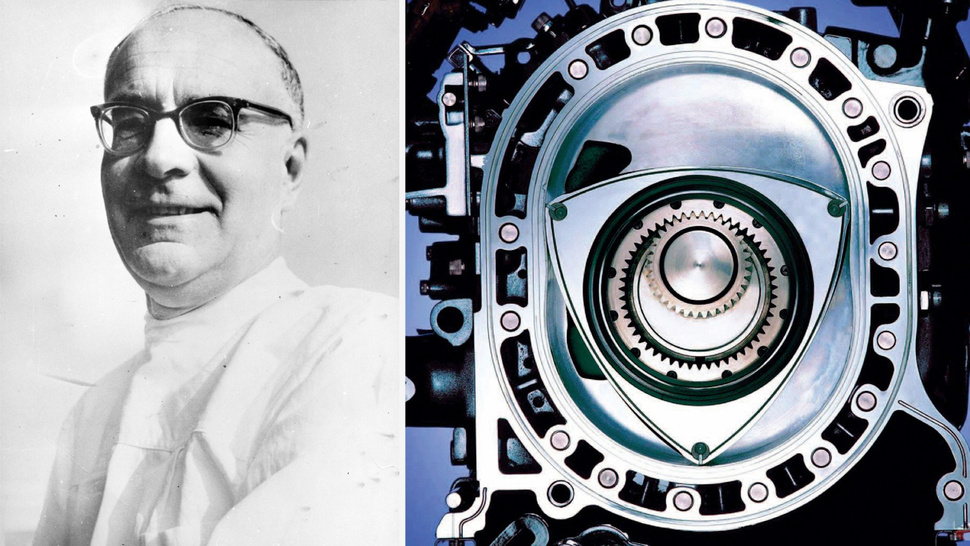