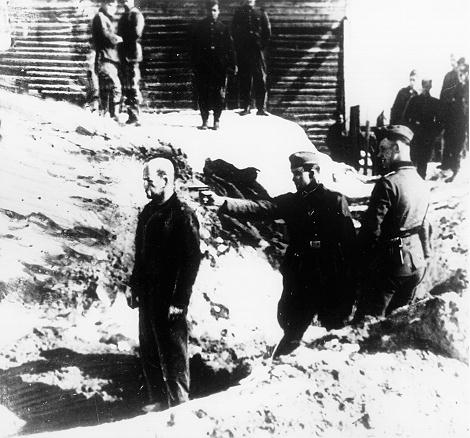 A demonstration by Waffen-SS veterans, which took place on Tuesday in the Latvian capital, is a “challenge for humanity” and should not be neglected by the international community, a senior Russian lawmaker said.

A total of 1,000 Latvian legionnaires and their supporters marched on Tuesday along a central Riga street towards the Freedom Monument, carrying national flags under escort by special police forces. The demonstration took place after a local court cancelled the decision by the Riga parliament, which banned the march following advice given by law enforcement agencies.

Mikhail Margelov, the chairman of the international affairs committee in Russia’s upper house of parliament, condemned the demonstration.

“This year, the whole civilized humanity will celebrate the 65th anniversary of victory over those for whom they marched today along the streets of Riga, and this march is nothing else but a challenge for the whole of humanity,” Margelov said.

The Latvian Anti-fascist Committee chairman, Eduard Goncharov, said three committee activists were detained during a meeting held near the Freedom Monument in protest against the Waffen-SS demonstration.

“Three of our guys were taken to a police station for identification checks although they had passports which they provided to the police,” Goncharov said.

Some 50 antifascists wearing prison costumes and carrying protest posters participated in the rally. Latvia annually holds demonstrations by former legionnaires of the Latvian Waffen-SS legion on March 16. The Baltic state’s president said two years ago that he did not consider the legionnaires, many of whom participated in mass killings of Jews, to be Nazis.

The Russian Federation Council chairman criticized the European Union for neglecting the demonstration, adding today’s Nazi activists’ power was not in their large numbers, but in the “indifference of society” to their activities.

“The fighter for European values – Brussels – is silent. I wonder whether Western capitals would be as indifferent to the march in Riga if the Waffen-SS were not only involved in punitive operations along the Eastern Front, but, for example, also participated in Die Wacht am Rhein operation in the Ardennes?” the Russian lawmaker said.

Die Wacht am Rhein, the Wehrmacht’s codename for the Ardennes Offensive also known as the Battle of the Bulge, was a major German offensive carried out at the end of World War II in the Ardennes Mountains region to defeat British and U.S. forces on the Western Front. The operation, the bloodiest of the battles that the United States experienced in World War II, claimed the lives of up to 108,000 U.S. soldiers, according to official estimates. British losses totaled 1,400.

Fighting for Latvia’s independence proclaimed by Waffen-SS veterans “turned them into playing the role of a service dog, annihilating civilians and participating in the Holocaust,” Margelov said.

WWII continues to be a contentious issue in relations between Russia and both Latvia and Estonia, over the Baltic states’ perceived glorification of Nazi collaborators. Parades in honor of Waffen-SS veterans, involving veterans from the Latvian Legion and the 20th Estonian SS Division and their supporters, are held annually in the two Baltic states.

In April 2007, Tallinn was hit by mass protests after Estonian authorities ordered the removal of a Soviet WWII monument, along with the graves of Soviet soldiers who fought against Hitler’s forces.

Previous Article
Pfizer
Next Article
Ohio: Fear and Loathing on the Far Right 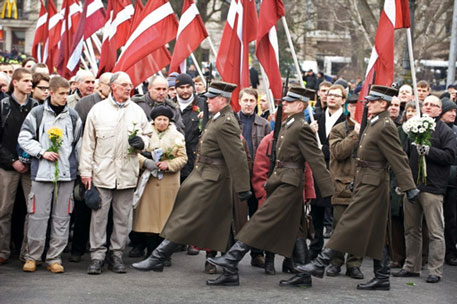 Ohio: Fear and Loathing on the Far Right
Mar 18