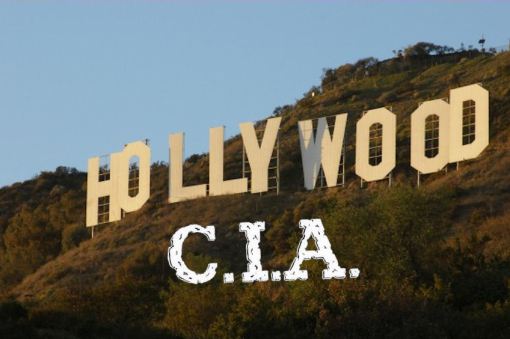 The Intelligence community is going to have to justify its relationship with Hollywood.

Senators Richard Burr and Dianne Feinstein, the Republican chairman and ranking Democrat on the Senate Intelligence Committee, included an amendment in the annua lintelligence-spending bill passed late last month that calls for the Director of National Intelligence to submit an annual report to congressional oversight committees detailing how the CIA and 15 other intelligence agencies interact with the entertainment industry.

The measure, which defines the entertainment industry broadly, follows a series of reports published by VICE News over the past year detailing the agency’s role in the production of 22 entertainment-related projects between 2006 and 2011. They included major motion pictures like Zero Dark Thirty and Argo; reality television series such as Top Chef; the cable drama series, Covert Affairs; and books including The Devil’s Light by Richard North Patterson. In the case of Zero Dark Thirty, writer and producer Mark Boal and Katherine Bigelow gave CIA officers involved in the operation that resulted in the killing of Osama bin Laden gifts including dinners, fake pearl earrings, a bottle of tequila, and tickets to a Prada fashion show. The filmmakers, in turn, got access.

In some instances CIA officials disclosed classified information to producers and writers. An investigation by the CIA’s inspector general (IG) into the agency’s dealings with Bigelow and Boal identified several potential criminal violations of federal law, such as the bribery of public officials and witnesses, by the filmmakers. (The Senate Intelligence Committee receives classified versions of the CIA’s IG reports at the time they are finalized. It appears that the catalyst behind the amendment is news stories detailing the CIA’s relationship with Hollywood.)

Section 306 of the committee report on the bill published last week relating to the amendment would rein in the intelligence agencies, including the CIA, that provide “support” to entertainment projects. The Burr-Feinstein amendment mandates that the Director of National Intelligence, who oversees the 16 agencies that make up the Intelligence Community, issue an annual report that includes “a description of the nature, duration, costs, and results of each engagement, as well as a certification that each engagement did not result in a disclosure of classified information and whether any information was declassified for the disclosure.”

Earlier this year, the CIA’s director of public affairs, Dean Boyd, told VICE News that when the CIA engages with the entertainment industry, “CIA’s priority is the protection of classified material and national security equities, while ensuring an informed, balanced portrayal of the women and men of CIA.”

But the Burr-Feinstein amendment states that the relationship has no upside. The amendment notes the “engagements, described in partially declassified inspector general reports,” such as those obtained by VICE News, “cost taxpayer dollars, raise potential ethics concerns, increase the risk of disclosure of classified information, and consume the time and attention of Intelligence Community personnel responsible for United States national security.”

“Neither the production of entertainment nor the self-promotion of Intelligence Community entities are legitimate purposes for these engagements,” the amendment further states.

Other intelligence agencies have also provided support to the entertainment industry, but not to the extent that the CIA has.

It’s unclear whether the amendment would effectively put an end to the CIA’s relationship with Hollywood, although that seems unlikely. A spokesperson for the CIA was not immediately available to comment about the amendment. Burr’s office also did not respond to specific questions about the measure.

The Intelligence Authorization bill still needs to be voted on by the full Senate. A date has not yet been scheduled.