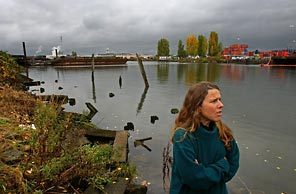 The choices in the draft plan range in estimated cost from $220 million to $1.3 billion, and in duration from four years to more than four decades, The Seattle Times reported. They call for dredging and removing nearly 300 acres of toxic sediments, capping pollutants with rock, letting nature take its course, or some combination of all three.

But those most closely tied to the cleanup say that after a century of industrial pollution, the Duwamish is unlikely to ever be pristine. Anglers will still be advised to avoid regularly eating certain fish. That's a concern for neighborhood groups that have spent years complaining that their blighted river doesn't seem to receive the same attention as others.

"If everything in there works, it would be 90 percent cleaner, but that remaining 10 percent has serious health impacts on the low-income, immigrant and tribal people who are out there every day catching fish," said BJ Cummings, with the Duwamish River Cleanup Coalition. "We have a menu of options that basically guarantees failure in meeting that basic goal." 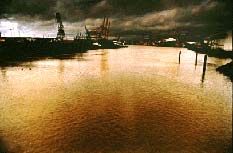 Contractors are already preparing to demolish one of the most contaminated buildings along the Duwamish River: Boeing Co.'s Plant 2, where the airplane maker once produced B-17 bombers. Years ago, state and federal investigators ordered King County, the city of Seattle, the Port of Seattle and Boeing to begin cleaning up a handful of the most dangerous sites, such as Plant 2.

Boeing reached an agreement with federal prosecutors this year to restore fish habitat in Seattle's Duwamish Waterway and pay $2 million to settle federal charges that it broke environmental laws by dumping oil and other toxic substances.

The overall cleanup bill would be paid by Boeing, local taxpayers and an assortment of South Seattle businesses, The Times reported.

The river cuts through Seattle's Georgetown and South Park neighborhoods. High levels of long-lasting polychlorinated biphenyls and other toxic substances are in river sediments and along its shorelines, and more comes in every day.

The $66 million already being spent on early work, such as the razing of the Boeing plant, alone will reduce river contamination by nearly half. EPA predicts each of the remaining cleanup options ultimately could reduce contamination by about 90 percent.

Halting the pollution running off all the toxic sites and into the river will itself take years and millions of dollars more. Pollution from the Green River upstream is expected to continue flushing into the Duwamish for decades.

"We live in an urban environment; there are a lot of urban places where you can't drink surface water," said Steve Tochko, environmental remediation manager for Boeing. "Eating fish from urban areas is in the same category. It's why we have fish-consumption advisories around every urban area in the Puget Sound region. If you really want a place where there're no fish advisories you generally have to get to a place where there are no people."

Eventually, the Port of Seattle and the city will be responsible for a significant portion of the cleanup work, and officials with those agencies aren't willing to identify which options they prefer. But it's clear they don't support the most expensive and slowest one, which relies almost exclusively on dredging and removing most of the sediments.

The city's program manager for the Duwamish, Dave Schuchardt, said officials should take cost and disruption to the Seattle's trade corridor into account.

The EPA is expected to put together a final list of cleanup options next year and choose one of the options in 2012.

Why Did Former Bush-Administration Official Wind Up Dead In A Delaware Landfill?