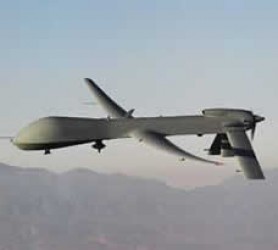 The Sacramento Police Department is developing an unmanned aircraft to be used for surveillance at crime scenes and other emergencies.

The department is seeking approval from the Federal Aviation Administration to operate the Unmanned Aerial Vehicle (UAV), which will be unveiled Thursday at a press conference, officials said.

The 12-pound aircraft will have the ability to transmit real-time video and infrared images to police officers on the ground and in helicopters, Police Chief Albert Najera said. Officials see the drone as a cost-effective alternative to police helicopters.

Similar devices are being tested in Miami and Houston, but no police departments have put unmanned aircraft into use.

“It’s mind-boggling when we start brainstorming of how we can use it,” Najera said.