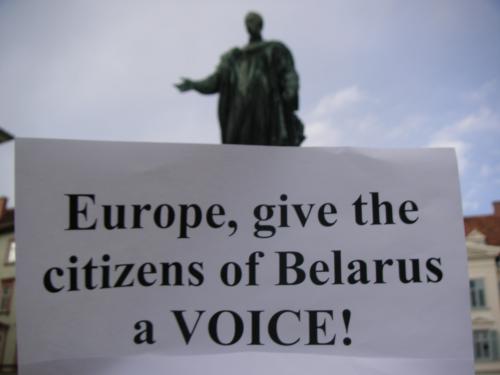 A Russian television station Friday charged that neighbouring Belarus had a death squad to get rid of political opponents, as Moscow mounted further media attacks on President Alexander Lukashenko.

Russia's pro-government NTV network broadcast a report on disappearances of politicians in Belarus that included testimony of a person said to have served in the death squad that had eliminated Lukashenko's political opponents.

"It was presented as being in the interest of the country, the president," said Dmitry Novichek.

He said other members of the elite squad had told him of participating in the killings of opposition leaders Viktor Gonchar and Yuri Zakharenko in 1999.

A number of Belarussion political leaders disappeared in 1999 as tensions and opposition grew to Lukashenko's rule.

While Belarusian security services closely monitored the activities of opposition leaders, the authorities said they were unable to solve the disappearances.

Lukashenko, who has ruled Belarus since 1994, is seeking a fourth term in office in a Dec. 19 election. Famously once slammed by the United States as "Europe's last dictator," the mercurial Lukashenko has in recent months made more positive noises to the West and become increasingly unpredictable toward Russia, which was formerly his stalwart supporter.

Russian media have sought to lay the knife into the Belarusian leader and officials have signalled they won't support him in the upcoming election.