Ron Paul's newsletter: "The criminals who terrorize our cities -- in riots and on every non-riot day -- are not exclusively young black males, but they largely are. As children, they are trained to hate whites ... to steal and loot as much money from the white enemy as possible." 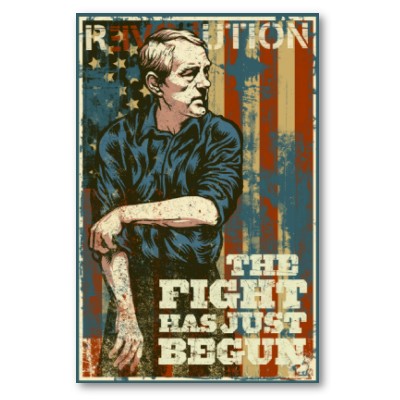 WASHINGTON -- A series of newsletters in the name of GOP presidential hopeful Ron Paul contain several racist remarks -- including one that says order was restored to Los Angeles after the 1992 riots when blacks went "to pick up their welfare checks."

CNN recently obtained the newsletters -- written in the 1990s and one from the late 1980s -- after a report was published about their existence in The New Republic.

None of the newsletters CNN found says who wrote them, but each was published under Paul's name between his stints as a U.S. congressman from Texas.

Paul told CNN's "The Situation Room" Thursday that he didn't write any of the offensive articles and has "no idea" who did.

Paul said he had never even read the articles with the racist comments.

See the newsletter excerpts for yourself »

"I do repudiate everything that is written along those lines," he said, adding he wanted to "make sure everybody knew where I stood on this position because it's obviously wrong."

But that's not good enough, says one political veteran.

"These stories may be very old in Ron Paul's life, but they're very new to the American public and they deserve to be totally ventilated," said David Gergen, a CNN senior political analyst. "I must say I don't think there's an excuse in politics to have something go out under your name and say, 'Oh by the way, I didn't write that.'"

Paul, who is not considered a front-runner, has become an Internet phenomenon in the current race, raising tens of millions of dollars from a devoted online base, many of them young people drawn to his libertarian straight talk.

See where the money is coming from »

The controversial newsletters include rants against the Israeli lobby, gays, AIDS victims and Martin Luther King Jr. -- described as a "pro-Communist philanderer." One newsletter, from June 1992, right after the LA riots, says "order was only restored in L.A. when it came time for the blacks to pick up their welfare checks."

Another says, "The criminals who terrorize our cities -- in riots and on every non-riot day -- are not exclusively young black males, but they largely are. As children, they are trained to hate whites, to believe that white oppression is responsible for all black ills, to 'fight the power,' to steal and loot as much money from the white enemy as possible."

In some excerpts, the reader may be led to believe the words are indeed from Paul, a resident of Lake Jackson, Texas. In the "Ron Paul Political Report" from October 1992, the writer describes carjacking as the "hip-hop thing to do among the urban youth who play unsuspecting whites like pianos."

The author then offers advice from others on how to avoid being carjacked, including "an ex-cop I know," and says, "I frankly don't know what to make of such advice, but even in my little town of Lake Jackson, Texas, I've urged everyone in my family to know how to use a gun in self defense. For the animals are coming."

In his interview with CNN, Paul said that's language he would never use. "People who know me, nobody is going to believe this," he said. "That's just not my language. It's not my life."

He added, "Martin Luther King, Rosa Parks, Ghandi, they're the heroes [of my life]."

Matt Welch, the editor-in-chief of Reason magazine who shares some of Paul's beliefs on big government, says he has never heard the congressman make racist comments like those in the newsletters.

"What I think some people are looking for him to do is to say, 'OK, who wrote that?' I mean, there's 20 years, give or take, worth of newsletters there," Welch said.

Paul said the editor of publications "is responsible for daily activities." But he also cited "transition" and "changes" and said that some people were hired to write stories "but I didn't know their names."

The presidential hopeful described the newsletter revelations as a "rehash" of old material dug up by his opponents because he is gaining ground with black voters due to his stance against the war in Iraq and the war on drugs.

"I am the anti-racist because I am the only candidate -- Republican or Democrat -- who would protect the minority against these vicious drug laws," he said.

"Libertarians are incapable of being a racist, because racism is a collectivist idea."