Bitburg: GOP Reagan Nostalgia Neglects to Mention the Day He Forgave the Waffen SS for the Holocaust

The “Bitburg Controversy” of 1985 constituted one of the most acrimonious confrontations between any U.S. administration and the American Jewish community. At stake was the planned visit by President Ronald Reagan in the company of West German Chancellor Helmut Kohl to the Bitburg Military Cemetery, which contained the graves of 49 members of the Waffen-SS.

Ostensibly, Kohl invited Reagan to accompany him to a German military cemetery during the state visit to celebrate the normalization of relations between their two countries on the 40th anniversary of the end of World War II. In fact, however, ever since coming to power in 1982, the conservative Kohl had endeavored to rehabilitate as many Germans who had served the Third Reich as possible. In 1983, for example, his government had removed the veterans’ organizations of the Waffen-SS from a list of extremist right-wing groups on which the West German Ministry of Interior was required to make annual reports to Parliament, and Kohl had repeatedly blocked demands by the opposition Social Democrats to ban the highly controversial reunions of former Waffen-SS members. Kohl’s request to have Reagan go to Bitburg was thus part of a strategy to rewrite recent German history and curry favor with the most reactionary elements of the West German electorate.

Reagan’s planned trip to Germany first drew fire because it did not include a stop at the site of a Nazi concentration camp. At a press conference on March 21, 1985, Reagan explained that “since the German people have very few alive that remember even the war, and certainly none of them who were adults and participating in any way … they have a feeling and a guilt feeling that’s been imposed upon them.” Thus, he considered a visit to a concentration camp “unnecessary.”

Reagan’s comments drew a sharp response from Menachem Z. Rosensaft, the founding chairman of the International Network of Children of Jewish Holocaust Survivors. Writing in The New York Times on March 30, he pointed out that all Germans who were the same age as the president certainly remembered the war, and that two years earlier he had told a gathering of thousands of Holocaust survivors that the Holocaust must never be forgotten. Rosensaft noted that while it was “politically advantageous for [Reagan] to speak about the Holocaust to Jewish audiences in the United States, he does not want to risk offending anyone – even Nazis – in Germany.”

On April 11, the White House announced that the Bitburg cemetery was on Reagan’s itinerary, and that Reagan and Kohl would lay a wreath there “in a spirit of reconciliation, in a spirit of forty years of peace, in a spirit of economic and military compatibility.” Kenneth J. Bialkin, chairman of the Conference of Presidents of Major Jewish Organizations, called Reagan’s decision to visit Bitburg but not Dachau “deeply offensive,” and noted author and Holocaust survivor Elie Wiesel, then chairman of the United States Holocaust Memorial Council, told The New York Times that he could not believe that the president “would visit a German military cemetery and refuse to visit Dachau or any other concentration camp.”

At a press conference on April 18, Reagan made matters worse by appearing to equate dead German soldiers with the victims of the Holocaust. “They were victims,” he said of the soldiers buried at Bitburg, “just as surely as the victims in the concentration camps.” Reagan’s comments drew angry responses from American Jewish leaders. Rabbi Alexander Schindler, president of the Union of American Hebrew Congregations, described Reagan’s remarks as a “distortion of history, a perversion of language, and a callous offense to the Jewish community.”

A long-scheduled ceremony in the White House on April 19, awarding, the Congressional Medal of Achievement, provided the charismatic Wiesel with an unprecedented opportunity to publicly confront the White House on national television. Despite fierce pressure to mute the confrontation with Reagan, whose strong support of Israel was valued, Wiesel implored him not to go to Bitburg. “That place,” he told the president during a nationally televised White House ceremony, “is not your place. Your place is with the victims of the ss.” Other Jewish leaders similarly called on Reagan to reconsider, as did 53 U.S. senators on April 15, and 101 members of the U.S. House of Representatives on April 19 in bipartisan letters to the president.

Immediately after the public castigation by Elie Wiesel, the White House announced that Bergen-Belsen had been added to the president’s German itinerary. Two days later, Menachem Rosensaft, addressing thousands of Holocaust survivors gathered in Philadelphia, called on survivors, children of survivors, and American war veterans to confront Reagan at the gates of Bergen-Belsen. If the president insisted “on going to Bitburg,” Rosensaft said, “we do not need him and we do not want him in Bergen-Belsen.”

Former President Richard Nixon, former Secretary of State Henry Kissinger, and conservative columnist William F. Buckley, among others, endorsed the Bitburg visit, and several public opinion polls indicated that only about 52 percent of Americans were opposed to it. West German officials, meanwhile, pressured the Reagan Administration to stand fast. On April 19, Alfred Dregger, the chairman of Kohl’s parliamentary group, wrote to U.S. senators who had urged Reagan to change his itinerary that his only brother had died on the Eastern Front in 1944, and that “If you call upon your President to refrain from the noble gesture he plans to make at the military cemetery in Bitburg, I must consider this to be an insult to my brother and my comrades who were killed in action.”

Reagan’s insistence on going through with the Bitburg visit, and his attempt to combine back-to-back tributes to the Jewish victims of the Holocaust at Bergen-Belsen and to German soldiers at Bitburg, served primarily to offend the Jewish community and Holocaust survivors and their families. “President Reagan and Chancellor Kohl have embarked on a macabre tour, an obscene package deal, of Bergen-Belsen and Bitburg,” declared Menachem Rosensaft at a protest demonstration at Bergen-Belsen on May 5, minutes after the two leaders had left for Bitburg. “Today we say to them that they can either honor the memory of the victims of Belsen, or they can honor the ss. They cannot do both. And by entering Bitburg, they desecrate the memory of all those who were murdered by the ss, and of all those whom they pretended to commemorate here at Belsen.” Bitburg Cemetery after the ceremony
In a short speech at the U.S. Air Force base at Bitburg on May 5, Reagan said: “Our duty today is to mourn the human wreckage of totalitarianism, and today, in Bitburg Cemetery, we commemorated the potential good and humanity that was consumed back then, 40 years ago.” President Reagan and West German Chancellor Helmut Kohl spoke about the importance of Holocaust remembrance beside the mass-graves of the Nazi concentration camp of Bergen-Belsen, and then proceeded to the Bitburg military cemetery where they participated in a wreath-laying in memory of German soldiers killed during World War II. The visit to Bergen-Belsen was widely seen as a desperate attempt by the White House staff to deflect the controversy over Reagan’s agreement to join Kohl at Bitburg during the president’s long-planned state visit to Germany.

In fact, however, as a New York Times editorial observed on May 6, Reagan’s decision to go through with the Bitburg visit was a “blunder,” one of the few times that he lost a confrontation in the court of public opinion. Known as the great communicator, Reagan found that Wiesel and others could get their message across to the mass media and the normally sure-footed White House was reeling. From the perspective of two decades, the German chancellor attempt to rehabilitate the reputation of the Waffen-SS has also failed. New research and public exhibitions in German museums further link them to the crimes of the Holocaust. It was, however, regarded by many observers as one of American Jewry’s finest moment, when in the words of Wiesel, “truth was spoken to power.” 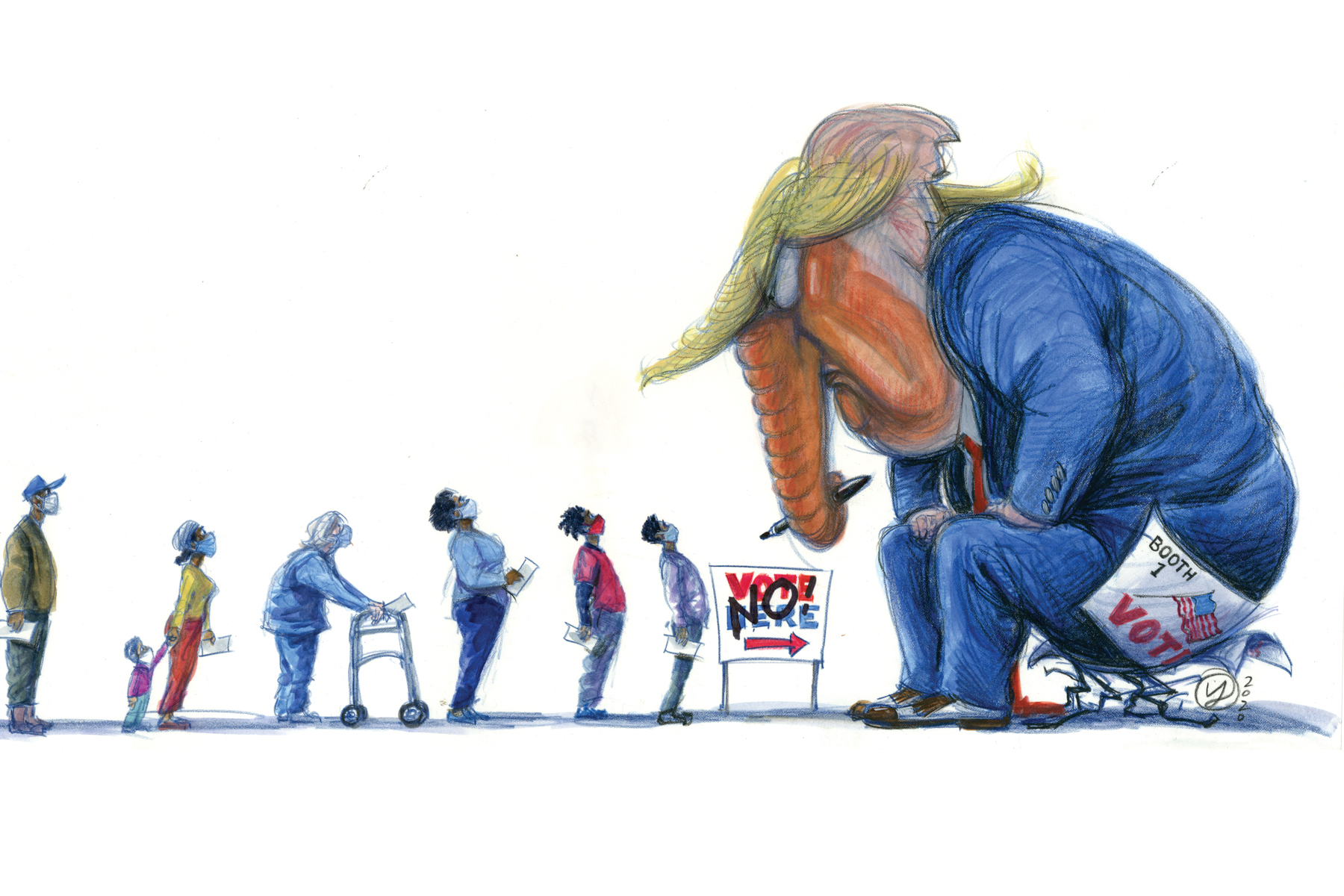 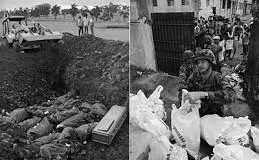