Review of “Jackals: The Stench of American Fascism” by Alex Constantine 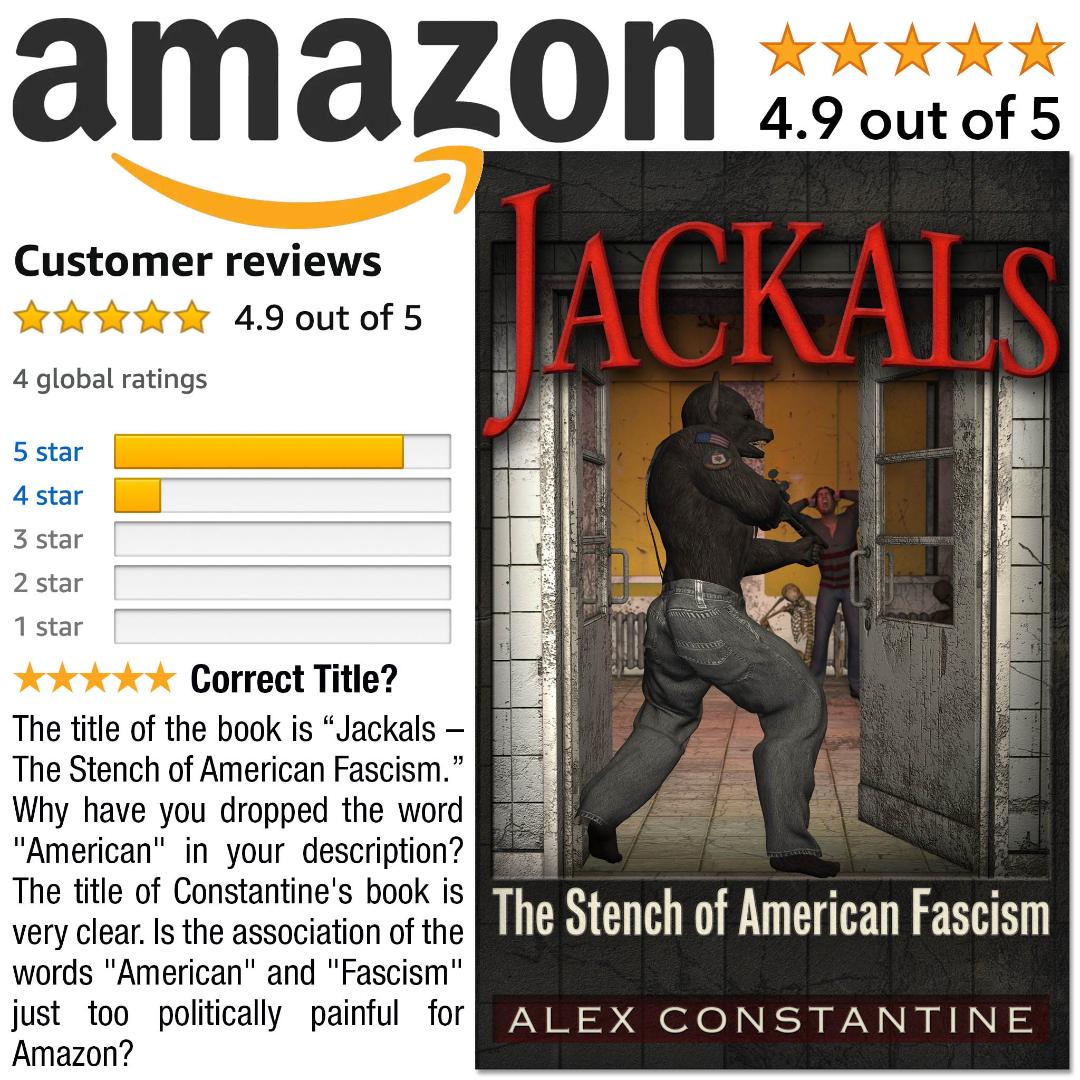 Before Adolf Hitler’s election in 1933, the staff of The Munich Post first condemned the Nazi Party by publishing an editorial against the “corrupt leader of the German fascists” in August 1920. The Post continued publishing denouncements of Hitler and his jackal pack, especially in the newspaper’s final years before its printing presses were shut down by the new regime. Its reporters and editors were subsequently arrested and sent to concentration camps.
Writing at a time before fascist billionaire Donald Trump took the reins of the Oval Office, journalist Alex Constantine explains his motivation for authoring Jackals: The Stench of American Fascism:
“Anti-fascist warnings are still coming nearly a century after the emergence of Hitler. The humanitarian spirit that drove the editors of the Munich Post to oppose the senseless political violence propagated by the ruling class of Germany survives in this book to oppose the senseless political violence propagated by the ruling class of America’s blighted democracy.” (Pg. 307)
Constantine has authored one of the most important (and overlooked) books of 2016 with Jackals, published by TrineDay last March. An investigative polemic delivered in the courageous tradition of anti-fascist reporter George Seldes and radio researcher Mae Brussell, Jackals is a revised edition of an e-book previously made available at the website The Constantine Report (an invaluable journalism resource) titled: Terror on the Right. Constantine’s latest work explores the alarming ties between the “domestic intelligence underground and the far-right political establishment and the media.”
There is nothing new about the working relationship between the Neoconservatives (Neo-Cons) and the Alt-Right (“Alternative Right”) or earlier movements such as the “Tea Party” receiving corporate funding despite its perceived “grassroots” orientation. Americans tend to forget (not that they were properly informed in the first place) that fascist regimes were elevated into power by broad nationalist movements based on militant reaction, made possible by the financial and institutional support from the ruling class of each nation in question. History professor F L. Carsten notes the differences, and more importantly the similarities, between the reactionary groups of Europe in his book The Rise of Fascism (1967):

“Although these movements differed widely from country to country, there were certain features which they had in common. They were violently nationalist-—a nationalism very different from that of nineteenth-century conservative or liberal groups, so much so that the term ‘the new Right’ has been coined to describe them. They were also, in most cases, strongly anti-Semitic, using the Jews as a convenient scapegoat for the ills of capitalist society. Finally, they were appealing not only to the middle and lower middles classes, but also to the lower classes, attempting to wean them from the ideals of socialism and internationalism, and to provide a popular basis for the new movements.” (Pgs. 10-11)

THE SIEGE OF THE CAPITOL: ALL ROADS LEAD TO ROBERT MERCER
Alex Constantine Feb 02